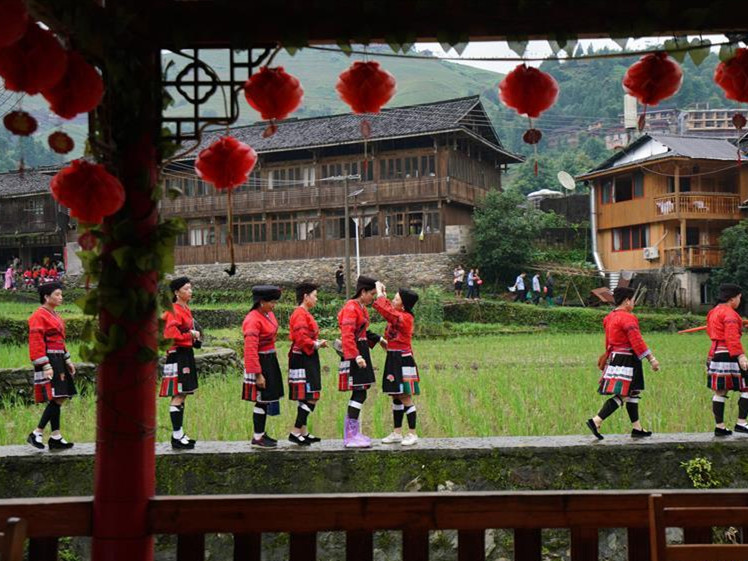 Every sixth day of the sixth lunar month, young people will bring clothes and shoes to the yard and spread them out on bamboo mats or hang them on bamboo poles for sun exposure. The whole stockade is colorful, mainly red, and becomes an "ocean" of clothes. After three to four hours, people will put the clothes back in place.

In the evening, people in the village wave to the sinking sun to express their gratitude and reverence to the sun. During the one-day festival, the people of the Yao ethnic group take part in folk performances like dancing and singing.

The celebration the Multinational Autonomous County of Longsheng, Guangxi has an extremely rural atmosphere with ethnic characteristics, which attracts thousands of tourists from home and abroad to the scene. It has become a highlight of the tourist industry.