Actor Jussie Smollett's character on "Empire" will be removed from the final two episodes of this season in the wake of his arrest on charges that he staged a racist, anti-gay attack on himself last month in downtown Chicago, producers of the Fox TV show announced Friday. 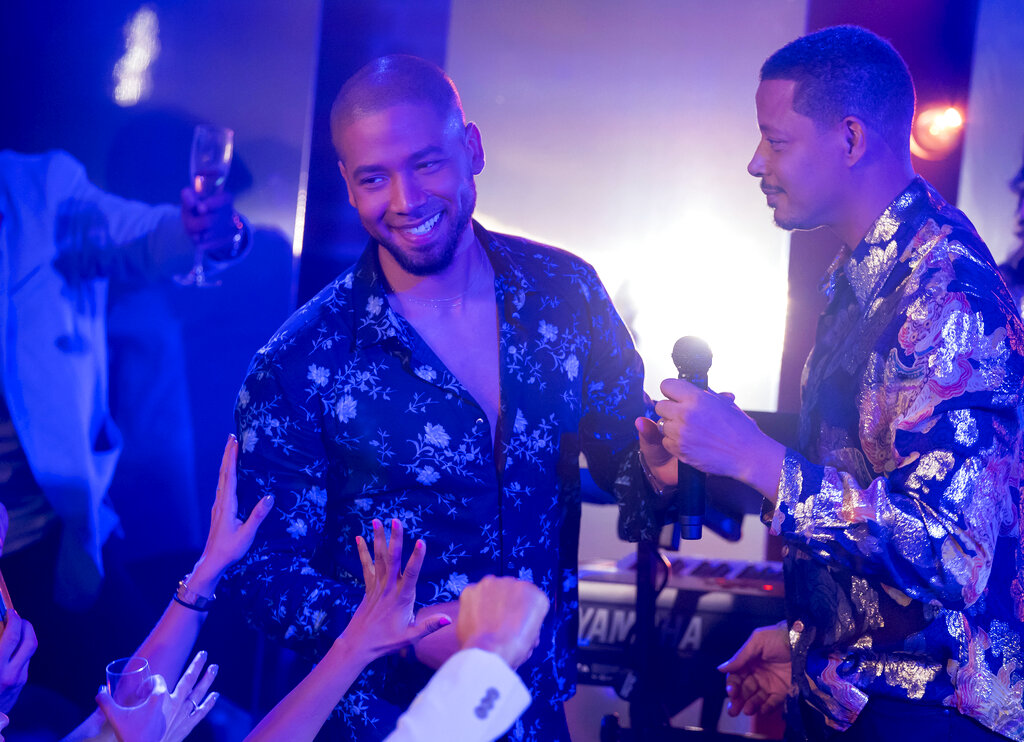 This image released by Fox shows Jussie Smollett, left, and Terrence Howard in a scene from the "The Depth of Grief" episode of "Empire," which originally aired on Oct. 31. (Photo: AP)

The announcement came a day after Smollett turned himself in to police, appeared in court on a felony charge of disorderly conduct for allegedly filing a false police report, and left jail after posting bond.

"While these allegations are very disturbing, we are placing our trust in the legal system as the process plays," ''Empire" executive producers Lee Daniels, Danny Strong, Brett Mahoney, Brian Grazer, Sanaa Hamri, Francie Calfo and Dennis Hammer said in a written statement. "We are also aware of the effects of this process on the cast and crew members who work on our show and to avoid further disruption on set, we have decided to remove the role of 'Jamal' from the final two episodes of the season."

The series is on a midseason break and returns March 13 with nine episodes. The last two episodes of the fifth season were still being made when Smollett was charged. At this point, Smollett is part of the seven already completed episodes. 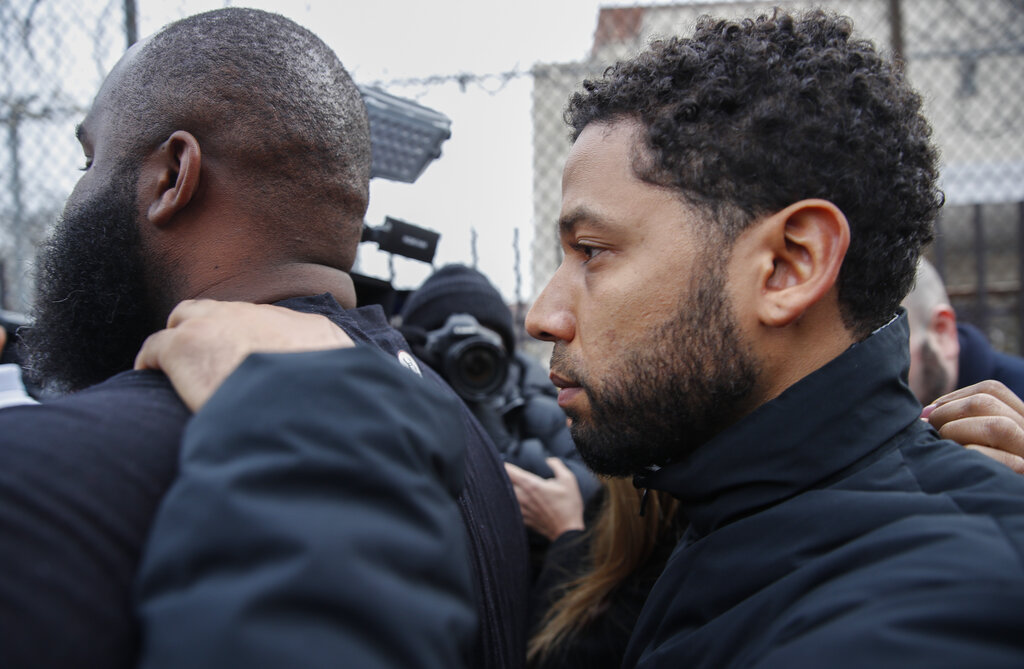 Smollett, who is black and gay, plays a gay character on the show that follows a black family as they navigate the ups and downs of the recording industry.

Police said Smollett planned the hoax because he was unhappy with his salary and wanted to promote his career. Before the attack, he also sent a letter that threatened him to the Chicago studio where "Empire" is shot, police said.

As authorities laid out their case against Smollett, the narrative that emerged Thursday sounded like that of a filmmaker who wrote, cast, directed and starred in a short movie.

Prosecutors said Smollett gave detailed instructions to the accomplices who helped him stage the attack in January, including telling them specific slurs to yell, urging them to shout "MAGA country" and even pointing out a surveillance camera that he thought would record the beating.

"I believe Mr. Smollett wanted it on camera," police Superintendent Eddie Johnson told reporters at a Thursday morning news conference. "But unfortunately that particular camera wasn't pointed in that direction."

"The presumption of innocence, a bedrock in the search for justice, was trampled upon at the expense of Mr. Smollett," the statement read.

Smollett is earning more than $100,000 per episode, according to a person familiar with the situation. The person spoke on condition of anonymity because salary details were involved. The studio declined to comment on the actor's salary.

As is customary with a successful TV series, regular cast members on "Empire" received a boost in pay as part of contract extensions that followed the drama's renewal for a second season, the person said.

Smollett is counted among the series regulars.