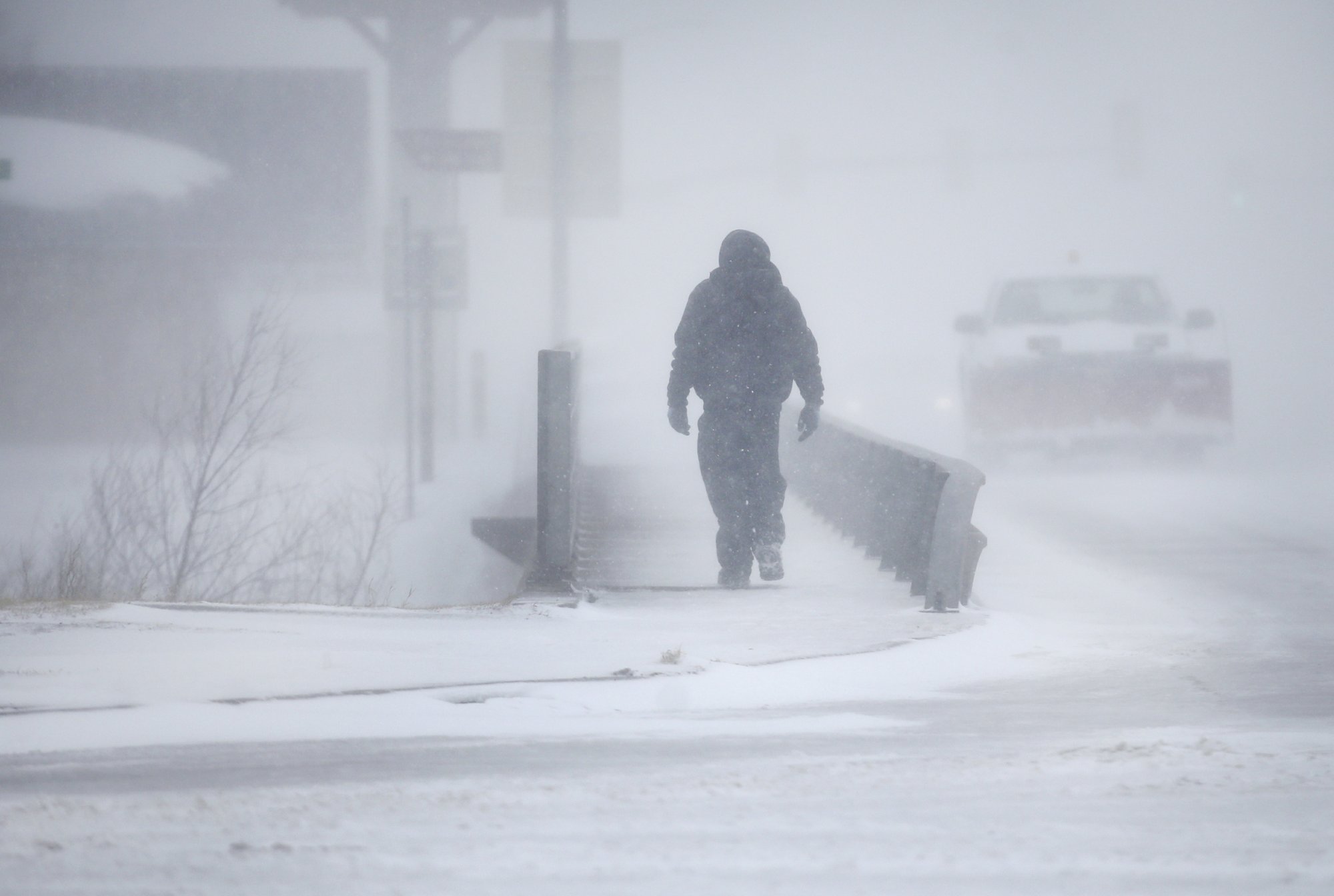 A vast, window-rattling late winter storm brought blizzards, high winds, rain and the threat of tornadoes to more than 25 states Wednesday, stretching from the northern Rocky Mountains to Texas and beyond.

“This is a very epic cyclone,” said Greg Carbin, chief of forecast operations for the National Oceanic and Atmospheric Administration’s Weather Prediction Center. “We’re looking at something that will go down in the history books.”

It could develop into the worst storm of its type in 35 or 40 years, he said.

Blowing snow forced major highways to close in Colorado, Nebraska, South Dakota and Wyoming, and about 1,000 flights were canceled at the Denver airport.

A wind gust of 92 mph (148 kph) was recorded in the mountains northwest of Denver. Many schools and government offices closed for the day.

Rural roads were swamped by high water in Nebraska and Iowa, and forecasters said more flooding was on the way. Severe thunderstorms in North Texas damaged buildings and flipped over small planes parked at an airport.

Forecasters in Iowa warned that rain and melting snow could worsen flooding already underway in low-lying areas. Nebraska was bracing for heavy rains.

Forecasters said the winds could pile up snow into deep drifts.

The storm could last through Friday.

The culprit was a sudden and severe drop in ground-level air pressure in Colorado, the most pronounced dive since 1950, Carbin said. It was caused by a combination of the jet stream and normal conditions in the wind shadow of the Rockies.

Air rushed into the low-pressure area and then rose into the atmosphere.

“It’s like a vacuum cleaner, really,” Carbin said. And when that much air rushes higher into the atmosphere, it causes severe weather.