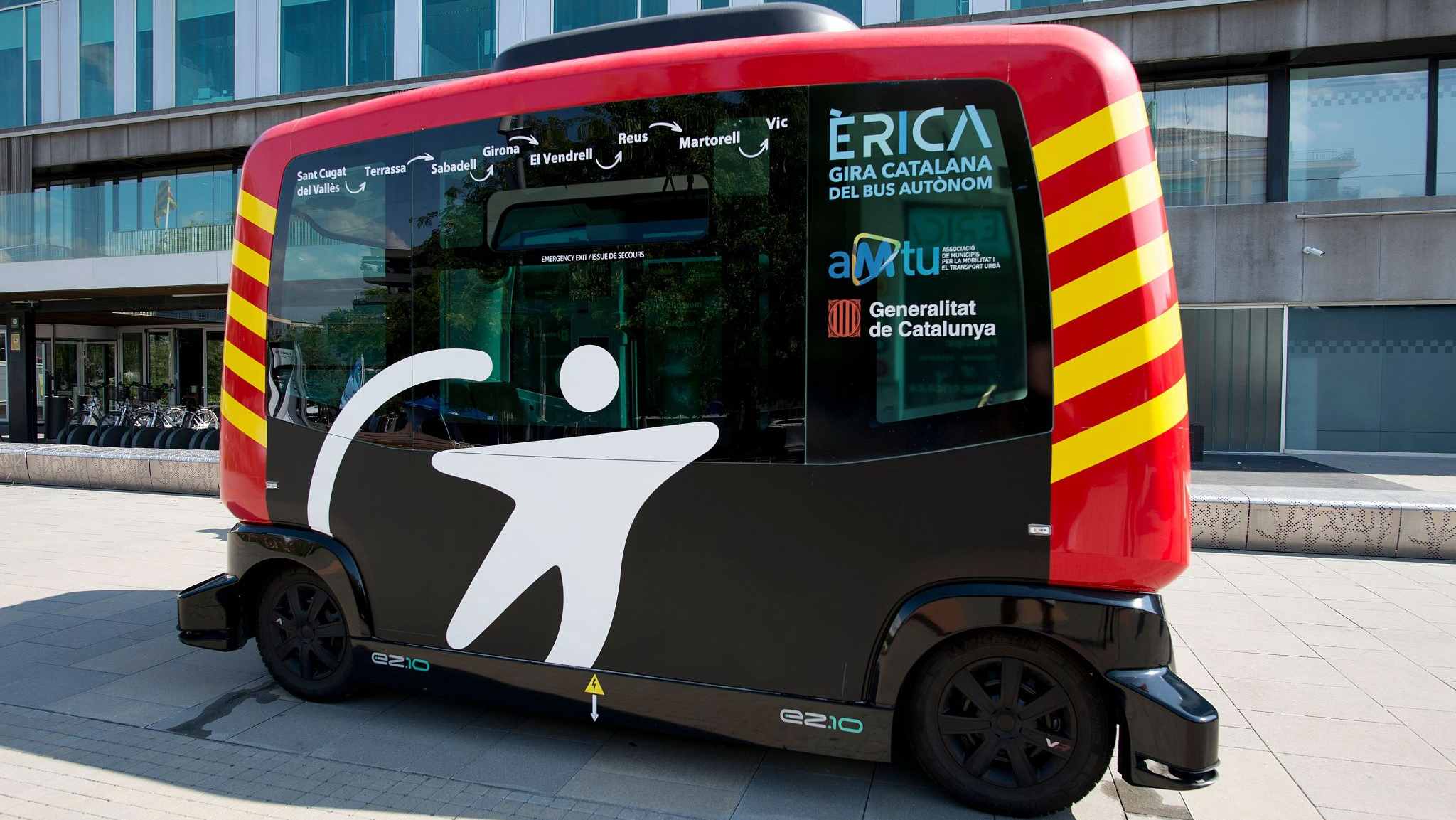 "Erica," the first driverless autonomous bus in Spain's Catalonia, went on a road test in the town of Sant Cugat del Vallès on Friday. (Photo: VCG) 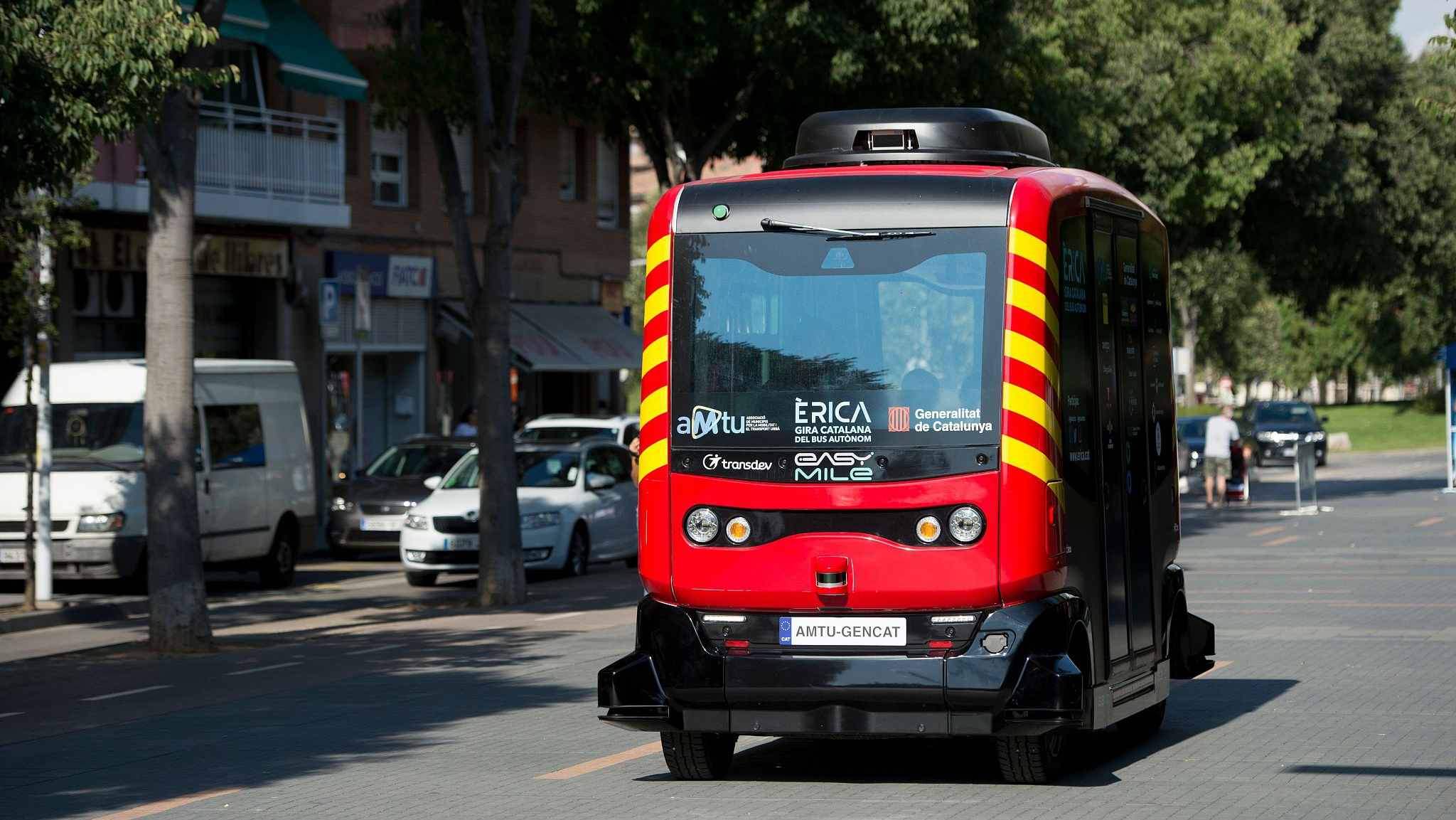 Supported by the Department of Territory and Sustainability, the vehicle is also part of a project promoted by the Association of Municipalities for Urban Transport. (Photo: VCG) 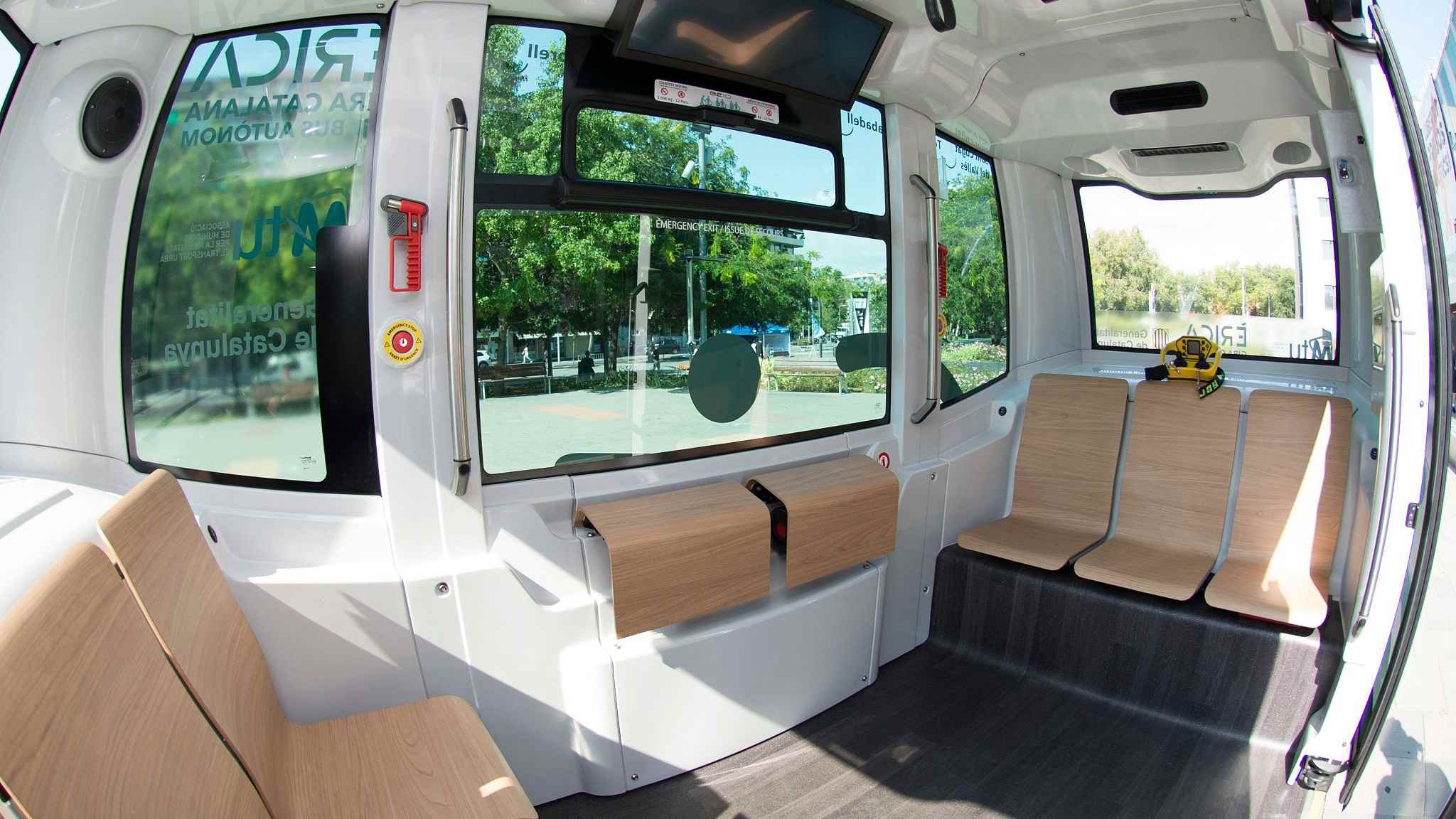 Not as big as a normal bus, the driverless vehicle is only equipped with six seats and the small area between the two rows of seats could also accommodate several passengers. (Photo: VCG) 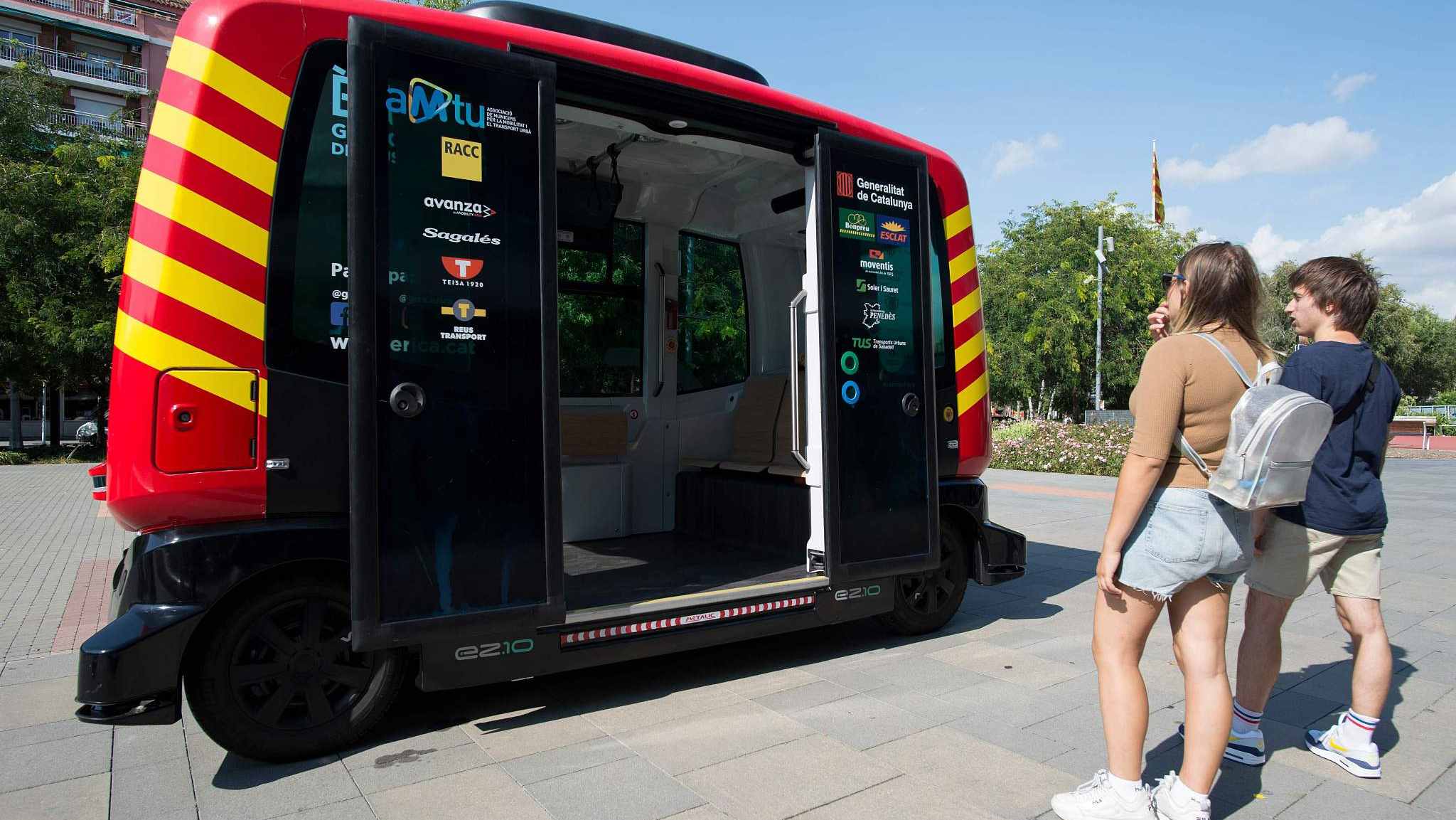 Running on the street, the driverless vehicle drew the attention of passersby and some of them even stopped and took a look at the vehicle inside. "Erica" will also be tested in eight other towns in Catalonia in the next two months. (Photo: VCG)