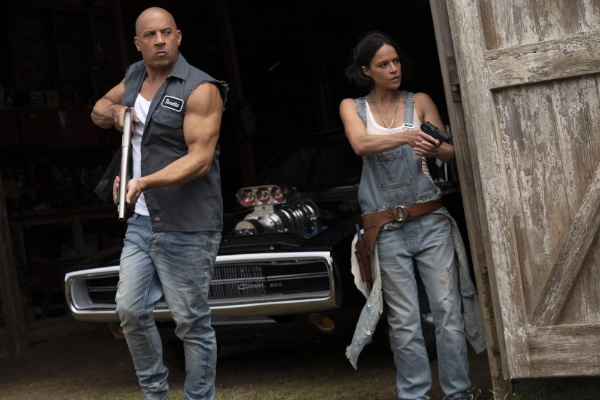 A scene in the upcoming F9 film. (Photo provided to China Daily)

Despite the onslaught of two newcomers, "F9: The Fast Saga" successfully held its ground on the Chinese box office chart on Saturday, according to China Movie Data Information Network.

The latest installment in the Fast and Furious action franchise raked in 56.27 million yuan (about 8.81 million U.S. dollars) on Saturday, leading to a cumulative box office of almost 1.15 billion yuan.

Animation film "Stand by Me Doraemon 2" knocked sci-fi horror film "A Quiet Place Part II" out of the second place on the daily chart, grossing 43.93 million yuan on Saturday. Both premiered on Friday.

"A Quiet Place Part II" slid to third, ending the day with around 39.93 million yuan.