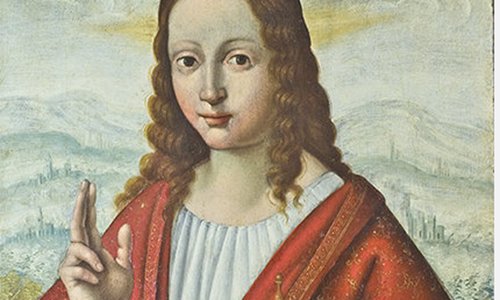 "It is probably the worst facsimile version of Saint John the Baptist ever, with stiff lines and John's twisted face so far from the original," a student majoring in art at CAFA told the Global Times on Wednesday.

Art exhibitors must shoulder their responsibility to spread culture and cultivate aesthetic values, You Yong, a doctorate student in CAFA asserted.

"So they should strive to reach certain standards instead of collecting mediocre works to fool audiences," You said.

The Beijing exhibition promoter, Italian art historian Nicola Barbatelli is mired in controversy for claiming to have located a lost da Vinci: the Lucan Portrait.

The University of Malta refused to exhibit the work when its academic experts determined the painting did not qualify for attribution to the Renaissance artist.

The controversial painting is now said to be the highlight of the CAFA exhibition.

CAFA could not be contacted by the Global Times as of press time.