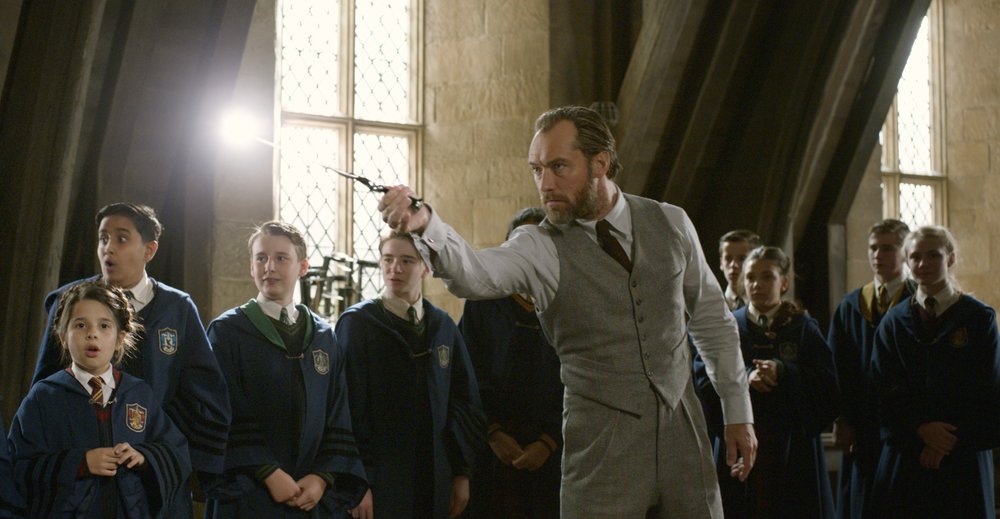 Jude Law in a scene from "Fantastic Beasts: The Crimes of Grindelvald."  (Photo: AP)

LOS ANGELES (AP) — “Fantastic Beasts: The Crimes of Grindelwald” worked its magic at the weekend box office and opened as the top film.

The latest offering from the Harry Potter universe earned $62.2 million for Warner Bros. in the United States and Canada, according to studio estimates Sunday.

That fell short of the opening of the first film in the series, 2016′s “Fantastic Beasts and Where to Find Them,” which debuted with $74 million in a similar November release and went on to earn $234 million in the U.S. and Canada.

Last week’s top film, “Dr. Seuss’ The Grinch,” was second with $38.1 million, bringing its domestic tally to $126 million for Universal after two weekends.

“Bohemian Rhapsody” is still rocking, taking third place with $15.7 million for a total of $127 million.