'Ferry Man' musical set to make a splash on stage 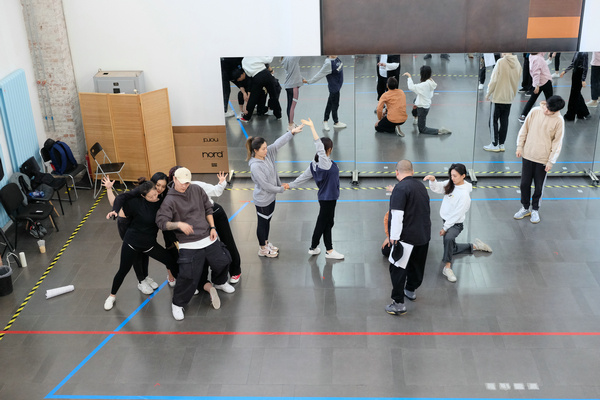 Chinese fantasy-romance series, The Ferry Man, which premiered in 2014 online and has been adapted into TV series for three seasons, will take on a new look as a Chinese musical production. Its new name will be Soul Ferry.

The story centers on Xia Dongqing, who grew up in an orphanage and has a secret ability to see ghosts. Xia and his friends, Zhao Li and Wang Xiaoya, help the souls of the dead to fulfill their last wishes.

The musical will be premiered on Nov 27 and will run to Nov 29 with five performances at Tianqiao Performing Arts Center in Beijing. Next year a nationwide tour will encompass 100 shows.

"The story touched me," says Ma Da, the musical's director and lyricist. "Rather than a supernatural series, it is about giving a full closure to our lives as human beings."

The three seasons of the TV series, based on the web novel of the same name written by Xiao Jixiangtian, have attracted 500 million hits and gained a large fan base, according to Ma.

"How to appeal to the fans of the TV series while being loyal to the original novel is challenging for the creative team," says Ma, who graduated from Shanghai Theatre Academy in 2009 and majored in directing. He has been working with the Shanghai Opera House since graduation.

With a theme of eternity, the musical production also combines the original novel with stories from Shan Hai Jing, or The Classic of Mountains and Seas, a 2,000-year-old collection of mythic geography, animals and folklore.

Steampunk elements like mirrors and gear wheels are mixed into the musical, according to stage designer Wang Lifeng.

"We compare the world to a heavy, big machine, which runs day and night. All the creatures in the world are gear wheels. Nothing can stop the machine from running and moving forward," Wang says. "The musical is about eternal return, which means that life comes in a full circle."

Like the stage design, the music pieces are also mixed with various elements, according to Zhang Xiaozhen, its musical director. "We showcase a number of music styles, such as rock, punk, electronic and traditional Chinese operas. Since the story is about life and death, we've tried to create a mysterious world for the musical," says Zhang, a graduate of electronic music composition from the Central Conservatory of Music.

According to Guo Jingyu, a veteran director and scriptwriter who launched the TV series, The Ferry Man, the musical fulfills his dream of returning to the theater, confessing that, before his directorial career took off, 29 years ago, he had been working in various positions at a small theater in Chengde, Hebei province. "I will never forget the charm of the theater, especially the connection between actors and the audience," says Guo.

The musical started to hire actors in mid-August and the cast was completed last month. Actors Fang Xiaodong and Li Chenxi will play the protagonist Xia Dongqing. The ferry man named Zhao Li, who carries the souls of the dead into the other world, will be performed by actors Yu Yi, Deng Jinghong and Xu Hao. So far, rehearsals have exceeded 200 hours over 20 days, says Yu Tingting, deputy general manager of One World Culture Communication, a producer of the musical.