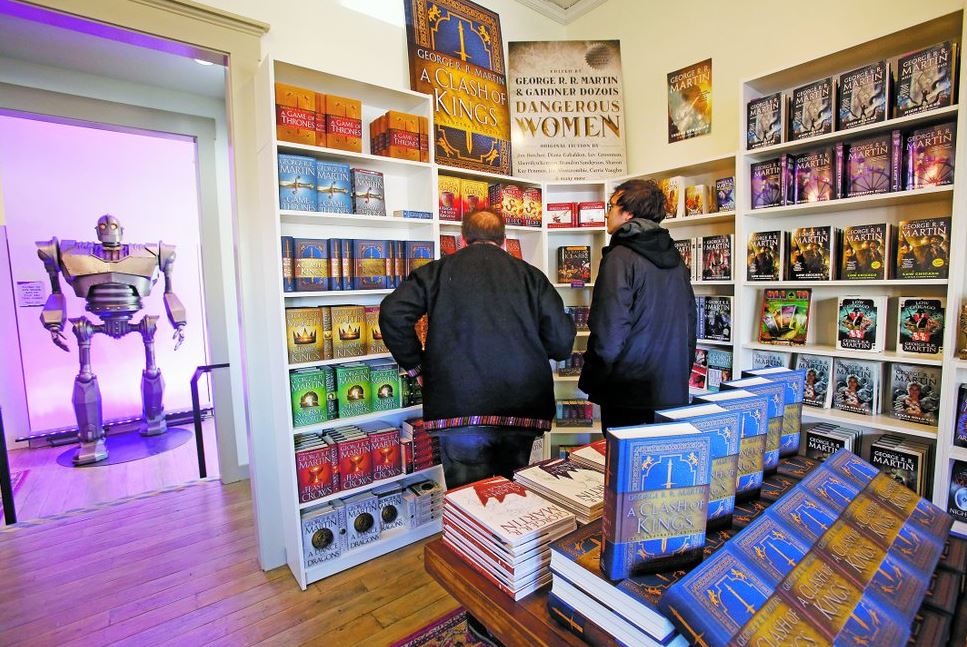 The fantasy writer quietly opened Beastly Books last month in Santa Fe next to the movie theater he revived in 2013, the Santa Fe New Mexican reported.

The shop sells books by him and by local authors and “Game of Thrones” merchandise.

Martin, a longtime Santa Fe resident, wrote on his blog that he opened the bookstore in part because the lobby of his Jean Cocteau Cinema theater was too small to display books by visiting authors.

He will serve as “chief world builder” for a permanent installation inside a multidimensional Santa Fe mystery house.

Martin’s novel series, “A Song of Ice and Fire,” inspired the HBO TV show “Game of Thrones.” It aired its eighth and final season in May.