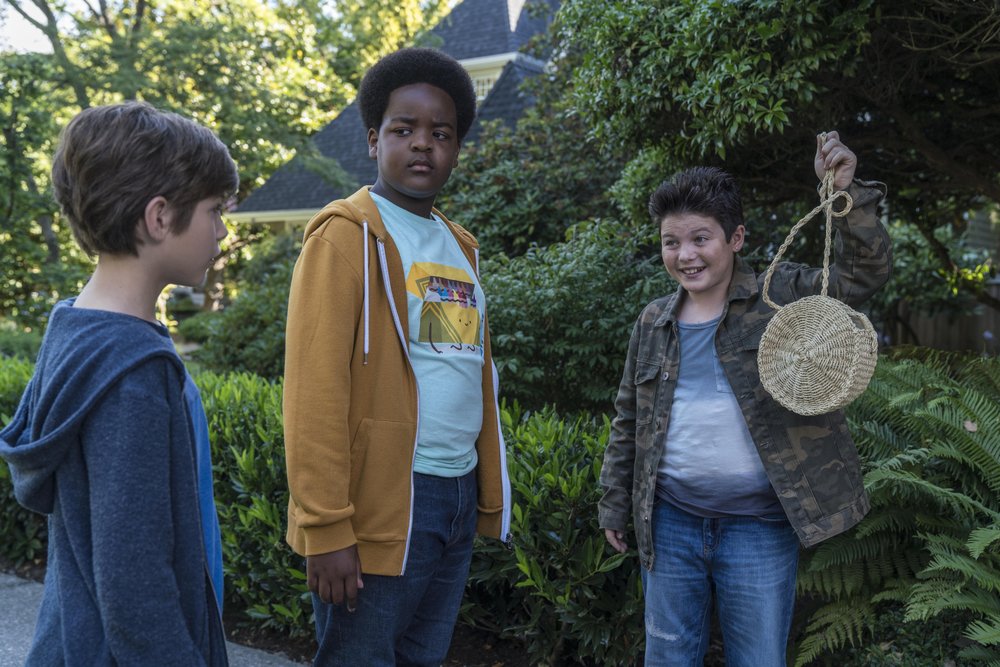 This image released by Universal Pictures shows Jacob Tremblay, from left, as Max, Keith L. Williams as Lucas and Brady Noon as Thor in the film, 'Good Boys,' written by Lee Eisenberg and Gene Stupnitsky and directed by Stupnitsky. (Photo: AP)

"Good Boys" has been the first R-rated comedy film which scored a top spot in North America in three years since 2016's "The Boss." Directed by Gene Stupnitsky and starring Jacob Tremblay, Brady Noon and Keith L. Williams, the film tells the story of three sixth grade boys who ditch school and embark on an epic journey.

"Good Boys" received a "B+" rating from moviegoers on CinemaScore and an 80-percent certified fresh rating on review aggregator Rotten Tomatoes.

With "Good Boys," Universal matches Disney with six films that have reached the No. 1 position at the North American box office this year, according to Comscore.

Directed by David Leitch, the film is a spin-off of "The Fast and the Furious" franchise. Dwayne Johnson and Jason Statham form an unlikely alliance in the battle against a terrorist organization threatening the world with a deadly virus.

Disney's "The Lion King" came in third with an estimated 11.9 million dollars in its fifth weekend, pushing its North American total to 496.1 million dollars for a global cume of 1,435.2 million dollars through Sunday. Directed by Jon Favreau, it is a photo-realistic remake of Disney's 1994 animated film of the same name.

CBS Films, eOne and Lionsgate's horror film "Scary Stories to Tell in the Dark" finished fifth with an estimated 10.05 million dollars in its second weekend, pushing its North American total to 40.21 million dollars through Sunday. Directed by Andre Ovredal and produced by Guillermo del Toro, the PG-13 film was based on the best-selling children's horror book series of the same name by Alvin Schwartz.