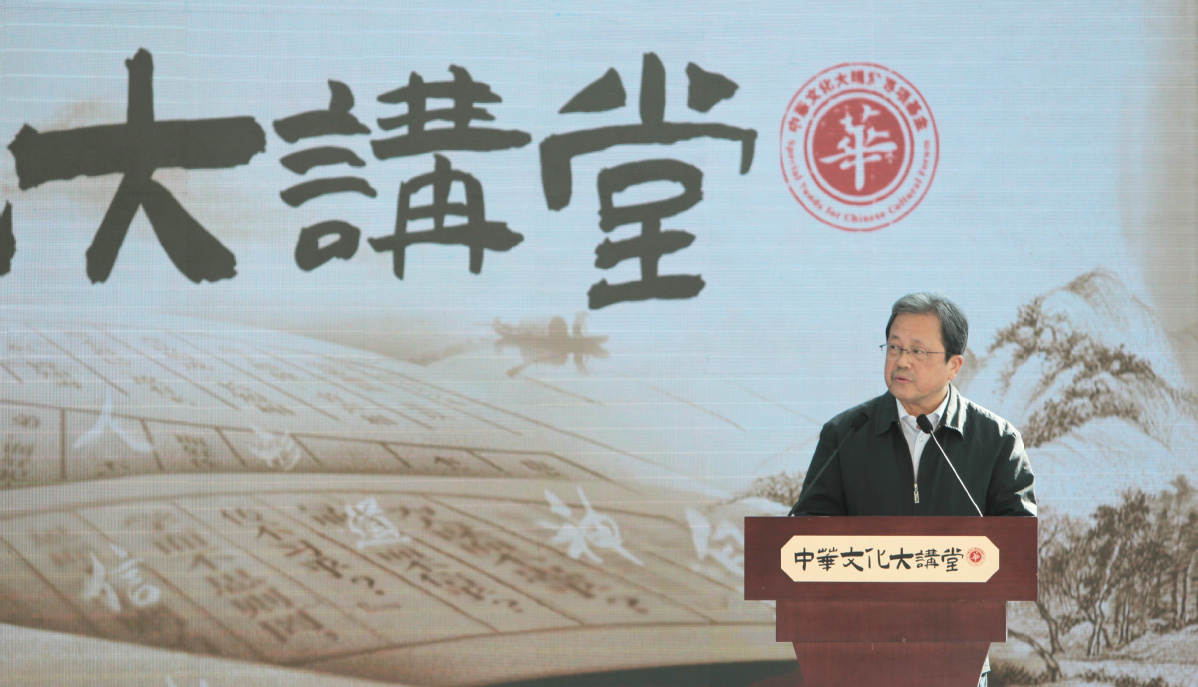 Feng Yuan, deputy curator of the Central Museum of Literature and History, delivers a speech. (Photos provided to China Daily)

The Central Museum of Literature and History launched the national boutique project "Chinese Culture Lecture Hall" in Beijing on Oct 22, in an attempt to boost cultural self-confidence among the average Chinese.

The hall underwent two years of preparation, and invited more than 130 librarians, researchers and experts from across the country to take part in lectures, forums and exhibitions.

At the launch ceremony, Feng Yuan, deputy curator of the Central Museum of Literature and History, said that the hall, a grand event to promote the spirit of Chinese culture, has gained a wide range of popularity.

Zhang Meiying, the general counsel of the hall, the vice-chairman of the 10th and 11th National Committee of the Chinese People's Political Consultative Conference and the former first vice-chairman of the Democratic League Central Committee, said that China must unremittingly promote the excellent traditional Chinese culture, so that Chinese culture can be inherited and developed in the exchange with the world's diverse cultures and civilizations. Culture also acts as a social glue and buffer. In the interaction between Chinese culture and world civilization, only by dialogue on an equal footing and learning from each other can we seek common ground while reserving differences and achieve harmony and common prosperity. 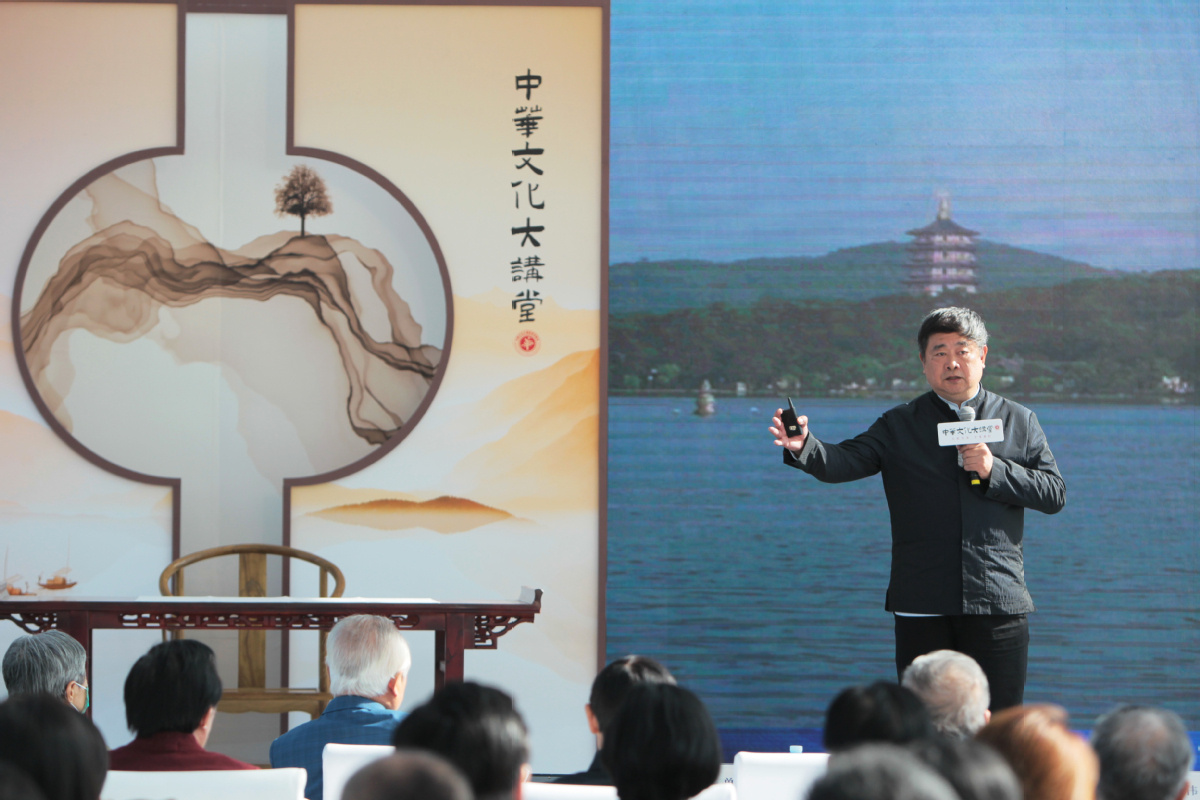 Shan Jixiang, director of the organizing committee of the lecture hall, special researcher of the Central Museum of Literature and History.

Shan Jixiang, director of the organizing committee of the lecture hall, special researcher of the Central Museum of Literature and History, shared the long-term plan of the "hall. The lecture hall gathered hundreds of experts to actively respond to the public's enthusiasm for cultural learning, which enables the master and the people have a "super cultural connection".

The hall series of activities are aimed at studying Chinese civilization and promoting Chinese culture as the core goal, emphasizing the connection between culture and the people's learning, life, and growth.

The Central Museum of Literature and History will lead the expert committees to start from Beijing to carry out multi-city tour sharing, and take the lead in landing in Fujian, Guizhou, Shanxi, Shanghai and other provinces. Through cross-border cooperation, various forms of online and offline interactions will be used. The "Chinese Culture Lecture Hall" also aims at "Culture Going Out", and promoting dialogue and integration of Chinese aesthetics and lifestyle with the world.

After the launch ceremony, Shan Jixiang said he will also share the experience during his tenure as the president of the Palace Museum, and stand on the front line of sharing the essence of Chinese culture.