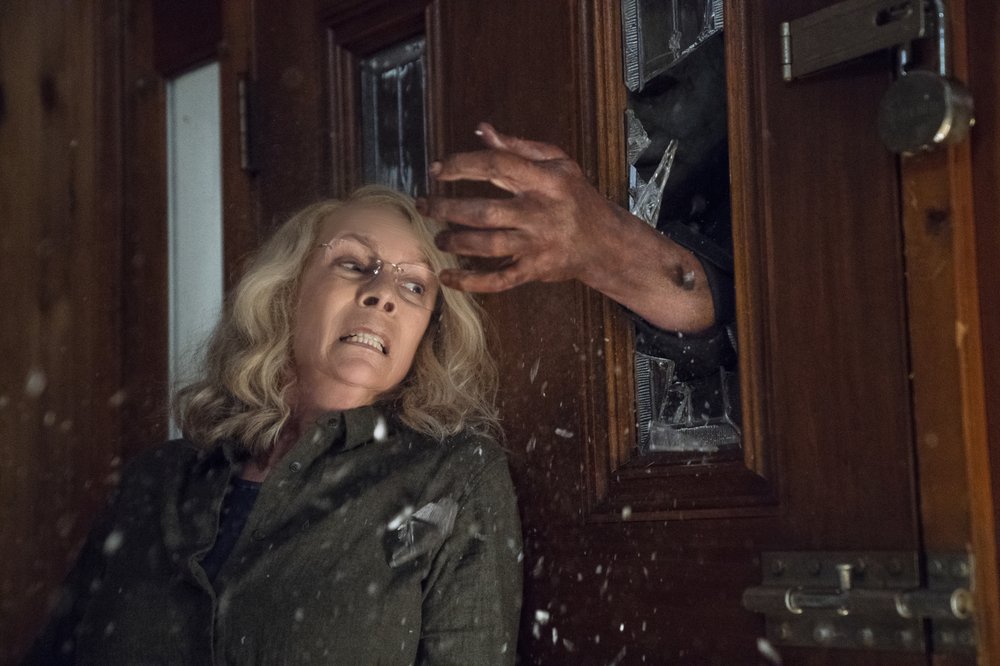 Forty years after he first appeared in theaters, Michael Myers is still drawing huge audiences for a good scare.

It captured first place at the box office with the second-highest horror opening of all time, behind last year’s “It.”

It also marked the second highest October opening ever behind “Venom’s” $80.3 million launch earlier this month.

The studio also says it’s the biggest movie opening ever with a female lead over 55, in star Jamie Lee Curtis.

David Gordon Green directed “Halloween,” which brings back Curtis as Laurie Strode and Nick Castle as Michael Myers and essentially ignores the events of the other sequels and spinoffs aside from John Carpenter’s original.

Reviews have been largely positive for the new installment, with an 80 percent fresh rating on Rotten Tomatoes and a B+ Cinema Score from audiences that were mostly older (59 percent over 25) and male (53 percent). Internationally, “Halloween” earned $14.3 million from 23 markets.

Blumhouse, the shop behind “Get Out” and numerous other modestly budgeted horror films, co-produced “Halloween.” It cost only $10 million to make.

“You take the nostalgia for ‘Halloween,’ especially with the return of Jamie Lee Curtis, and you combine that with the Blumhouse brand and its contemporary currency in the genre and it just made for a ridiculously potent combination at the box office this weekend,” said Jim Orr, Universal’s president of domestic distribution.

With 10 days to go until the holiday, including another weekend, the studio expects “Halloween” to enjoy a much longer life than typical horror films that usually drop off significantly after the first weekend.

“Halloween” was enough to bump the comic-book film “Venom” out of the No. 1 spot and into third place. In its third weekend in theaters, it collected $18.1 million, bringing its domestic total to $171.1 million.

Meanwhile “A Star Is Born” held on to second place in its third weekend with $19.3 million. The Bradley Cooper and Lady Gaga drama has grossed $126.4 million from North American theaters and is cruising to break $200 million worldwide Sunday.

It was a particularly busy week at the box office as critically acclaimed films such as the young adult adaptation “The Hate U Give” and the Robert Redford swan song “The Old Man & The Gun” expanded nationwide after a few weeks in limited release.

A number of well-received indies also made their debuts. At the top was Jonah Hill’s directorial debut “Mid90s,” which opened in four theaters with $249,500 (or a $62,375 per theater average).

The Melissa McCarthy film “Can You Ever Forgive Me,” about the literary forger Lee Israel, grossed $150,000 in five locations.

October has never been a particularly strong box office month, but 2018 has helped to change that. The weekend was up nearly 72 percent from the same weekend last October and the year to date is up nearly 11 percent.

“The industry is on a major roll right now,” said comScore senior media analyst Paul Dergarabedian. “Audiences are responding to movies big and small right now — You can have your cinematic fast food and fine dining all at once right now. The movie-going experience is as viable and relevant as ever.”

Estimated ticket sales for Friday through Sunday at international theaters (excluding the U.S. and Canada), according to comScore: