Director Peng Damo and his crew members pose for photos at the premiere of "Hello Mr. Billionaire" held in Beijing, July 24, 2018. [Photo / China.org.cn]

The film, directed by Yan Fei and Peng Damo, collected a staggering haul of 897 million yuan (US$131.34 million) in three days, beating its strong rival, Tsui Hark's "Detective Dee: The Four Heavenly Kings," which grossed 294 million (US$43 million) over the weekend.

The two films captured 90 percent of the total gross of all films currently screened in China, according to Maoyan, a Chinese ticketing platform and box office database.

The explosive opening indicated the audience's faith in Mahua FunAge, a leading theatrical comedy troupe which has staged over 1,200 performances of 15 plays and two musicals throughout China since 2003. In recent years. it began producing films based on their comedy stage shows â€“ something the market evidently demanded after a movie season full of complicated emotions, ambitions and artistic visions.

Mahua FunAge has become a towering comedy brand in the Chinese film industry, while "Hello Mr. Billionaire" is the second production by directors Yan Fei and Peng Damo. They created "Goodbye Mr. Loser" in 2015 which grossed 1.44 billion yuan (US$210 million) and the movie was a dark-horse miracle in the film industry. Mahua FunAge's second comedy film based on its own stage play, "Never Say Die," grossed 2.21 billion yuan (US$323.8 million) in 2017.

Actor Shen Teng, who became a household name after starring in "Goodbye Mr. Loser," teamed up with the duo Yan and Peng again this time. He played a loser who suddenly faces a life-changing opportunity to inherit 30 billion yuan (US$4.38 billion) from a rich relative, on condition that he can legally accomplish the challenge of spending all of the 1 billion yuan (US$146.32 million) in one month. The film also stars actress Vivian Sung, and actors Zhang Yiming and Allen Ai. Superstar singer Wang Leehom also has a cameo performance.

The film is not adapted from any of Mahua FunAge's renowned stage plays, rather, it is based on the novel "Brewster's Millions" written by George Barr McCutcheon in 1902. Reportedly, the novel or its same-titled Broadway play has been adapted into films twelve times before.

As for its reception, critics and audiences' ratings are far more mixed than those for other Mahua FunAge productions. Detractors abhor the "vulgarities" and "low taste" of the "nouveau riche" showcased in the film while the supporters consider it just fun and satire. On film review aggregation website Douban.com, it only has a rating of 6.9/10 from over 100,600 users, much lower than the phenomenal tearjerker "Dying to Survive," which currently has a rating of 8.9/10 and grossed 3.03 billion yuan (US$444.46 million) in the Chinese market.

On an interesting side note, Mahua FunAge's real film production of its own, "Hello, Mrs. Money," the third comedy film based on a comedy stage show developed by the troupe for years, just announced it will hit Chinese theaters on Sept. 30 to join the competitive National Day holiday race against other rivals including Zhang Yimou's new film "Shadow." Based on its title and synopsis, "Hello, Mrs. Money" will also be a comedy about money. 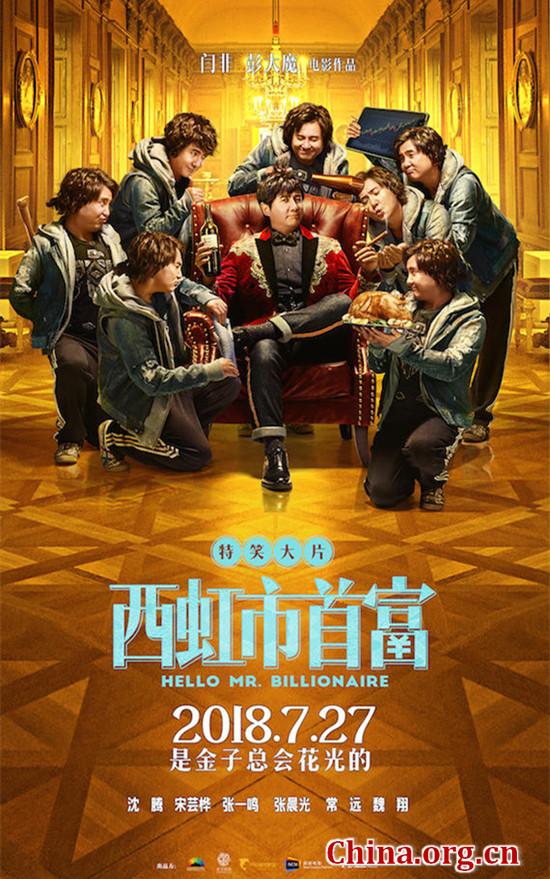