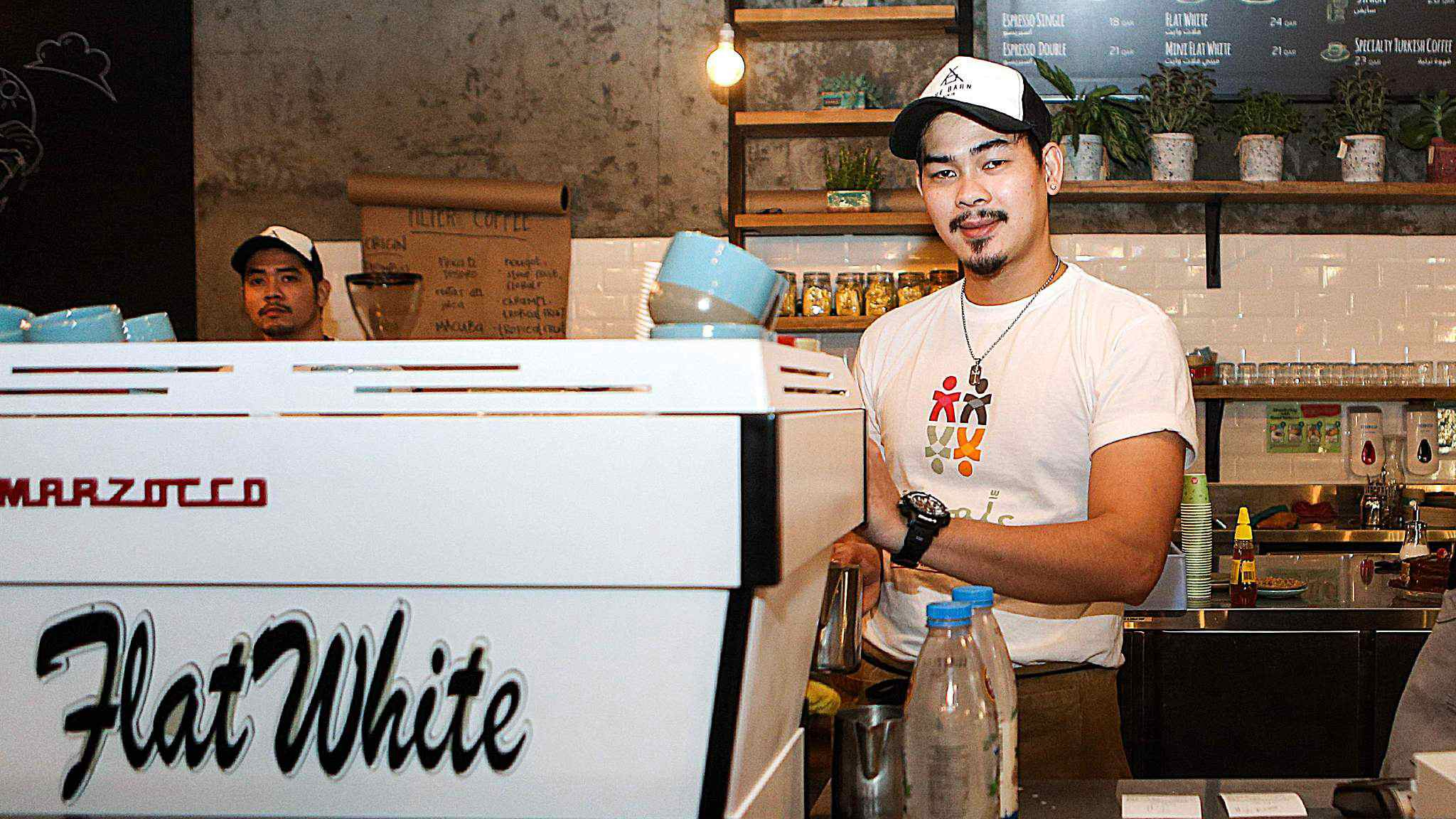 Doha's Tawar Mall looks much like any of the other unremarkable shopping centers dotted around Qatar, but tucked away in one of its corners, a tiny cultural revolution is taking place.

There you will find Flat White, Qatar's first attempt at a hipster cafe.

Customers can buy drinks such as a V60, Aeropress or Ginger Latte, selecting coffee beans from Colombia, Tanzania or Peru, then sit and drink while perusing a book.

Or they can just sip and admire the brutalist decor, all trendy bare concrete walls and dangling contemporary lighting.

In the background are the familiar sounds of drinks being prepared by baristas on machines costing 3,500 US dollars (2,600 euros).

"We didn't have this hipster style, this is what was missing in Qatar," says Nasser al-Nuaimi, who co-owns Flat White with his wife Maryam.

Nuaimi, 35, is a coffee fanatic who developed a passion for the Western-style version of the drink while on his travels, especially in the United States.

An international insurance executive, he discovered speciality coffee shops while on business trips -- and decided to try to bring the culture back home.

He opened the first Flat White in 2012, and now there are three dotted around Doha.

"After 5 p.m. in Europe, people won't drink coffee (but) have a beer. Here coffee is our passion, we drink it anytime, we sleep anytime," he says.

The international-style coffee shop is packed with customers and notably they are almost exclusively Qatari -- men wearing traditional white robes and women in black abayas -- in a country where locals barely make up 10 percent of the population.

"We like the coffee, the atmosphere, the energy," says Shamma, 19, a student drinking cappuccino and eating cheesecake with her friend Muneera, also 19.

"I have been to speciality coffee shops in London and I really liked them. This is bringing that here," she says.

"It is becoming more of a social construct than just having a coffee."

Seated nearby are engineers Mohammed and Jassim, both 34, who say Flat White has made them appreciate a different style of coffee.

"They are choosing beans from special places. We realised what we used to drink was not coffee," says Mohammed, referring to more prevalent Western brands.

Arabic coffee has been a mainstay of drinking culture in the region for thousands of years.

Jassim says people still drink it widely but prefer to make it at home.

Prices are not cheap. A Chemex coffee, made in a specially designed glass flask, costs 26 Qatari riyals -- around 7 US dollars (six euros).

A recent study by financial services group UBS found that a cup of coffee in Doha is the most expensive in the world, costing an average of 6.4 dollars.

Speciality coffee shops are springing up across Doha.

In the Qanat Quartier, an upmarket area featuring a small-scale Venice-style neighborhood, cafes with names such as "Volume" and "Artist Cafe" have popped up.

The burgeoning "hipsterism" is not confined to coffee either. A speciality breakfast cereal shop is opening, as well as Qatar's first vegan restaurant.

And its reach extends beyond the Gulf state, with Qatari-owned coffee stores in London -- in the exclusive Mayfair area, dubbed the Qatar Quarter by the British press -- as well as a gastro-burger restaurant close to Qatar-owned Harrods.

But as with most things in Qatar at the moment, the food and drink sector has been affected by the year-old Gulf political crisis, in which Qatar's neighbors have cut off all ties, accusing it of backing terrorism and being too close to Iran -- charges it denies.

Qatar previously relied on its neighbors for much of its imports, and has had to radically adjust its sourcing.

As part of moves to cut back the country's reliance on imports, Qatar now reportedly wants to open its first coffee-roasting plants because of high local demand.