CULTURE ‘House With a Clock in Its Walls’ ticks to No. 1 in theaters

‘House With a Clock in Its Walls’ ticks to No. 1 in theaters 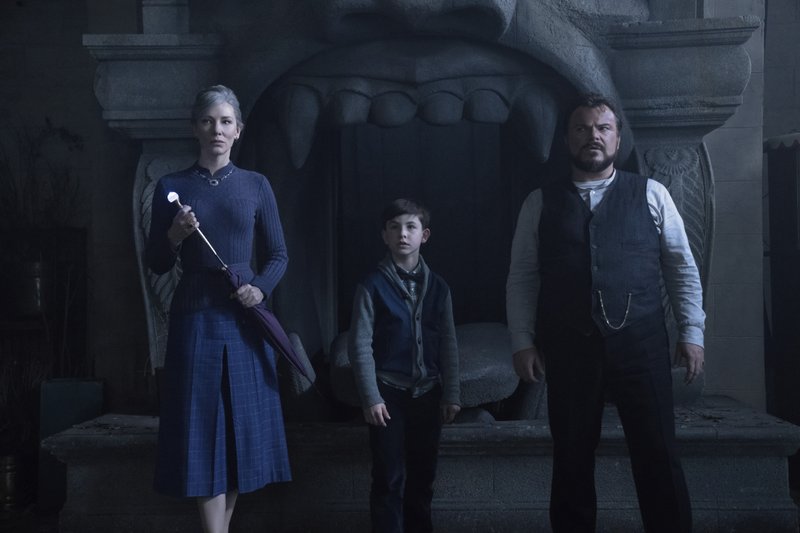 The gothic family fantasy “The House With a Clock in Its Walls” exceeded expectations to debut with an estimated $26.9 million in ticket sales at the weekend box office, while audiences showed considerably less interest in Michael Moore’s Donald Trump-themed documentary, “Fahrenheit 11/9,” than his George W. Bush-era one.

“The House With a Clock in Its Walls” was easily the biggest draw on a quiet weekend at North American movie theaters, where the other three new wide releases all disappointed or downright flopped.

Moore’s new film, which examines the rise of Trump and other developments like the water crisis in his hometown of Flint, Michigan, was the first release from former Open Road chief executive Tom Ortenberg’s new distributor, Briarcliff Entertainment. It had been predicted to open with $5 million to $8 million.

But despite a surge in success for documentaries at the box office — including “RBG,” ″Won’t You Be My Neighbor” and “Three Identical Strangers” — “Fahrenheit 11/9" didn’t catch on.

Dan Fogelman’s “Life Itself” and the home invasion thriller “Assassination Nation” both barely made a blip in nationwide release. Though Fogelman’s “This Is Us” is one of TV’s top-rated series, his “Life Itself” bombed with $2.1 million despite a starry cast including Olivia Wilde, Oscar Isaac and Antonio Banderas.

The film — an unabashedly sentimental tale of destiny across generations — drew some of the most scathing reviews of the year, landing it a 13 percent “fresh” rating on Rotten Tomatoes.

In an interview last week, Fogelman blamed “primarily white male critics who don’t like anything that has any emotion,” prompting many female critics to point out that they, too, thought “Life Itself” was, as Variety’s Jessica Kiang wrote, “manipulative and contrived.”

The Amazon Studios release, which opened in 2,609 theaters, was one of the worst performing wide releases of the year, as was Sam Levinson’s “Assassination Nation.” The Neon thriller grossed just $1 million in 1,403 theaters.

But Universal Pictures’ “The House With a Clock in Its Walls,” based on the classic book written by John Bellairs and illustrated by Edward Gorey, capitalized on a recent dearth of child-friendly options. The film, directed by the horror veteran Eli Roth with a budget of $40 million, stars Jack Black and Cate Blanchett.

“This was on the high end of any expectations,” said Jim Orr, head of distribution at Universal.

Orr credited the studio’s producing partners at Amblin Entertainment as well as the release date in a normally slow month.

“We really saw an opportunity in late September to kick off the fall season with this PG family film, and obviously it was well-positioned,” he said.

Bleecker Street’s “Colette,” starring Keira Knightley as the iconic French author, debuted with $156,000 in four theaters, good for a per-screen average of $39,000.

“Fahrenheit 11/9” may have decent weeks ahead leading up to the November midterm elections. ComScore’s PostTrak survey found that 82 percent of viewers gave it four out of five stars. It landed an A CinemaScore.

“Those who did see it really enjoyed it,” said Paul Dergarabedian, senior media analyst for comScore. “People have said: Should they have gone limited? Should they have gone wide? I think they needed to get it out there nationwide with midterms six weeks away. But it’s very easy to second-guess how to release a documentary like this. It’s one of the most difficult types of films to release.”