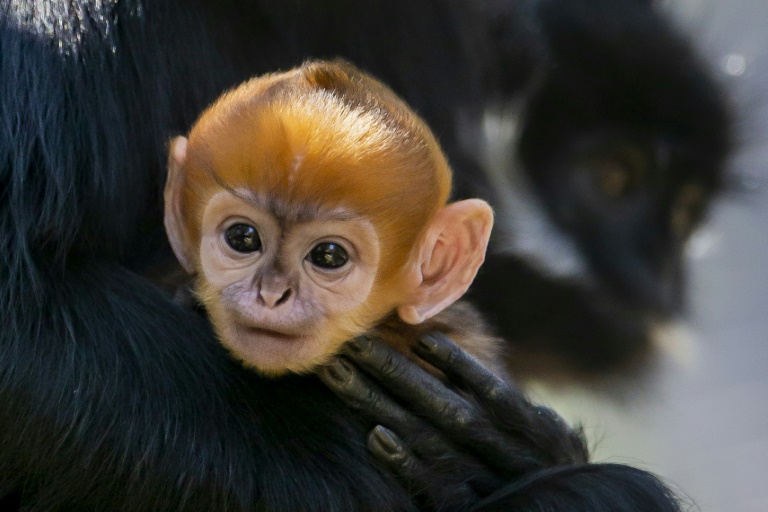 A newborn male Francois' Langur, one of the world's rarest monkeys, with only about 3,000 estimated to be left in the wild. (Photo: AFP)

One of the world's rarest monkeys has been born at an Australian zoo.

The male Francois' Langur with its distinctive orange fur was born at Sydney's Taronga zoo last week and has not yet been named.

Critically-endangered, the animal is only found in China and Vietnam where it is threatened by poachers and loss of habitat from encroaching development.

"Seeing Francois' Langurs in the wild is incredibly rare, but seeing a baby is even more so," said Senior Zoo Keeper Jane Marshall.

The baby's bright orange hair lasts just a few weeks before it begins to darken to the colour of its mother Noel's fur.

The zoo estimates there are only about 3,000 of the species left in the wild.

"Not a lot of people know about Francois' Langurs as a species, but these beautiful animals are very vibrant animals, who are incredibly agile and intelligent," Marshall added.