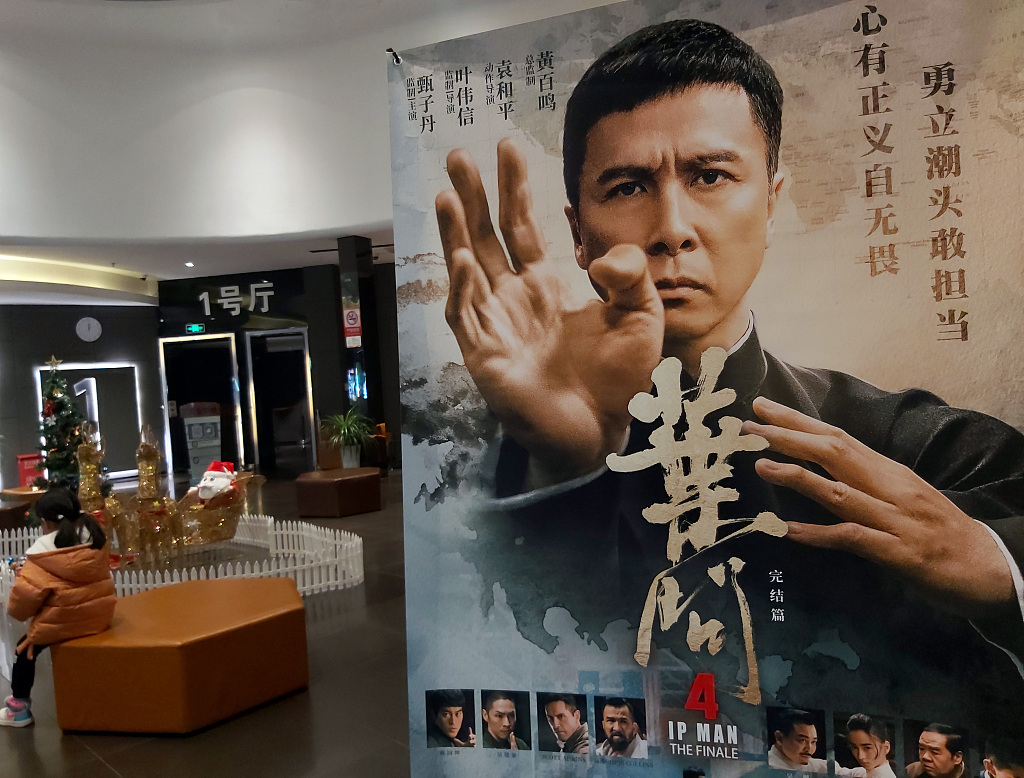 The film raked in 99.86 million yuan (around 14 million U.S. dollars) on Sunday, accounting for more than 45 percent of the daily total.

Set in the 1960s, the new film sees Donnie Yen reprising the title role as the kung fu master who travels to the United States to work with Bruce Lee after the latter decides to open a Wing Chun school.

It was followed by "Sheep Without a Shepherd," a Chinese adaptation of a renowned Indian drama. The film pocketed 54.41 million yuan on its 10th day of screening.

Coming in third was Chinese romance film "Only Cloud Knows," which grossed about 18.53 million yuan on Sunday.