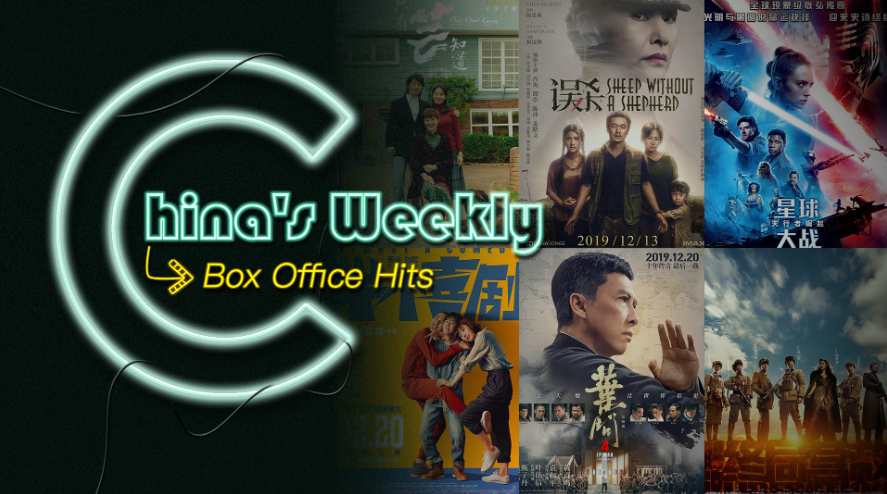 The Chinese mainland box office made 1.038 billion yuan (about 148 million US dollars) from December 16-22, up 31.5 percent from the previous month, and the weekly box office exceeded 1 billion yuan for the first time since the 44th week.

This week's releases all look like blockbusters, but "Ip Man" achieved a distinct advantage on Friday, when it grossed more than 100 million yuan in a single day.

The other three new films, "Star Wars: The Rise of Skywalker,"“Only Cloud Knows," and "Almost a Comedy," made 41.9 million yuan, 32.52 million yuan and 20.73 million yuan respectively on their first day of release.

Over the weekend, "Ip Man" continued to hold the lead, making more than 100 million yuan at the box office for two consecutive days, accounting for about 45 percent of the market. Several other new releases accounted for no more than 10 percent of the overall box office

Donnie Yen, who played the martial arts master Ip Man considers this film to be his last martial arts film. "I think all good things should have an ending," he told Chinese film-rating platform Mtime. "I think it's time to move on and explore another possibility and hopefully create another character."