"The Pledge of Iron Brothers", a documentary on China-Pakistan relations was shown Thursday in Beijing. The documentary was produced by The Daily Mail, an Islamabad-based English language daily newspaper and Pakistan-China Media Friendship Association. 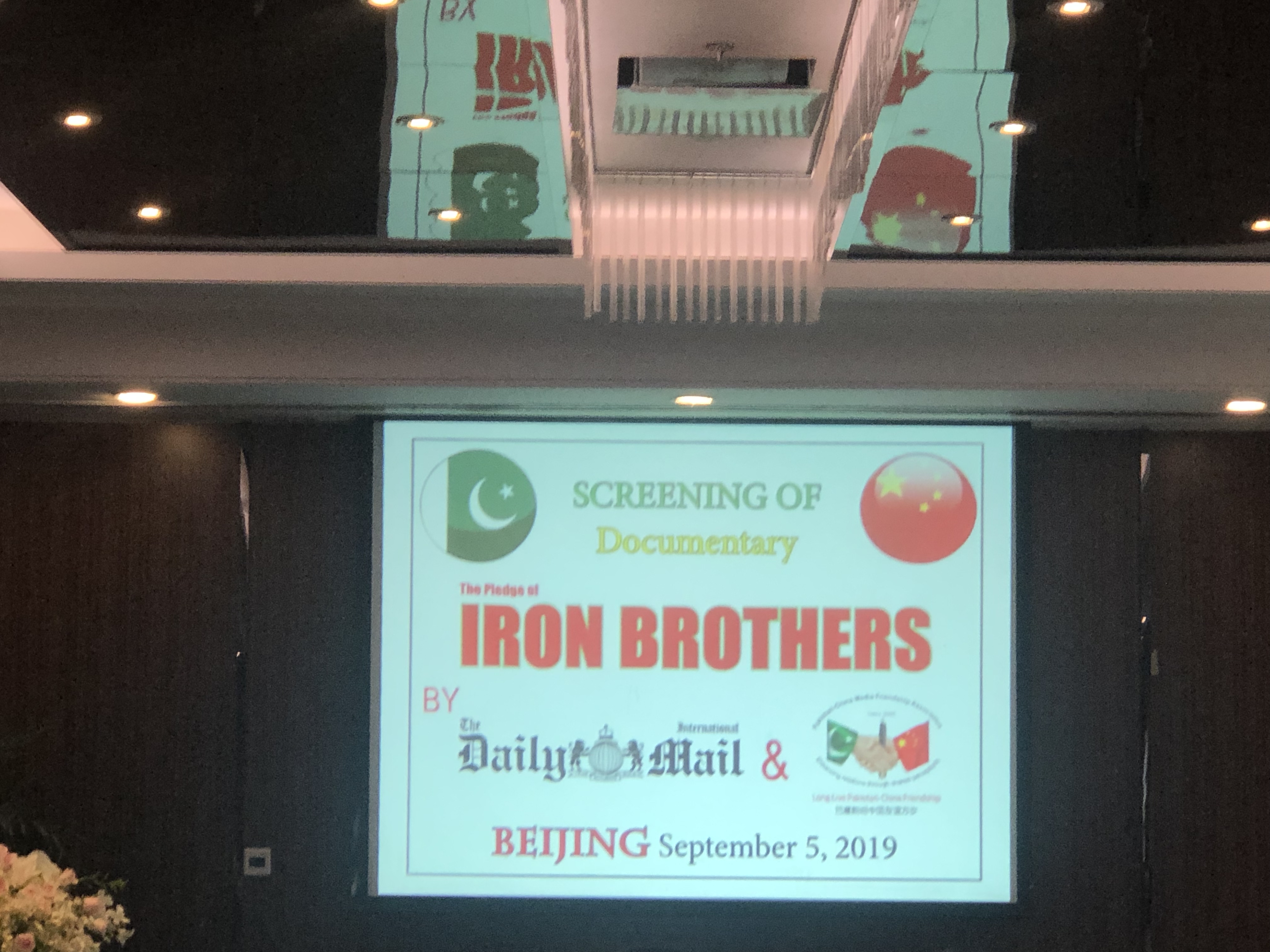 Makhdoom Baber, President and Editor-in-chief of the Daily Mail, said at the screening ceremony that "The Pledge of Iron Brothers" pays tribute to the people who devoted themselves to bringing those from China and Pakistan closer over the last 70 years.

"Iron Brother" has been referred to as the nickname of Pakistan in China, while bilateral relations between the two countries are often portrayed as "higher than the mountains and deeper than the sea".

"China-Pakistan friendship is like jade, which is priceless and lasts 70 years. As President Xi Jinping said, China-Pakistan relations are friendship between iron brothers, "said Naghmana Hashmi, Ambassador of Pakistan to China.

Mega projects within the framework of China-Pakistan Economic Corridor, such as a highway connecting the two countries, have largely benefited people of both countries and promoted the connectivity between the two countries. The BRI projects have promoted social and economic developments in Pakistan and the country fully supports and recognizes such mega projects, Naghmana noted.

Hashmi and Baber also presented Certificates of Commendation to reporters and editors of several Chinese media outlets for their contributions to forging China-Pakistan friendship.

"The Pledge of Iron Brothers" outlines the history of bilateral ties between China and Pakistan. By covering mega projects, interviewing experts and personnel working in Pakistan, the documentary also decoded the nine Special Economic Zones and will be established across Pakistan under the China-Pakistan Economic Corridor. "These Special Economic Zones will play the same role in Pakistan as they did in China 20 years ago", Dr. Ikram ul Haq said in the documentary.