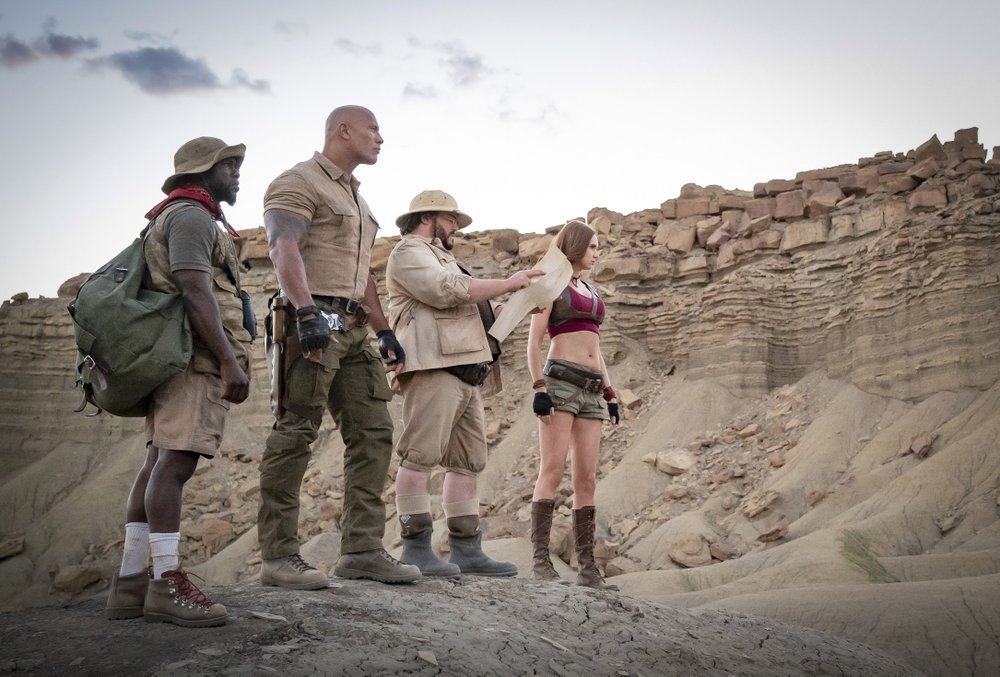 This image released by Sony shows Kevin Hart, from left, Dwayne Johnson, Jack Black and Karen Gillan in a scene from "Jumanji: The Next Level." (Photo: AP)

“Jumanji: The Next Level” puts “Frozen 2” on second-place ice, while Clint Eastwood’s “Richard Jewell” opened with one of the worst box office debuts for the director.

The Sony film starring Dwayne Johnson and Kevin Hart brought in $60.1 million in the U.S. and Canada to break a three-day record for a comedy in December for the production company. The sequel is a followup to 2017′s “Jumanji: Welcome to the Jungle,” which grossed $962 million worldwide.

A week before it opened in North America, Sony’s “Jumanji: The Next Level” debuted in 18 international countries where it made $52.5 million.

“Richard Jewell” landed at No. 4, bringing in $5 million. The film took aim at the media and federal investigators for what he sees as a rush to judgment after the 1996 Olympics bombing in Atlanta.

The 89-year-old Eastwood calls Jewell’s story “a great American tragedy.” The docudrama focuses on Jewell, who was initially hailed as a hero for finding a bomb at the event held at Centennial Olympic Park and clearing bystanders from the area.

One person was killed and 111 were injured when the bomb exploded.

Jewell likely helped prevent many more casualties, but within a few days was reported to be the focus of the FBI investigation, and the public quickly turned on him. He was cleared three months later after his life had been upended by the investigation and public scrutiny.

The film fell under immense scrutiny from the Atlanta Journal-Constitution which objected to the movie’s portrayal of the late journalist Kathy Scruggs, who seemingly sleeps with an FBI agent.

Olivia Wilde, who plays Scruggs, posted a series of tweets on Thursday that she does not believe the real-life journalist “traded sex for tips” despite the insinuation in the movie.

Along with “Richard Jewell,” Paramount’s “Black Christmas” put up sub-par debut numbers. The 1974 slasher film remake from Universal pulled in only $4.42 million. 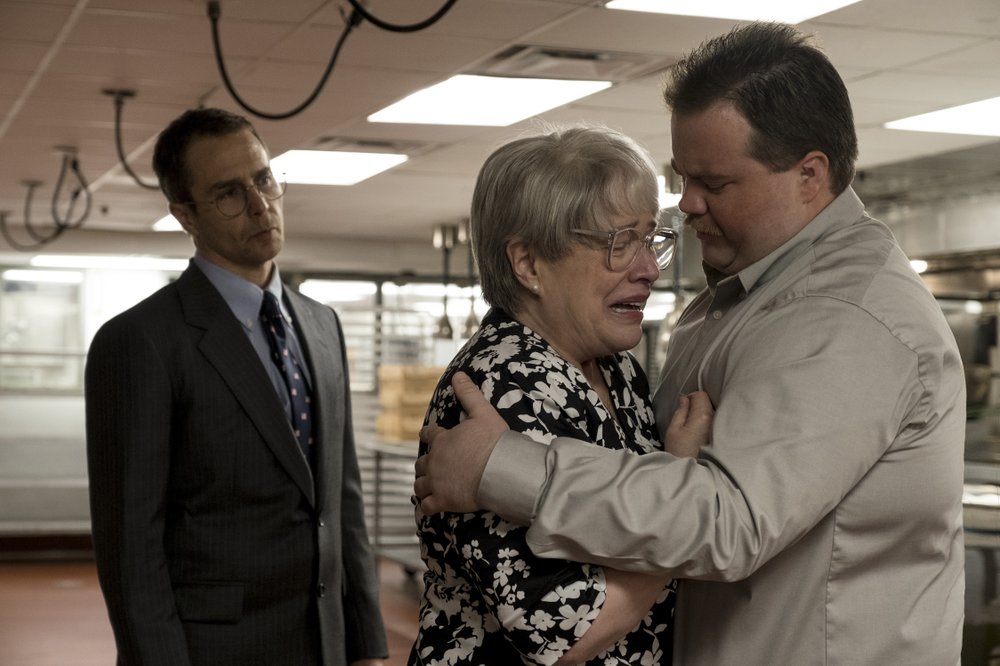