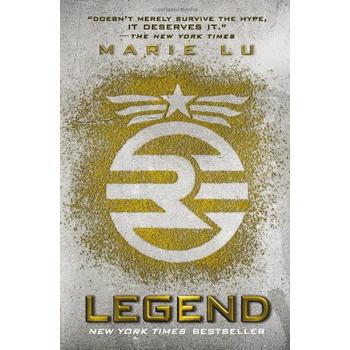 Author Marie Lu is continuing the story of her million-selling “Legend” series.

Lu has agreed to a multimillion dollar, three-book deal with Roaring Brook Press, the publisher announced Friday. The first book is set 10 years after her third “Legend” installment, “Champion,” which came out in 2013. Currently untitled and scheduled for Fall 2019, the upcoming novel will again feature such characters as young Eden Bataar Wing and take place in the dystopian Republic of America. Lu’s deal also includes a new series, the science fiction-fantasy “Skyhunter,” another story of young people fighting for their lives.

Lu’s other books include the best-selling “Young Elites” series and her “Warcross” series.