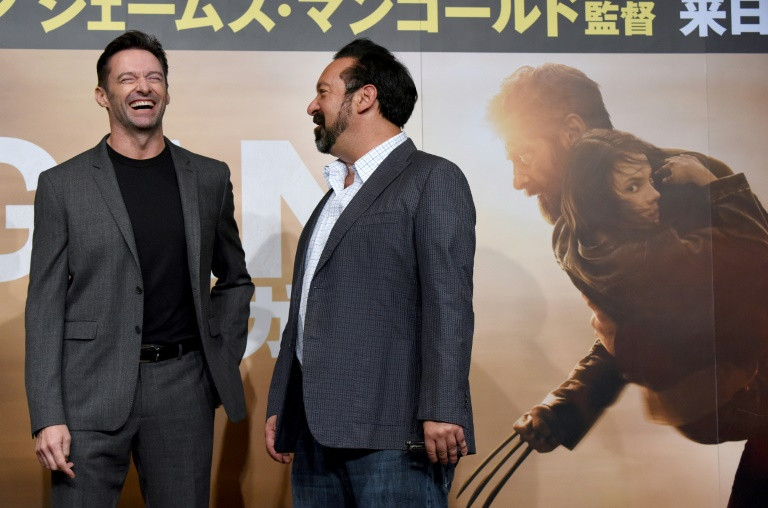 The Writers Guild of America nominated the Fox movie's script by Scott Frank, James Mangold and Michael Green in its adapted screenplay category alongside "Call Me by Your Name," "The Disaster Artist," "Molly's Game" and "Mudbound."

It was the biggest surprise among the nominations, which recognized critical hits "The Big Sick, "Get Out," "I, Tonya," "Lady Bird" and "The Shape of Water" in the original screenplay category.

"Logan," directed by Mangold and starring Hugh Jackman and Patrick Stewart, was one of the best-received action movies of 2017 and has a 93 percent approval rating on reviews website Rotten Tomatoes.

"Loosely based on Mark Millar and Steve McNiven's comic-book Old Man Logan, the script... tempers its brutality with a testament to family and a need to belong that crosses borders and bloodlines," wrote Rolling Stone critic Peter Travers.

"Make no mistake, Logan earns its tears. If Jackman and Stewart are serious about this being their mutual X-Men swan song, they could not have crafted a more heartfelt valedictory."

Comic-book movies don't tend to score big in the awards season except in technical categories, but Fox's "Deadpool," another "X-Men" spin-off, was another exception in last year's WGA awards.

In 2015, the guild nominated the similarly irreverent "Guardians of the Galaxy," but that didn't win either.

The WGA awards is one of the last major award ceremonies ahead of the Oscars. Winners will be honored on February 11, at concurrent ceremonies in Los Angeles and New York.