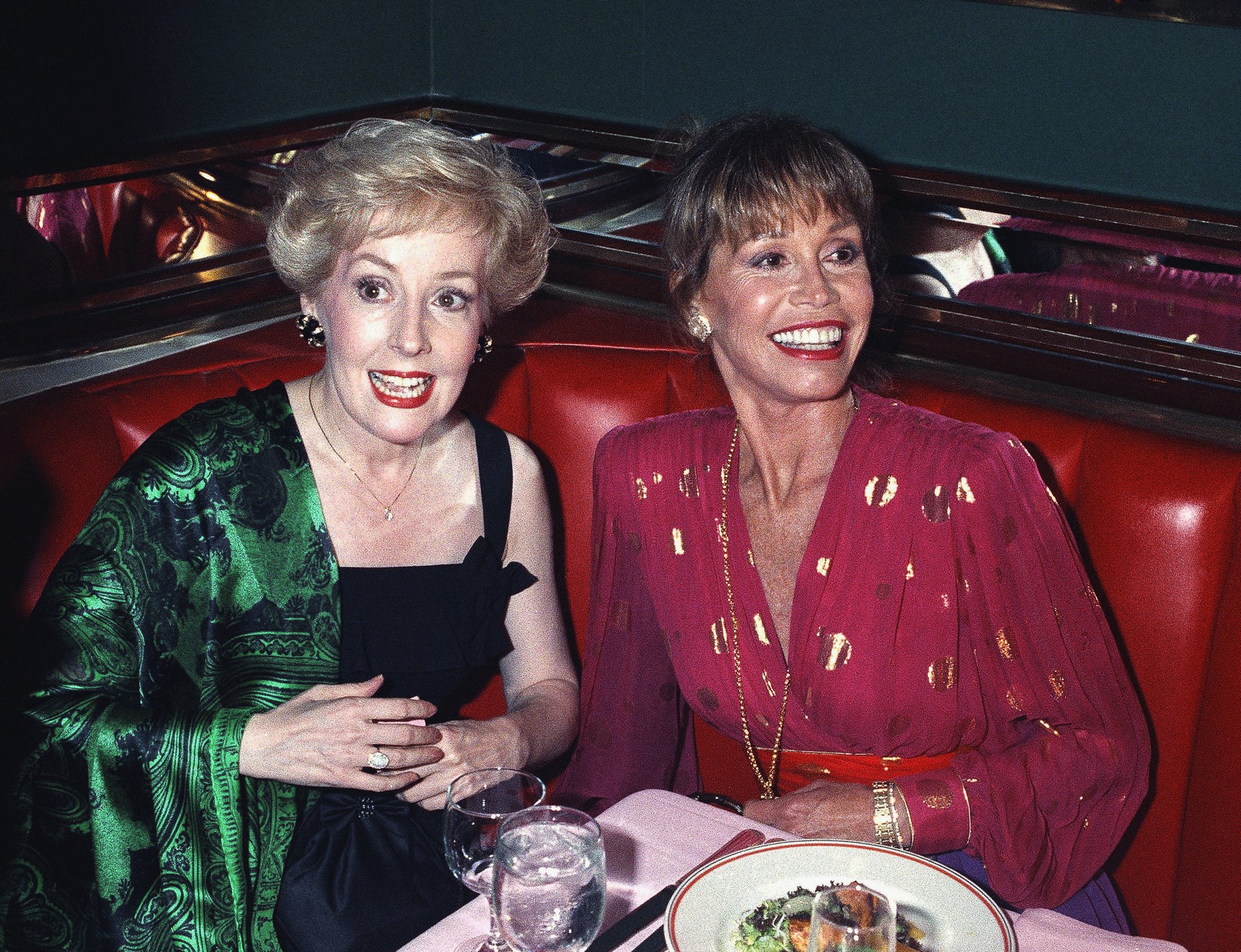 Georgia Engel, who played the charmingly innocent, small-voiced Georgette on “The Mary Tyler Moore Show” and amassed a string of other TV and stage credits, has died. She was 70.

Engel died Friday in Princeton, New Jersey, said her friend and executor, John Quilty. The cause of death was unknown because she was a Christian Scientist and didn’t see doctors, Quilty said Monday.

“I know the world will be sad and sorry. She touched so many people,” said her agent, Jacqueline Stander.

Engel was best known for her role as Georgette on “The Mary Tyler Moore Show,” the character who was improbably destined to marry pompous anchorman Ted Baxter, played by Ted Knight.

She was “the sweetest, kindest, dearest woman. And crazy talented. I will miss her,” Valerie Bertinelli, who starred in “Hot in Cleveland,” said in a Twitter post.

Georgia Bright Engel was born in July 1948 in Washington, D.C., to parents Benjamin, a Coast Guard officer, and Ruth Engel. She studied theater at the University of Hawaii.

Her prolific career included guest appearances on a variety of series, including “The Love Boat,” ″Fantasy Island,” ″Coach” and “Two and a Half Men.” Her “Hot in Cleveland” role reunited her with Betty White, her co-star in “The Mary Tyler Moore Show” (1972-77) and “The Betty White Show” (1977-78).

Engel appeared on Broadway in plays and musicals including “Hello, Dolly!”, “The Boys from Syracuse” and, most recently, “The Drowsey Chaperone” in 2006-07. She starred in an off-Broadway production of “Uncle Vanya” in 2012.

Engel could be as upbeat as the fictional Georgette, as was demonstrated during a panel discussion last year promoting the 2018 PBS special, “Betty White: First Lady of Television.”

She recalled that a possible “Everybody Loves Raymond” spinoff set to include her and Fred Willard never come to fruition, which she called a great disappointment.

“But if that hadn’t happened,” she said, “I wouldn’t have been able to star” in writer-actor Bob Martin’s “Drowsey Chaperone,” which led to her custom-tailored role in Martin’s “Half Time.” The musical, about older adults who school themselves in hip hop to perform in half-time shows, was staged in New Jersey last year.

“It’s given me such joy,” said Engel, who had hoped to see it move to Broadway.

Her real-life voice was as sweet as the one familiar from her screen roles. “What you see is what you get. That’s not a character voice — that’s our girl,” a smiling White said in a 2012 interview with Engel, calling her a “pure gold” friend and colleague.

Funeral services for Engel, whose survivors include her sisters Robin Engel and Penny Lusk, will be private, Quilty said.