Telling the story of Nezha, a beloved Chinese mythical figure, the film features a daring overhaul of Nezha's appearance and depicts him more as a mischievous boy instead of the hero kid in previous cinematic works. 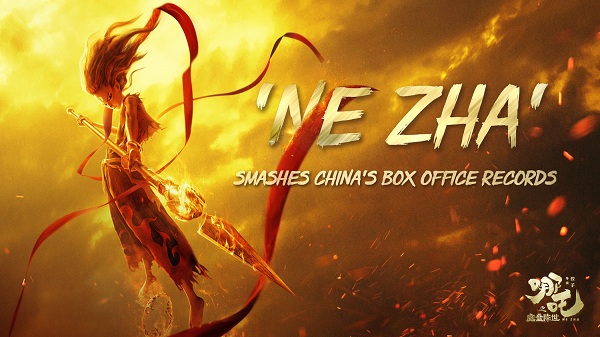 Coming in second was a Chinese feature film putting spotlight on firefighters, "The Bravest,"  grossing a total box office of 62.53 million yuan.

It was followed by an action crime drama "Line Walker 2," which raked in 59.25 million yuan on its second day of screening.