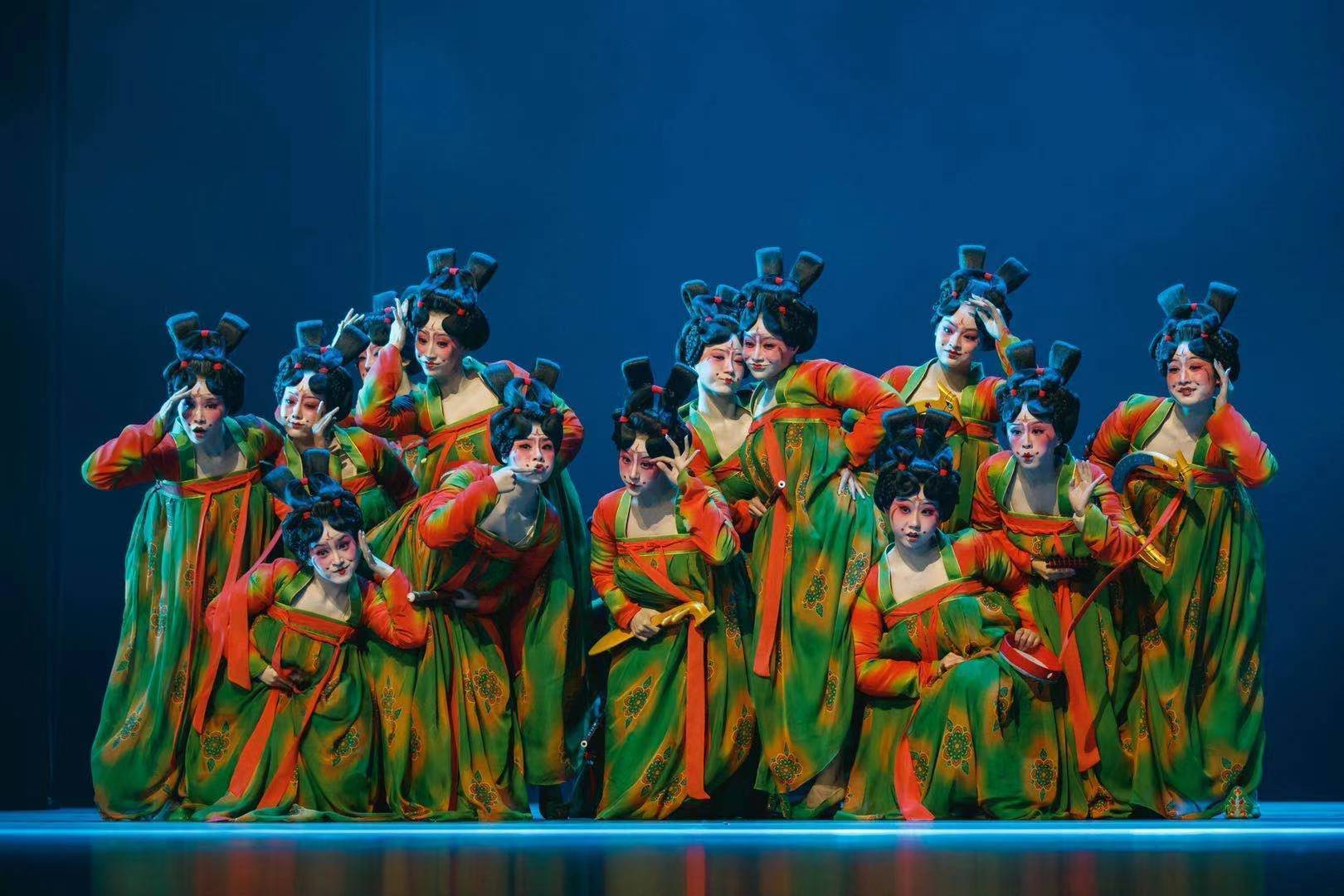 The dance show titled "Night Banquet in Palace of Tang Dynasty" has gone viral on Chinese social media. A mix of humor and homage to traditional Chinese culture, the six-minute show recounted the prosperity of the dynasty and generated a strong sense of cultural pride.

The show was performed during the Henan Spring Festival Gala that was televised on February 10, a day ahead of Chinese New Year's Eve.

It depicts a trip of 14 maids wearing uniform costumes in the Tang Dynasty (618-907 AD) to a night banquet in the palace. 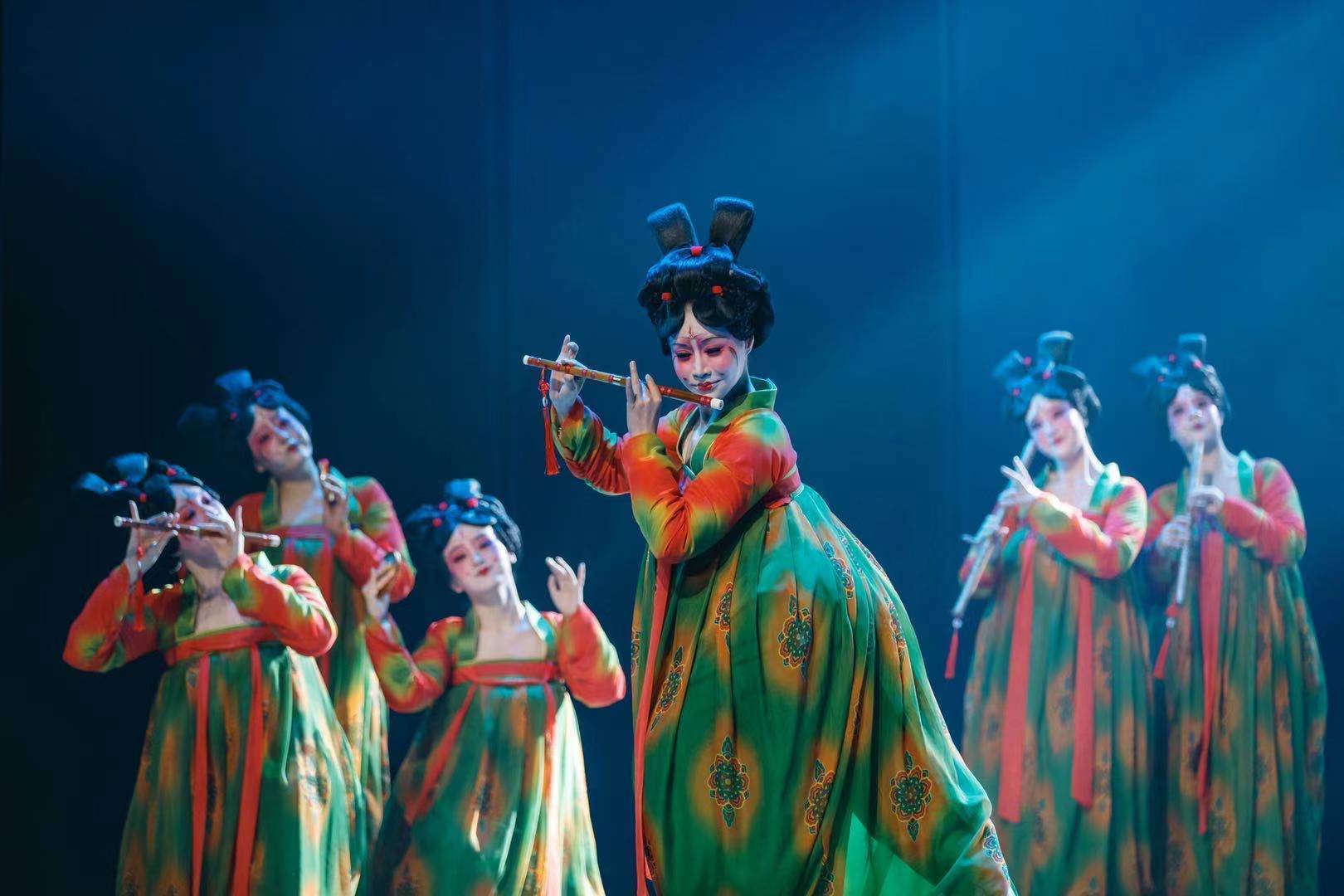 "Night Banquet in Palace of Tang Dynasty" is adapted from the entry, "Terracotta figures of the Tang Dynasty", by Zhengzhou Song and Dance Theater in the 12th Chinese Dance Lotus Award in 2020, according to Chen Lei, the general director of the show.

To restore the images of maids in the Tang Dynasty, the dancers' make-up, costumes, posture and props were made after multiple studies on Tang relics and ancient paintings.

People in the Tang Dynasty preferred oversize figurines, so the actresses wore sponge-filled costumes and had their mouths stuffed with cotton. 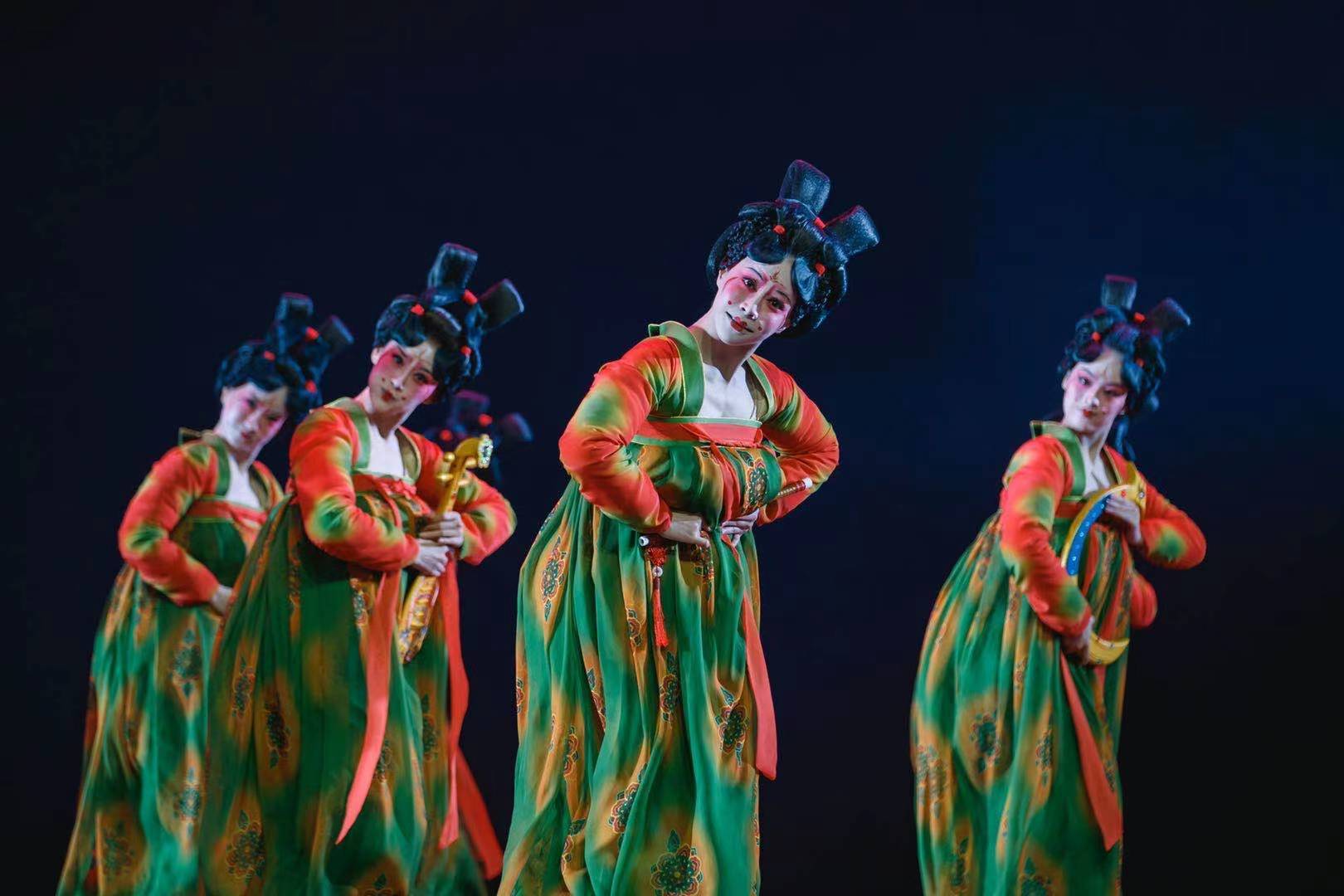 In addition, the 5G and augmented reality (AR) technology were used in the show, creating the virtual scenes that the maids were walking from the museum, the paintings, through palace walls before finally arriving at the court banquet and giving a magnificent performance.

Thanks to the show, the Henan Museum has become popular, too, which saw a growing number of young visitors during the Spring Festival. 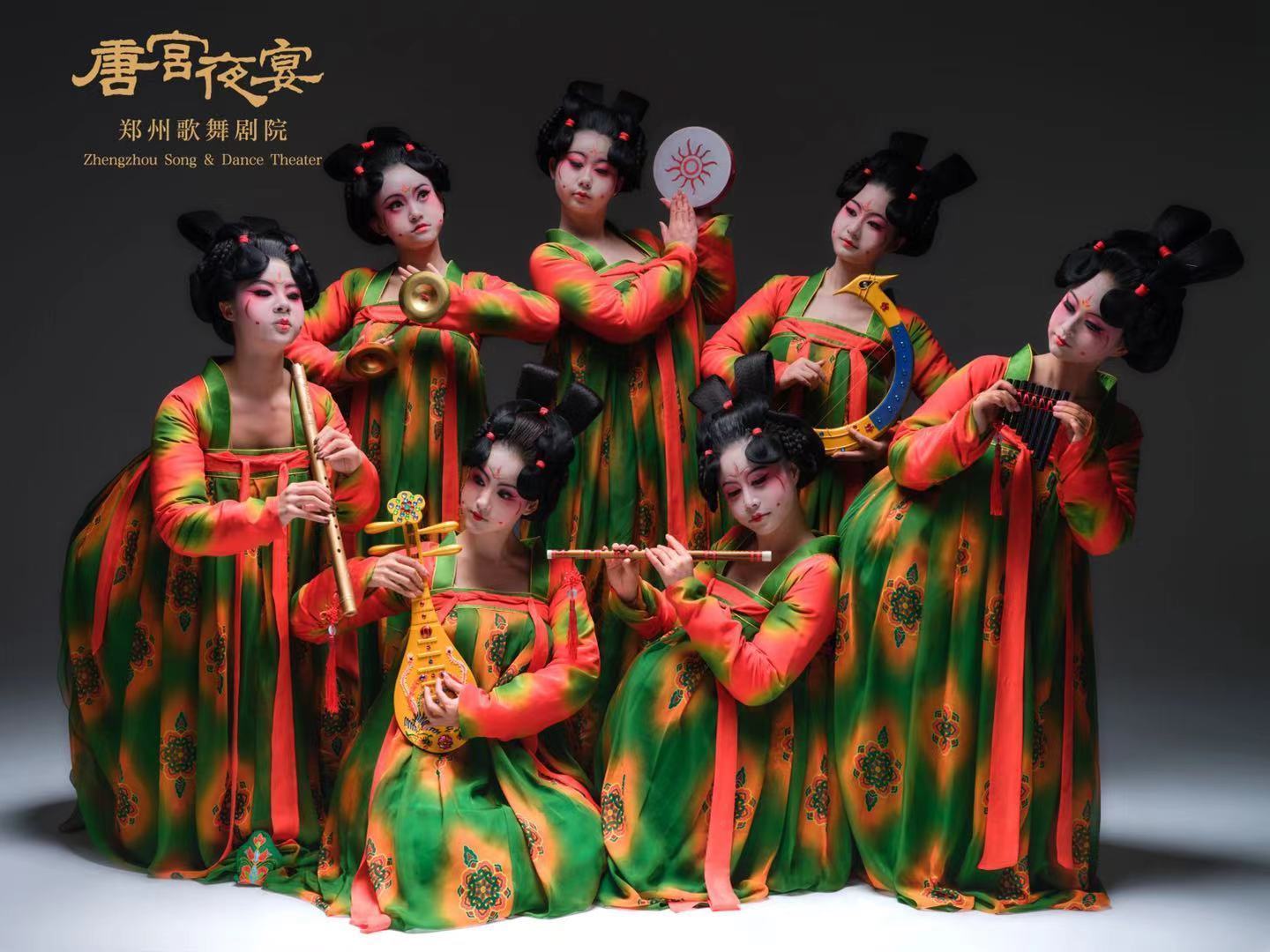 Chen Lei was delighted by the influence. He believes it's an honor to carry forward the Chinese traditional culture by combining new technology with the splendid culture to create artworks that can gain popularity among young people.

The show has enabled the maids to dance and sing from clay figurines and paintings, and spread the cultural charm, humanity and art charm behind the relics to the public, and nourished people's spiritual world, Ma said. 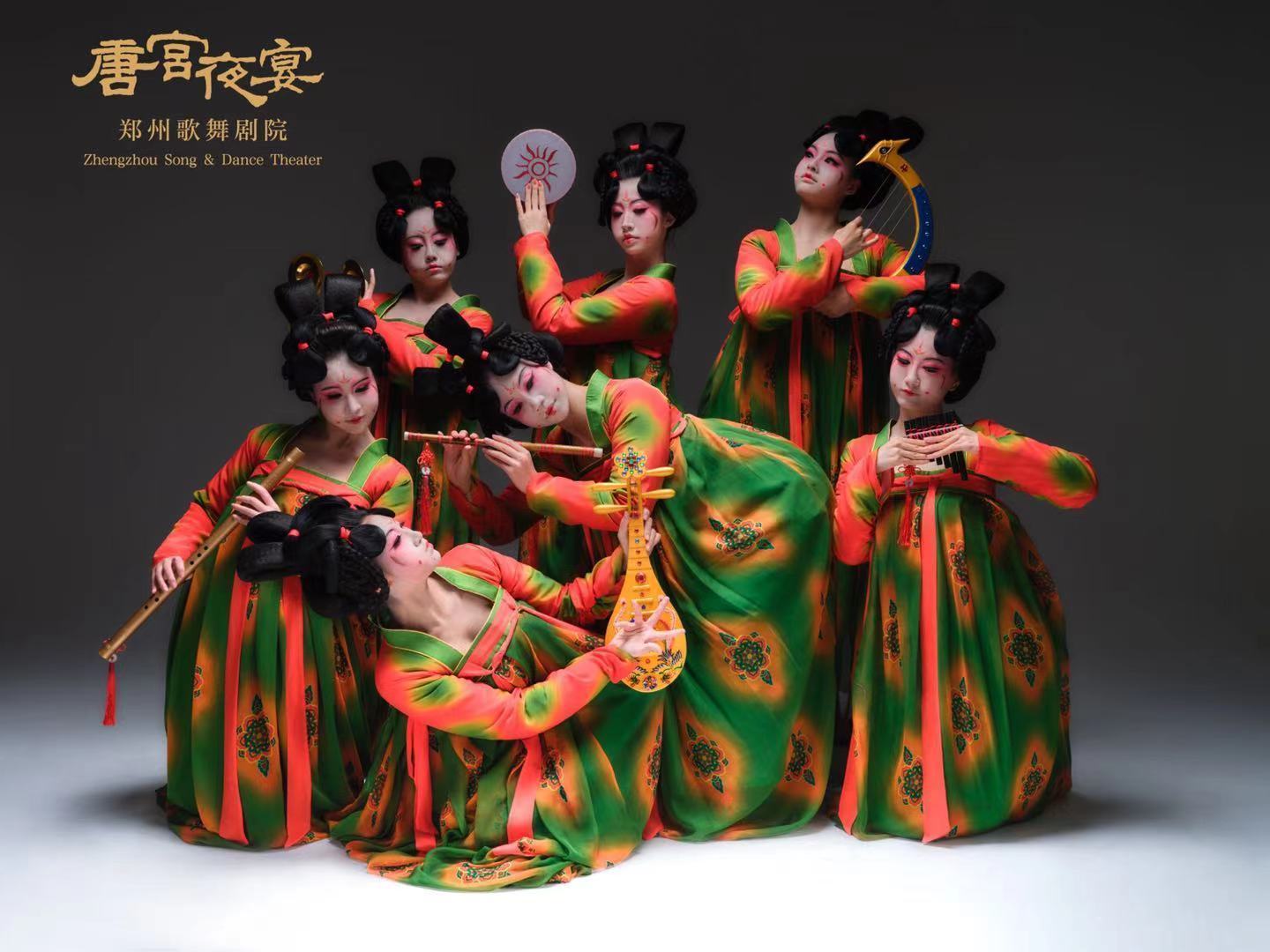