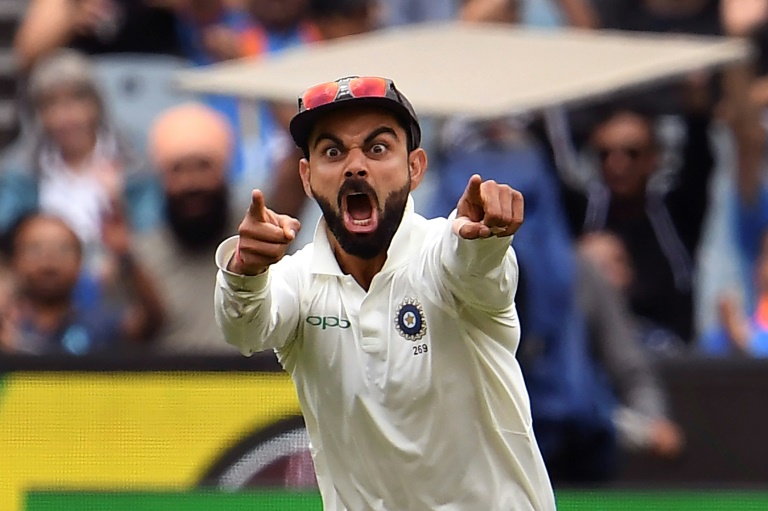 'It has to be an obsession': India's captain Virat Kohli celebrates the wicket of Australia's Pat Cummins. (Photo: AFP)

A clinical and "obsessed" India mopped up Australia's tail to win the third Test in Melbourne on Sunday by 137 runs and take an unassailable 2-1 lead into the final clash at Sydney.

The home team resumed at 258 for eight after the morning session was wiped out by rain in their unlikely quest to hunt down a huge 399, which would have been a record fourth-innings chase at the Melbourne Cricket Ground.

But they fell well short of the target, with Jasprit Bumrah taking the key wicket of dogged Pat Cummins and Ishant Sharma snaring Nathan Lyon to secure the emphatic win.

India, the world's top-ranked nation, are now zeroing in on a first-ever series win Down Under in Sydney later this week, where they need only a draw to smash the long-time jinx.

It is a feat that skipper Virat Kohli has so publicly coveted since his men arrived in Australia last month. 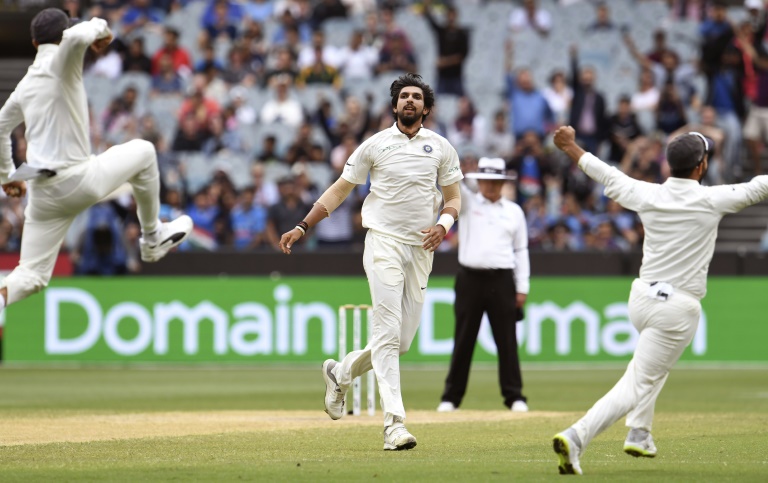 "We always believed that this was very possible because of the talent we have in the side and the mindset we have been carrying for the last 12 months," Kohli said.

"If you want to win a series away from home, it has to be an obsession, so hats off to the whole team for sticking together, believing in themselves and being obsessed about getting results."

Tailender Cummins, who is rapidly proving himself to a very capable all-rounder, tipped by some as a future Australia captain, had kept his side in the hunt with an impressive 61 not out on Saturday.

He added just two runs and was out for a Test-best 63 after taking a career-best 6-27 with the ball to be one of the few successes for Australia. Lyon added one to his overnight total

Cummins aside, no other Australian passed 50 in Melbourne, exposing their lack of batting depth and reinforcing how much they are missing the banned Steve Smith and David Warner.

The pair's year-long suspensions for ball-tampering run out in late March and it is widely believed that they will be reintegrated quickly into the team.

"India batted superbly in the first innings and from that moment we were behind the game," admitted Australian skipper Tim Paine.

"in this game we were no doubt a little bit disappointing, but that's going to happen from time to time and just have to make sure we are improving."

In contrast, India were disciplined with rock solid number three Cheteshwar Pujara scoring another century and Kohli showing restraint and composure, while debutant Mayank Agarwal impressed at the top of the order with 76 in his first Test knock. 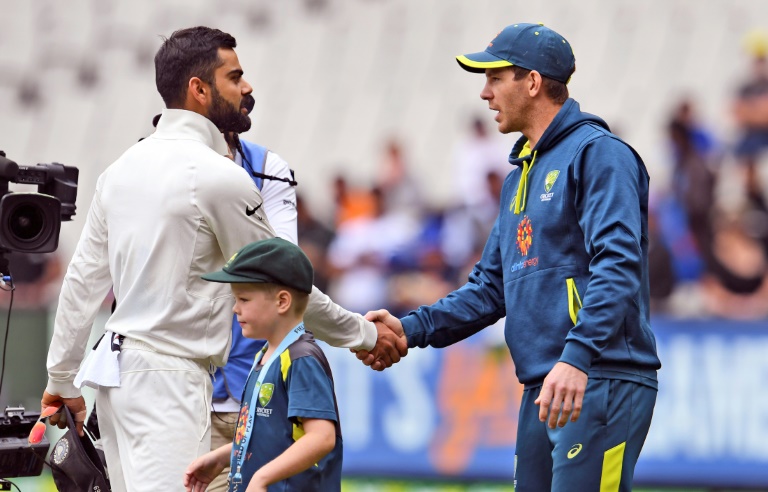 The bedrock for India's victory was their 443 for seven declared in the first innings, built on the back of Pujara's 106 and Kohli's 82.

Spearheaded by the 25-year-old Bumrah, who reinforced his reputation as one of the world's top bowlers, Australia were then skittled for just 151.

Kohli declared India's second innings on 106 for eight, leaving Australia the virtual mission impossible of scoring 399 to win or surviving almost two days for a draw.

Aaron Finch again flopped -- out for three at the top of the order -- throwing his role as a Test opener under more scrutiny with the speculation growing that he will now be axed.

Fellow opener Marcus Harris followed for 13 with Usman Khawaja the next to go after a lively 33.

When Shaun Marsh was also trapped leg before by Bumrah for a brisk 44 and his brother Mitch -- another candidate for the Sydney chop -- fell for 10, Australia's faint survival hopes were fading fast.

Travis Head and Paine put up some resistance before Cummins ensured it went into a fifth day.