At the main entrance of the largest shopping street of old town Jinggangshan, the "cradle of the Chinese revolution" in east China's Jiangxi province, stands the Red Bookstore. 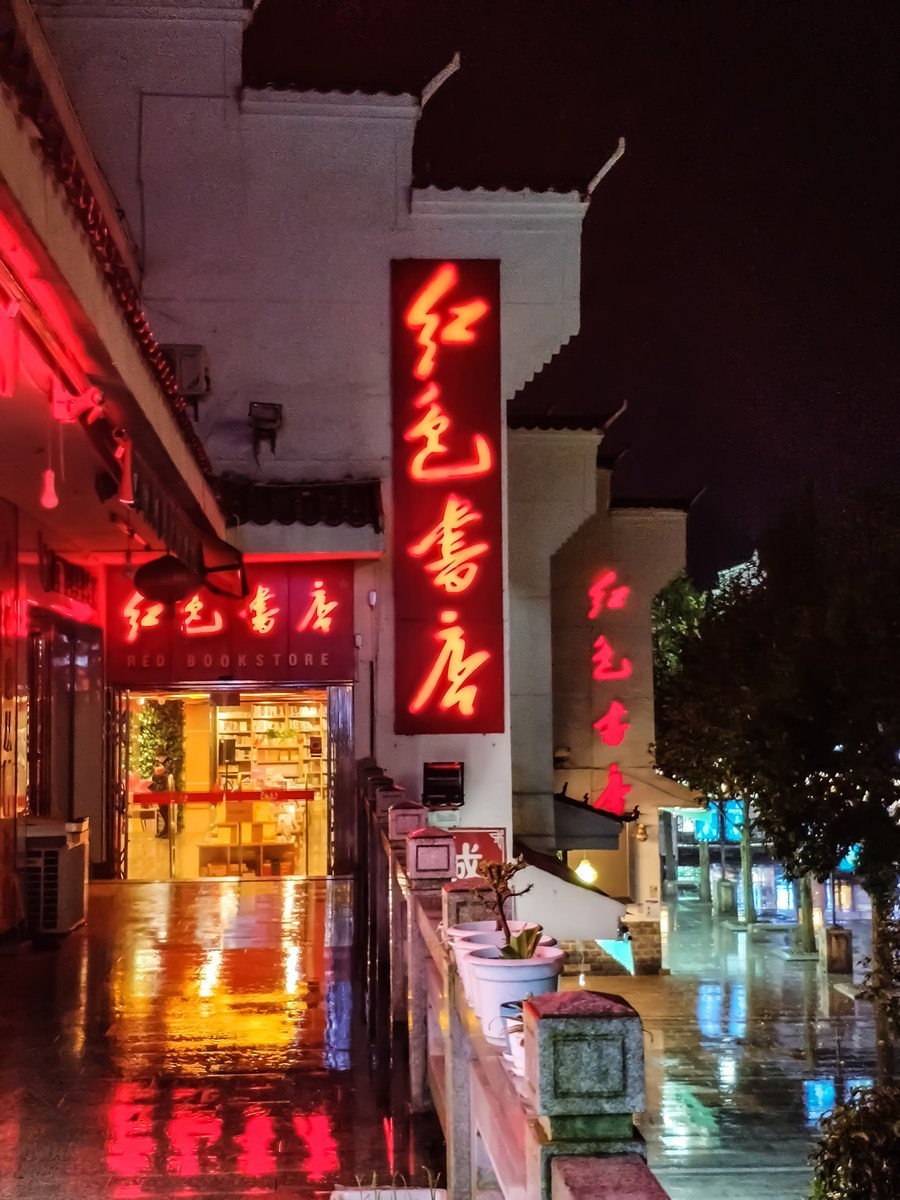 Red not only refers to its red decorations, but the "red" revolution spirit it represents, which is attracting more and more people to revisit places like Jinggangshan and connect with the revolutionary past of the Communist Party of China (CPC).

Many people enter the Red Bookstore with eyes glistening in excitement.

Visitors mill around statues of China's veteran revolutionaries, and as many as 10,000 revolutionary books, audiovisual products and cultural derivatives can bring people back in time.

"This is a good place to purify my mind," a visitor wrote in the bookstore's guest book.

"When people have ideals, their country will have the strength and their nation will have a bright future," said another visitor.

When customers leave, some get their freshly acquired books stamped with a famous quote from an essay of Chairman Mao: "A single spark can start a prairie fire." This quote is often taken as a symbol of Jinggangshan's role as the earliest revolutionary base. 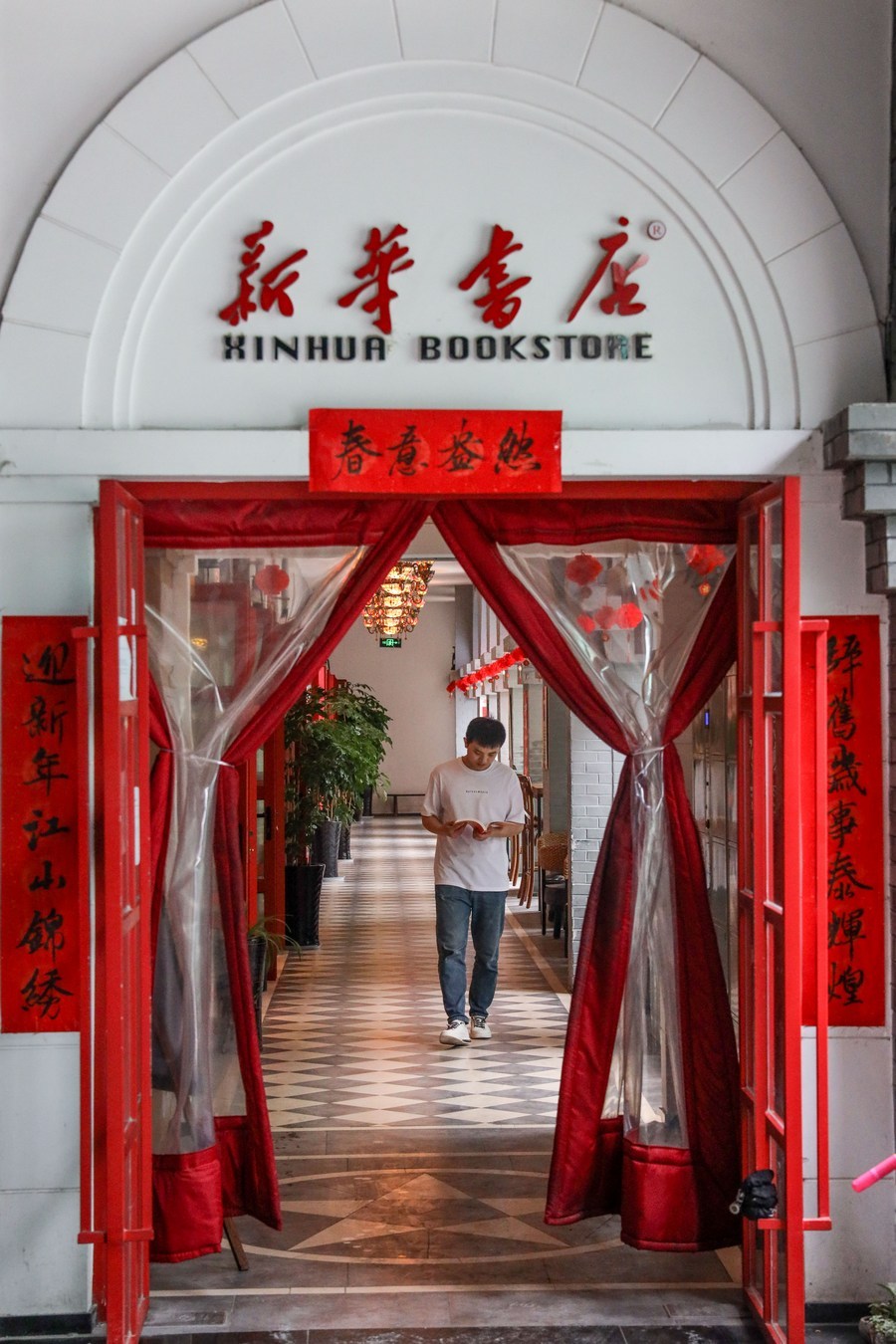 This year marks the centennial of the founding of the CPC. Strong foot traffic has been observed in the bookstore since the beginning of the year, said manager Pan Min, who added that 70% of them were tourists coming to Jinggangshan.

Sales have climbed both on year and on month according to Pan, in line with industrial forecasts in a market report released in Beijing in late March.

Traditionally a season of thin trading, the first four months of this year logged an increase of nearly 180% in sales compared with the same period in 2019, the year before the outbreak of COVID-19, said Pan.

Best-sellers included collected works of Chairman Mao, catalog records of the Jinggangshan revolutionary base area and an oral history of the struggles in the region, according to the manager. 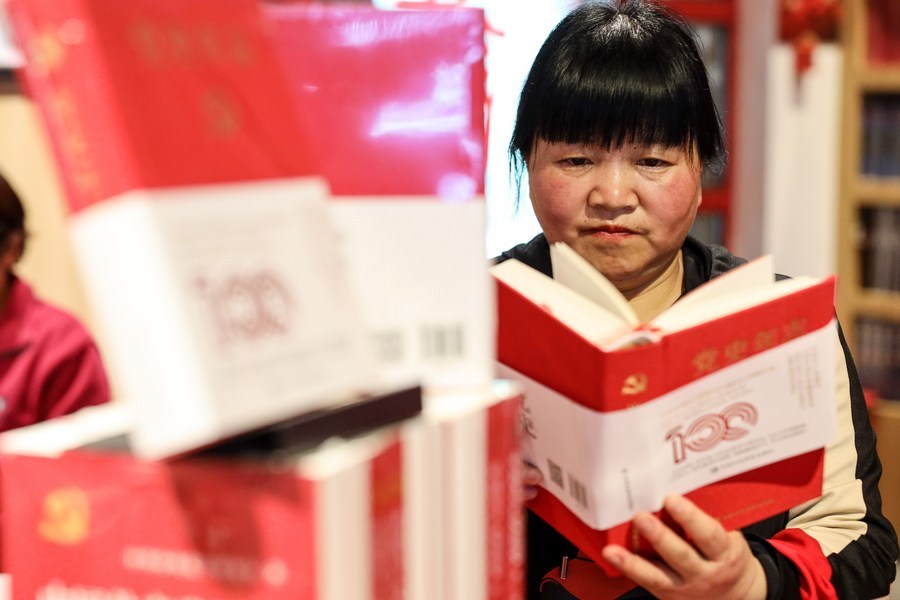 A similar scene was also found in Zunyi, southwest China's Guizhou province, an "unusual one" according to the staff at a local revolution-themed Xinhua Bookstore branch.

More than 900 km to the west of Jinggangshan, Zunyi hosted a CPC meeting in 1935, which is widely considered a watershed event in the history of the CPC.

Sales soared 30% in the first quarter compared to the same period of 2019, according to Zhan Huijing, head of the Zunyi bookstore.

"Many readers made a point of visiting here, asking when a much-expected title on CPC history is available," said Zhan. 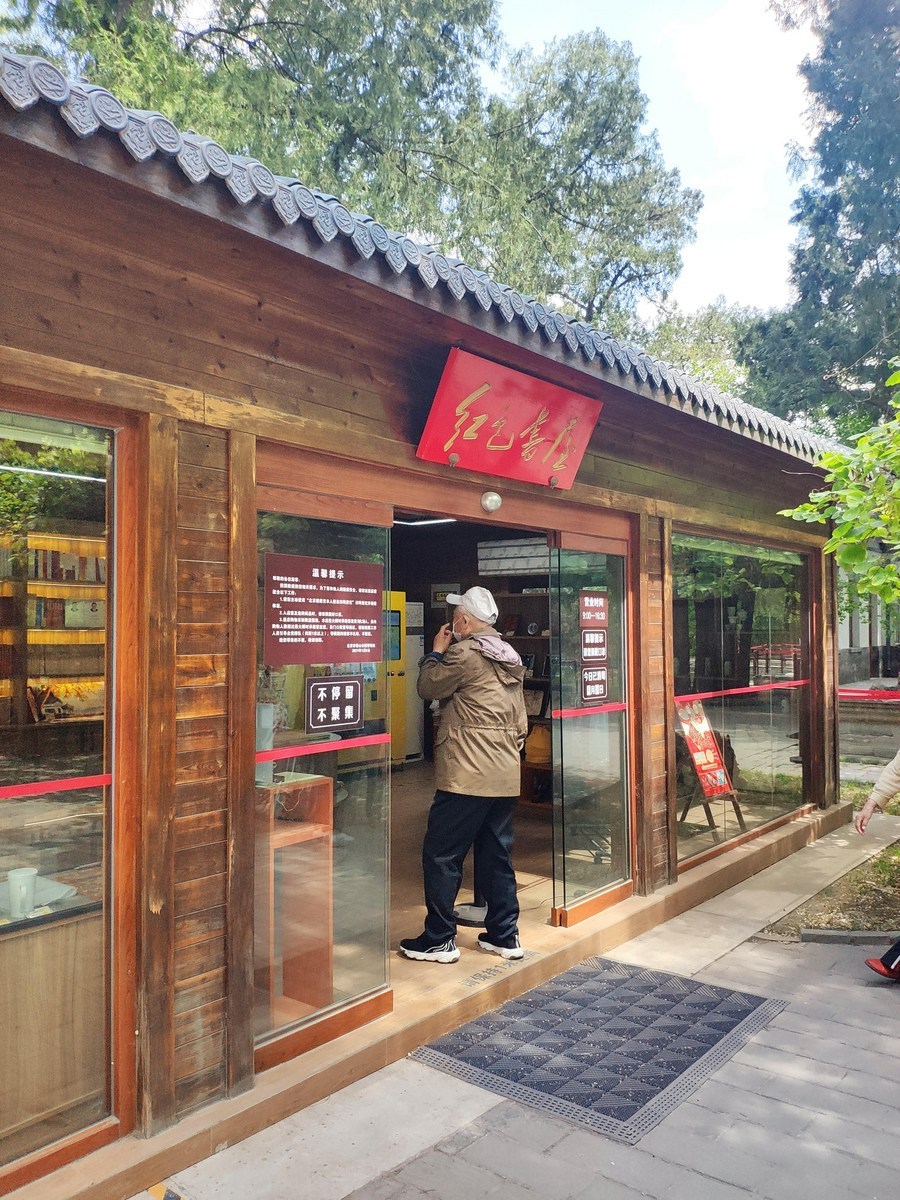 Photo taken on April 29, 2021 shows a visitor walking into a "Red" Bookstore in Beijing. [Photo/Xinhua]

Revolution-themed bookstores are not the only players promoting "red" reading. Many general and private bookstores are also exploring new ways to better engage the public.

Zhongshuge, a chain bookstore startup renowned for its surreal design, has furnished a section at its Zunyi branch with bugles and medical kits that can hark back to the warring era, displaying revolutionary productions and facilitating in-store reading.

In April, the Wangfujing Bookstore in central Beijing joined hands with nearby primary and secondary schools to bring theme book fairs to the campuses, featuring "red" publications for children and young students.

On the high-speed trains between Beijing, Tianjin and Xiongan, passengers were offered a free reading service on board, more than 200 digital books and audiobooks, many of which are the revolution history of the Party.

China Bookstore, a famous publisher of classic Chinese books, launched an online exhibition of "red" memories in March, bring together 100 revolution-themed comics, 100 posters of revolution movies and more than 50 newspapers published on the previous birthdays of the CPC. The offline version of the exhibition is currently on tour in its physical bookstore outlets, which became a hit during this year's World Book Day.

The popularity of books about revolutionary years reflects a collective recognition of the Party's leadership over the past decades, which is a natural assertion of current social psych ahead of such a milestone, said Zheng Dongsheng, a professor at the Party School of the Guizhou Provincial Committee of CPC.

The reading preference also reflects the personality and history of a city, as well as the status of its social and cultural development, said Zheng.