The renovated site of the "Red Building," once the main campus of Peking University and a key location in the history of the Communist Party of China (CPC), reopened to the public on Tuesday.

Visitors to the building in Beijing will be able to enjoy a themed exhibition celebrating the 100th anniversary of the CPC's founding.

The exhibition features 1,357 cultural relics and employs new-media technologies such as holograms to demonstrate the Party's early revolutionary activities in Beijing.

Built from 1916 to 1918, the building was named after its red brick walls and tiled roof. It witnessed several of China's major historical events, including the New Culture Movement and the May Fourth Movement, both of which greatly contributed to the early spread of Marxism in the country and the founding of the CPC.

In history, the Party's pioneers, including Li Dazhao, Chen Duxiu and Mao Zedong, carried out revolutionary activities in the building.

The room 119 in the southeast corner of the building's first floor, which is now the director's office of the Peking University Library, served as a former working site of Li Dazhao, where the communist complied prominent articles and introduced Marxism theories into Chinese universities.

From 1918 to December 1922, Li Dazhao once worked in the office which covers about 50 square meters. After the May Fourth Movement, several symposiums were held in the office to carry out debates on the theoretical problems of Marxism and to establish a research society on Marxist theories. 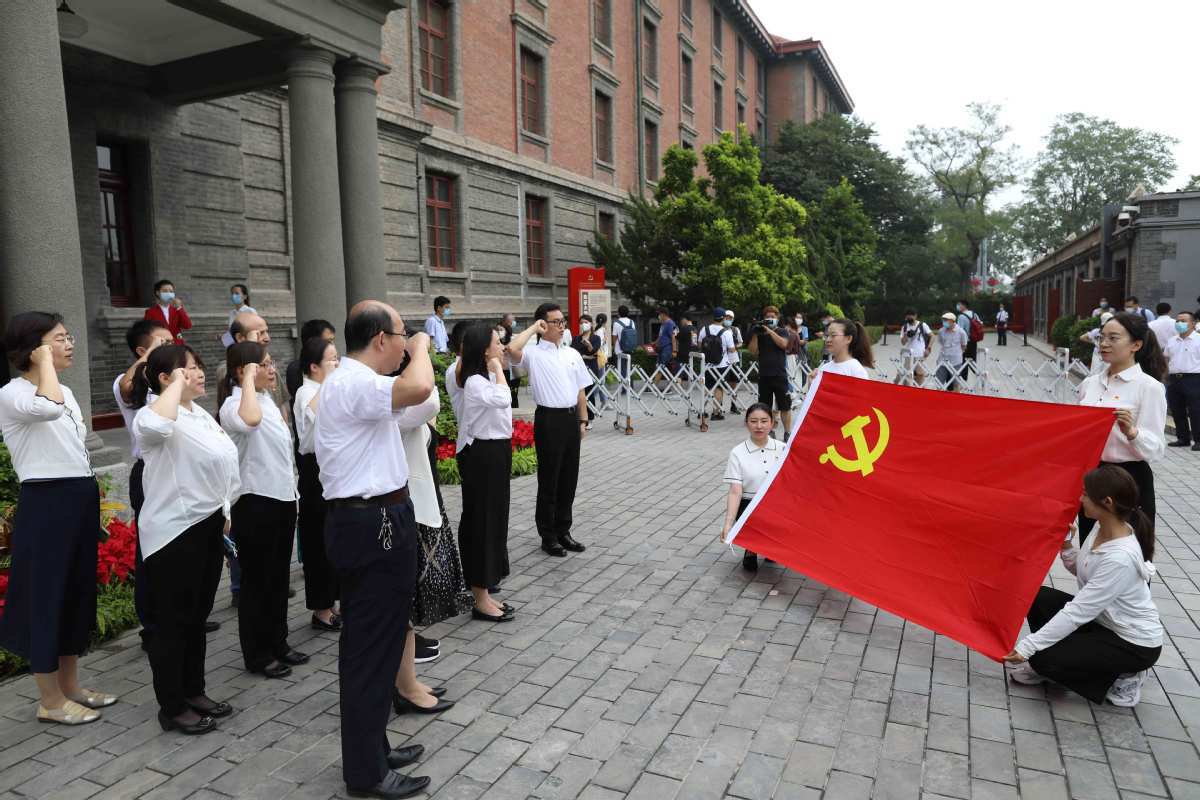 Qin Suyin, an expert in scene restoration, said that there are over 550 original cultural relics on display, including the original version of "My View of Marxism," written by Li Dazhao and published in September 1919 on "La Jeunesse," a magazine considered at the center of the New Culture Movement in China.

In a room on the first floor of the "Red Building," a replicated scene shows students of Peking University preparing banners and slogans for the parade in the May Fourth Movement.

One student visitor said that reviewing past events within such a historical setting is a good way for visitors to learn the history of the Party.

"We young people should keep in mind the revolutionary history of the CPC and treasure the good life we have today," he said.