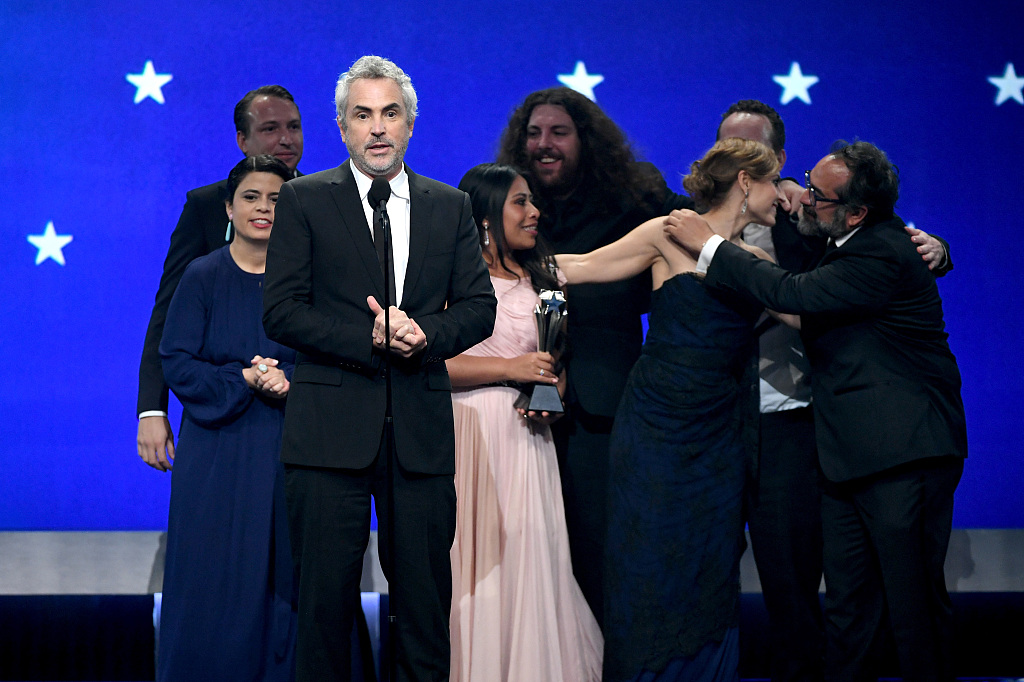 lfonso Cuaron (at microphone) and cast and crew of 'Roma' accept the Best Picture onstage during the 24th annual Critics' Choice Awards at Barker Hangar on January 13, 2019 in Santa Monica, California.(Photo: VCG)

Written and directed by Mexican filmmaker Alfonso Cuaron, the critically lauded autobiographical drama follows the life of a live-in housekeeper to an upper middle-class family.

The title refers to Colonia Roma, a neighborhood in the City of Mexico. The film won the Golden Lion at the Venice Film Festival last year and took home two wins last week at 76th Golden Globe Awards, including best foreign language film and best director.

It was a big win for the streaming platform, Netflix, to earn its first Golden Globe for a movie.

The film is also widely considered one of the front-runners in the foreign language film category in this year's Oscar race.