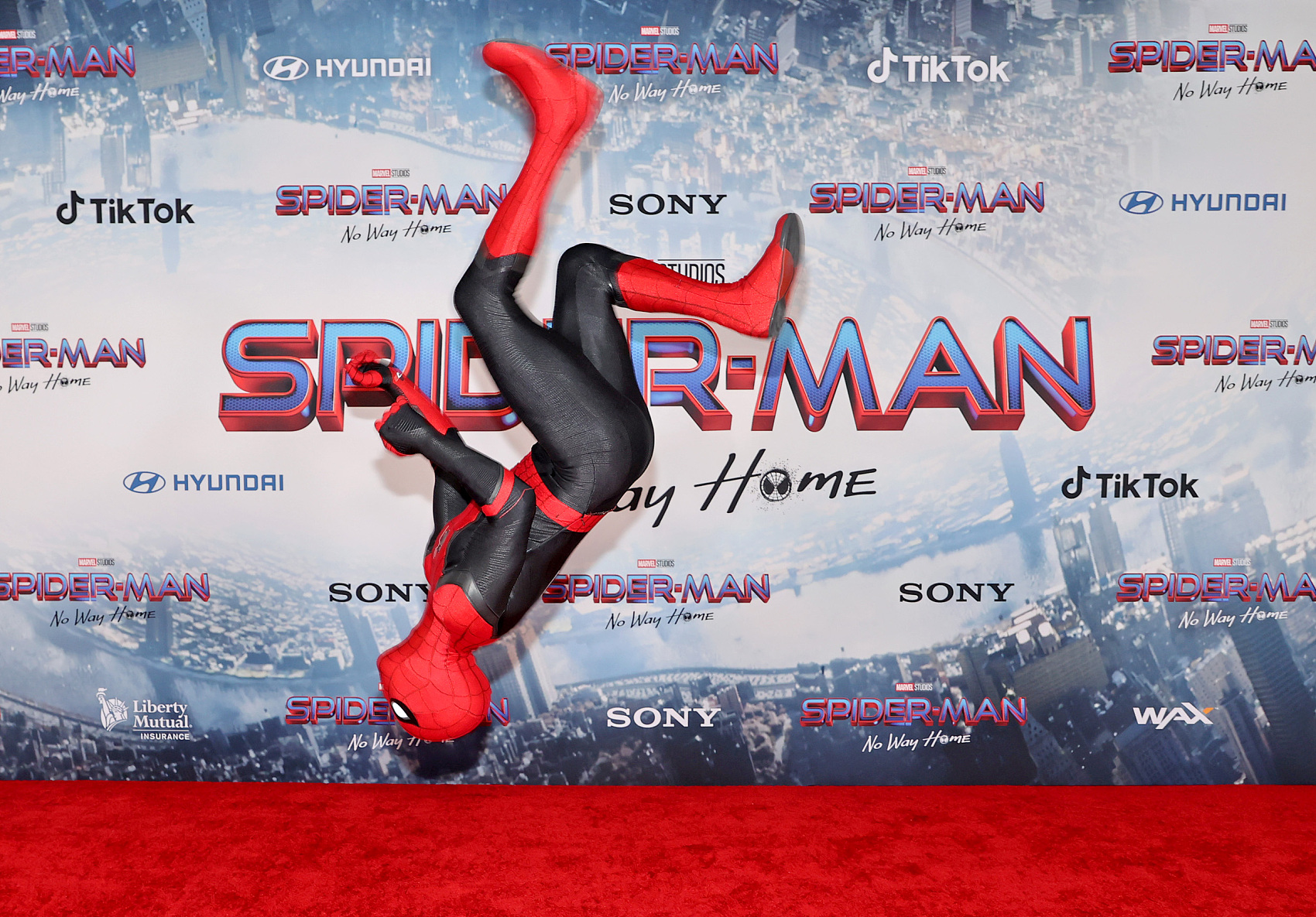 LOS ANGELES, Jan. 9 (Xinhua) -- "Spider-Man: No Way Home" stayed atop the North American box office for the fourth weekend in a row with a three-day estimate of 33.01 million U.S. dollars, according to studio figures released by measurement firm Comscore on Sunday.

The superhero film, co-produced by Columbia Pictures and Marvel Studios and distributed by Sony Pictures Releasing, has grossed 668.75 million dollars in the United States and Canada through Sunday. The film now ranks as the sixth highest grossing film of all-time in North America.

Internationally, "Spider-Man: No Way Home" also took in 64.4 million dollars this weekend in 63 markets, bringing its global cume to 1.53 billion dollars. The film is now the eighth highest grossing film of all-time globally.

Universal's animated musical comedy film "Sing 2" came in second with 11.95 million dollars in its third weekend. The sequel to 2016's "Sing" has grossed 109.01 million dollars through Sunday in North America.

Directed by Garth Jennings, the film features an all-star cast of voice talents, including Matthew McConaughey, Reese Witherspoon, Scarlett Johansson, Taron Egerton, Tori Kelly. Buster Moon, the ever-optimistic koala who owns the Moon theater, and his performers must persuade the world's most reclusive rock star to join them for the opening of a dazzling stage extravaganza in the sequel.

Universal's spy film "The 355" opened in the third place with 4.8 million dollars this weekend.

Directed by Simon Kinberg, the film follows a group of female agents from around the world, who must work together to protect the world when a top-secret weapon falls into mercenary hands.

As a collection of history's worst tyrants and criminal masterminds gather to plot a war to wipe out millions, someone must race against time to stop them in the new film which presents the story of the birth of the Kingsmen organization.

Based on the book "All Things Possible" and directed by Andrew and Jon Erwin, the film tells the inspirational true story of American football star Kurt Warner, who went from a stockboy at a grocery store to a two-time NFL MVP and Hall of Fame quarterback.