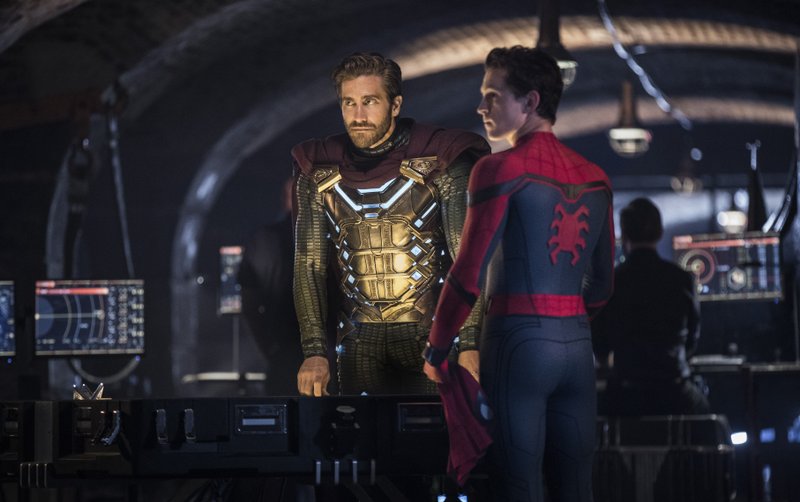 Jake Gyllenhaal, left, and Tom Holland in a scene from "Spider-Man: Far From Home." (Photo: AP)

Spider-Man: Far From Home” swooped in to dominate the July Fourth holiday weekend, raking in an estimated $185.1 million since opening in North America on Tuesday and earning $93.6 million from Friday to Sunday.

The opening gave Sony Pictures one of its best weeks ever. “Far Fom Home” has grossed $580 million worldwide in 10 days of release. It also came with an assist from Disney’s Marvel Studios, which has partnered with Sony on this and its previous “Spider-Man” release.

In third is Universal’s Beatles-themed “Yesterday,” which tallied $10.8 million in its second weekend.