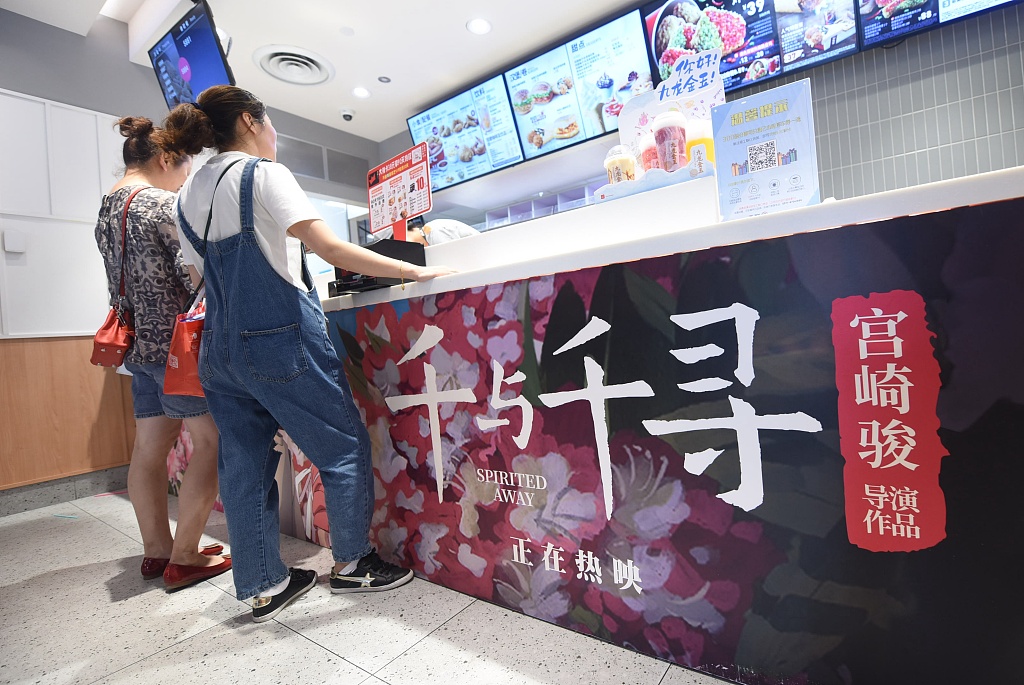 It was followed by "Toy Story 4," the fourth installation of Pixar and Disney's long-running "Toy Story" series, which raked in about 10.07 million yuan on its sixth day of screening.

"Spirited Away" earned a total box office of 270 million yuan since its June 21 debut on the Chinese mainland.