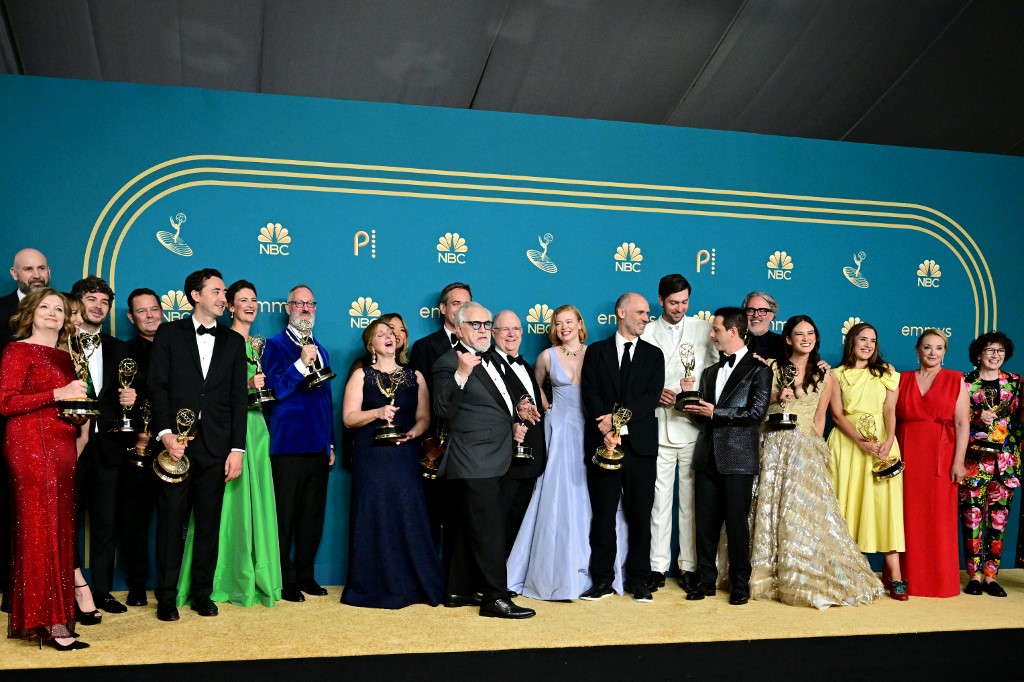 The cast and crew of "Succession" pose with the Emmy for Outstanding Drama Series during the 74th Emmy Awards at the Microsoft Theater in Los Angeles, California, on September 12, 2022. (Photo: AFP)

The HBO series "Succession" tracks the lives of the Roy family, the dysfunctional owner of a global media and hospitality empire, as they contemplate their future after their aging father begins to step back from the conglomerate. The show had previously won the trophy in the category in 2020.

South Korean actor Lee Jung-jae won outstanding lead actor in a drama series for his role in the Netflix series "Squid Game," becoming the first Asian actor to win the top prize in the category.

Matthew Macfadyen and Julia Garner walked away with the award for outstanding supporting actor and actress respectively in a drama series.

HBO's "The White Lotus" is the winner for outstanding limited or anthology series.

This event, which honors the best in American prime time television programming from June 1, 2021, until May 31, 2022, was held at the Microsoft Theater in downtown Los Angeles.