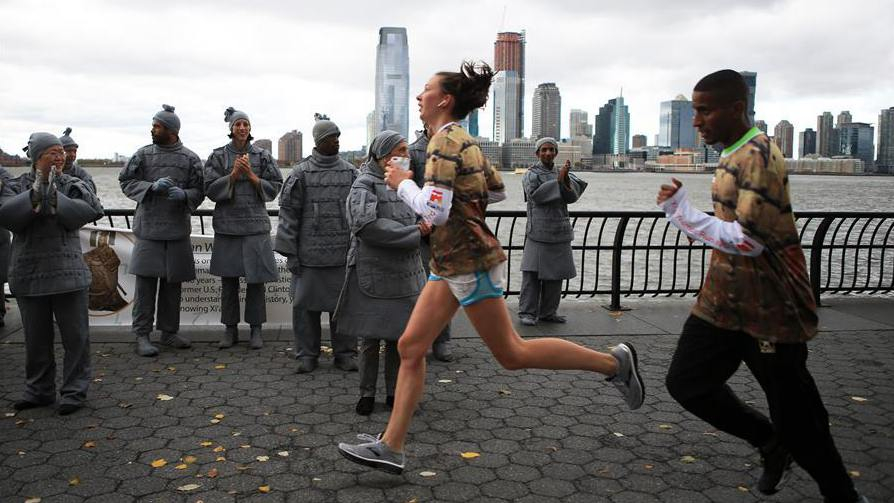 NEW YORK, Nov. 3 (Xinhua) -- Over 100 runners dressed like the ancient Terracotta Warriors of China participated in a mini-marathon here on Saturday to both greet the runners' annual gala in the city and showcase the rich Chinese cultural heritage.

Braving a chilly weather and strong winds, all runners finished off the three-km race staged along the Hudson River in downtown Manhattan, with local resident Ted Brakob taking the top position.

It took place right ahead of the annual New York City marathon on Sunday, one of the world's premier marathon events dating back to 1970. An estimated 50,000 people from across the globe took part in the 42-km race in 2017.

The mini-marathon also aims at promoting Xi'an, home to the 2,200-year-old Terracotta Warriors, as a tourist destination for people who want to know both ancient and modern China.

"Xi'an is one of the top tourist destinations in China," said Li Liyan, Cultural Councilor of the Chinese Consulate General in New York while attending the event. "We hope to improve mutual understanding between the people of China and the United States through such kind of cultural exchange."