BEIJING, Nov. 25 (Xinhua) - As of Thursday morning, the total box office of the Chinese war epic "The Battle at Lake Changjin" has reached a whopping 5.695 billion yuan (about 890 million U.S. dollars), according to official data. 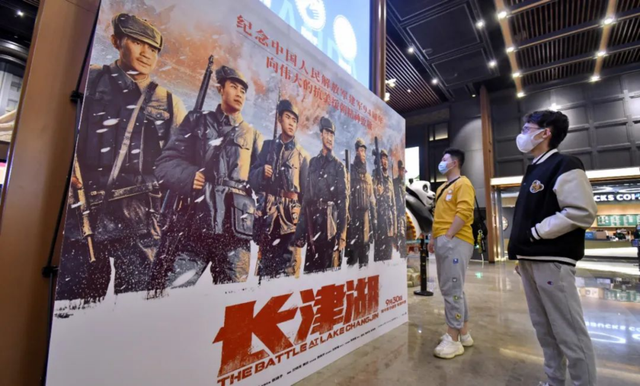 Set in the War to Resist U.S. Aggression and Aid Korea (1950-1953), the movie tells the story of Chinese People's Volunteers (CPV) soldiers fighting bravely in freezing temperatures in a key campaign at Lake Changjin, or Chosin Reservoir.

The sense of patriotism the film conveys strikes a chord with audiences. "After watching the film, I'm more grateful for the happy life we have today, which didn't come easy," said a viewer from northeast China's Jilin Province.

After a splendid run in China, it opened in a limited theatrical release in North America on Nov. 19.

According to the China Movie Data Information Network, currently, the top six positions of all-time top-earners at China's box office are all occupied by domestic titles. Apart from the war epic film and "Wolf Warrior 2," it also includes well-received comedy "Hi Mom," "Ne Zha," the highest-grossing animated film in China, and sci-fi blockbuster "The Wandering Earth."