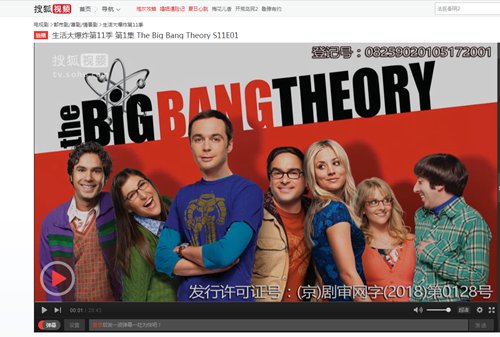 According to the streaming site, Sohu TV subscribers will be able to view the entire season at once, while the show will be updated at a rate of two new episodes every Wednesday for non-members.

At a launch event for the show on Wednesday, Sohu TV CEO Zhang Chaoyang said that the platform will continue to introduce quality US TV series because of their huge fan base in the country, going on to note that the development of China's own domestic TV series is starting to follow the US model.

"It is a big trend that Chinese TV series covering themes like crime, counter-terrorism and urban life are becoming more and more like Hollywood style productions," he said.

The Chinese debut comes three months after the last episode of season 11 was broadcast in the US.

While previously Sohu TV and other streaming platforms had nearly simultaneous release schedules with the US, recent reforms now require seasons of foreign shows be reviewed in their entirety by government authorities before release instead of on a per episode basis.