'The Buffalo Hunt' seeks to show tribe in a new light 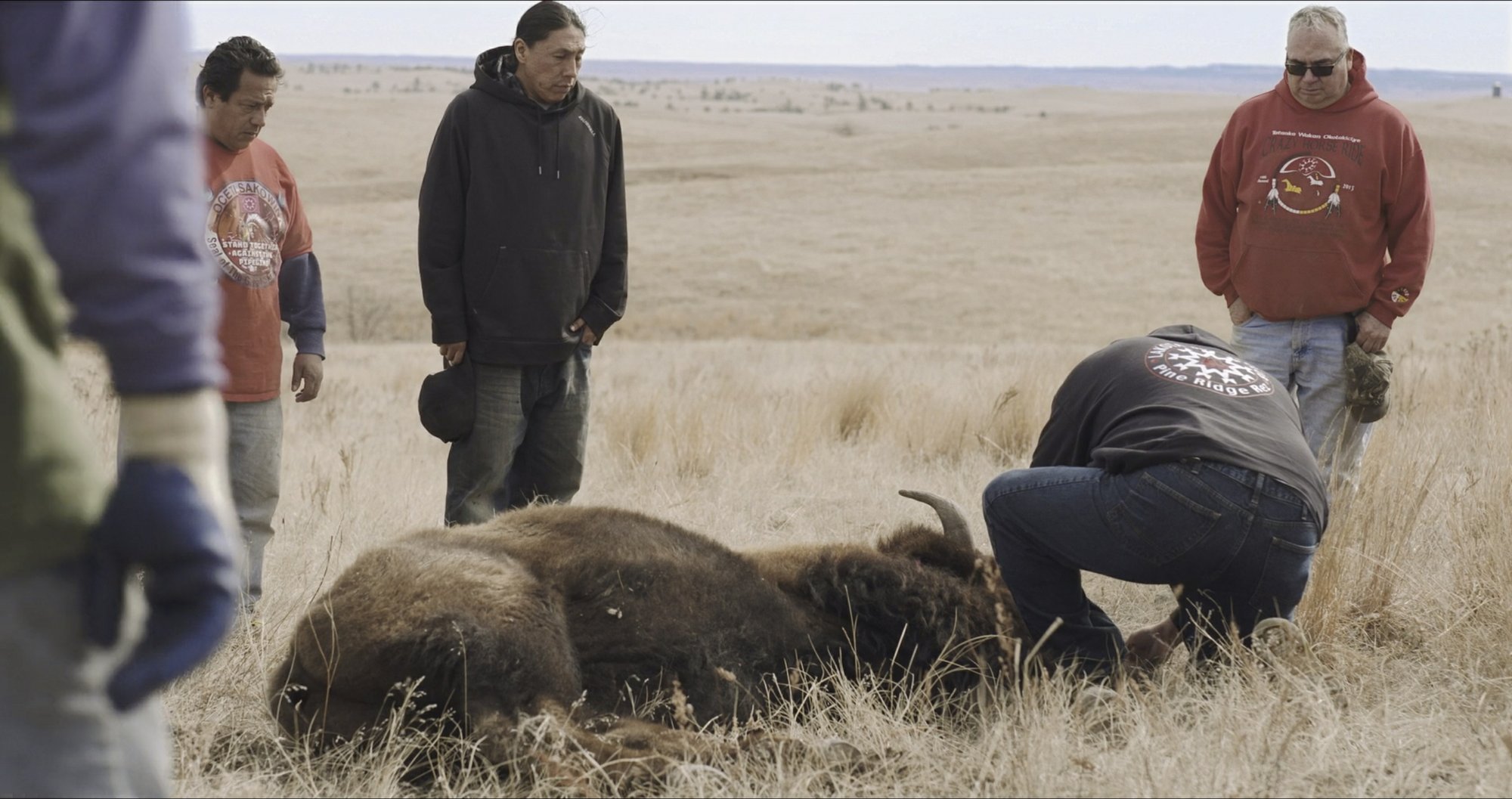 “The Buffalo Hunt,” a new documentary on the homeland of the Oglala Lakota, attempts to shun clichés around the Pine Ridge Indian Reservation in South Dakota involving poverty and addiction and instead focus on traditions around the Native American tribe.

Directed by Philip Di Fiore, the film lets the Lakota Sioux people of today speak without narration as they work to save customs passed down by the elders through the buffalo hunt — a sacred act which extends to all aspects of life. There, in the hunt, elders share stories on how previous generations used the animal’s gifts and prepared hunters for the world before them. Young members watch and participate.

The year-long project on Pine Ridge began after producer Phillip O’Leary took part in the 2016 protests at Standing Rock over the proposed Dakota Access Pipeline over concerns the local drinking water would be polluted. O’Leary originally wanted to dive into a documentary around the Standing Rock protests until he met Pine Ridge members, Di Fiore said. The Lakota Sioux men, like members of other Native American tribes from New Mexico to Oklahoma, had come to Standing Rock in solitary.

“Phillip was captivated by their stories so the focus of the project changed,” Di Fiore said.

But would it fall victim of other stereotypical portrayals?

Pine Ridge has been the subject of a number of documentaries that have centered on the reservation’s extreme poverty, chronic alcoholism or drug addiction. Those films, like the 2008 “The Battle for Whiteclay” and the 2014 “Sober Indian Dangerous Indian,” regularly juxtapose the breathtaking landscape of the Great Plains with human suffering in a place where unemployment hovers around 85 percent.

“As a white guy from New York coming into their world, I didn’t want to fall into these traps,” said Di Fiore, a Brooklyn-based director best known for shooting music videos. “So we were very careful not to insert a preachy message or stamp our views on anything. We just let the story unfold.”

Eventually, Di Fiore and his crew turned their attention to traditional buffalo hunts where the Oglala Lakota worked on their terms. Di Fiore conducted no interviews. He didn’t seek outside experts to explain anything.

Instead, he filmed detailed shots of hunters skinning a buffalo then delivering meat to elders for stew. That became the window to larger stories about community across the sprawling 3,500 square-mile (9,064 square-kilometer) reservation.

Some shots go longer than expected. An elder’s nearly five-minute speech is shown in its entirety.

After one hunt, Di Fiore focuses on a one woman, who, at 75 years old, had just finished getting her college degree. She’d been sent to a boarding school as a child and forgotten how to speak her traditional language. A young member heard her story after delivering buffalo ground meat to her.

Those in hunts tackled stereotypes by just being themselves, Di Fiore said. After taking part in a ceremony following a hunt in one scene, male members hear a story about how the buffalo will enter the spirit world. The men in the ceremony wear hoodies and baseball caps.

“We wanted to do our best to be respectful and take you into their world,” Di Fiore said.

“The Buffalo Hunt” already has won a number of awards, including best feature documentary honors at the Prague Film Awards and Canada International Film Festival.

The film is set to be released on Amazon Prime on June 21.