Hu Zhiping said in his speech that the Confucius Institute is committed to disseminating Chinese language and culture to the world and strengthening exchanges between China and other countries. He fully affirmed the achievements made by the Confucius Institutes in Japan and pointed out that this year marks the 45th anniversary of the normalization of China-Japan diplomatic relations and next year will usher in the 40th anniversary of the signing of China-Japan Treaty of Peace and Friendship, which offer a golden opportunity for the prosperity of the Confucius Institutes and Classrooms in Japan. Hence, the Chinese Embassy and Chinese consulates in Japan will work together with the institutes to facilitate their development. 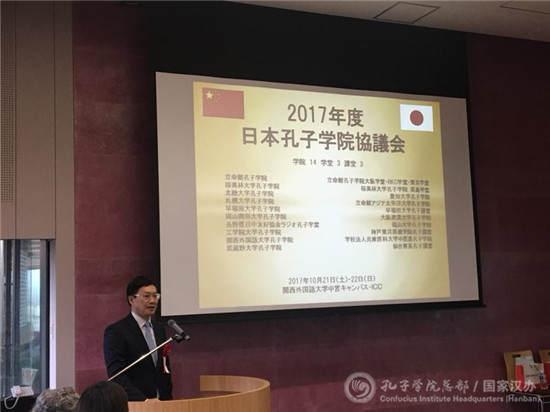 Venue of the conference

Hu Zhiping concluded that the Confucius Institute, as a base of disseminating the Chinese language and culture, should be faithful to its original aspiration and continue marching forward to make it a trinity of Chinese language teaching, cultural exchanges and Sinology research.