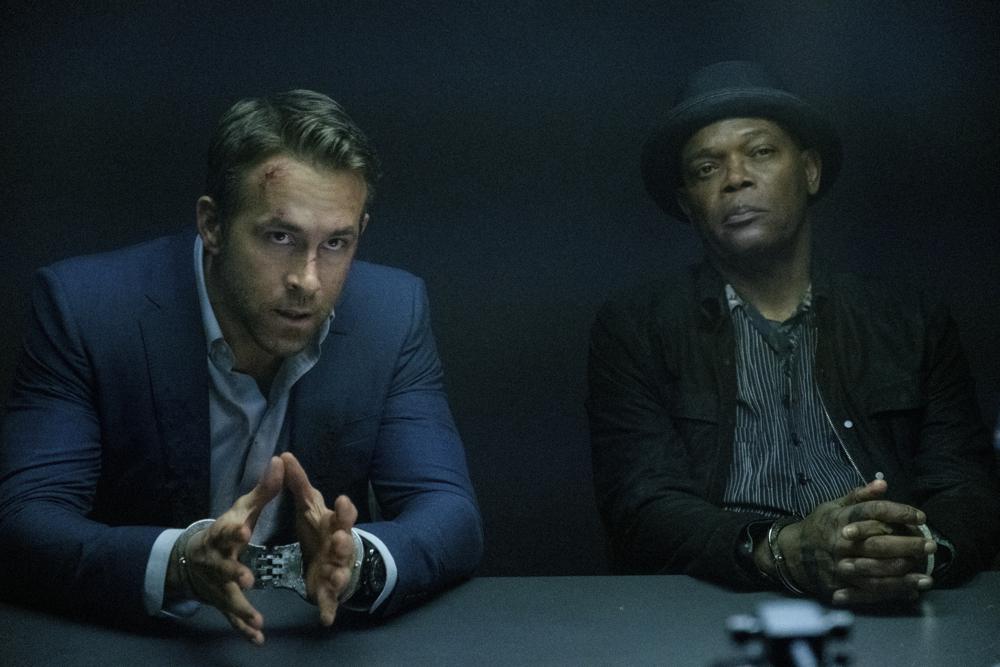 The Lionsgate’s film starring Ryan Reynolds, Samuel L. Jackson and Salma Hayek brought in $11.6 million domestically to claim the No. 1 spot in its debut. The action-comedy — which appeared in 3,331 locations — is the follow up the 2017 breakout hit “The Hitman’s Bodyguard.”

The “Hitman” sequel notched “A Quiet Place Part II,” which took hold of the second spot in its fourth weekend of release. The Paramount horror-thriller, which stars Emily Blunt and was directed by John Krasinski, earned $9.4 million. The film became the first of the pandemic era to reach $100 million domestically.

This weekend, “Godzilla vs. Kong” became the second movie of the pandemic to cross $100 million. The film has garnered more $442.5 million worldwide.

Meanwhile, the Jon M. Chu-directed “In the Heights” continued to struggle. The adaption of Lin-Manuel Miranda’s Broadway musical dropped a few slots to sixth this weekend.

The Warner Bros. film earned more than $4.2 million, a 63% drop from the previous week. The critically-acclaimed musical film has recently been called out for its lack of dark-skinned, Black Latinos in leading roles.

However, Paul Dergarabedian, senior media analyst for Comscore, believes the movie fell victim to lofty expectations. He said musicals often take a while to develop an audience.

“There were so many things going on with this film,” Dergarabedian said. “There were very high expectations when it opened last weekend. And because of the strong reviews, I think there were some overblown expectations. With the big projections, people were emotionally tied to the movie. The box office projections were overblown. That set unrealistic expectations.”

“Peter Rabbit 2: The Runaway” placed third in the box office with $6.1 million, while “The Conjuring: The Devil Made Me Do It” claimed the fourth spot with $5.15 million. It barely edged the Emma Stone-led “Cruella,” which came in fifth with $5.1 million.

“This is about winning over audiences who watched a lot of content on the small screen,” he said. “Now, they will be able to see a movie that has been long delayed, but is tailor made for the big screen and that theater communal experience. Escapism will be the watch word when it comes to Furious 9.”