CULTURE ‘The Mandalorian’ gives female directors a chance to shine

‘The Mandalorian’ gives female directors a chance to shine 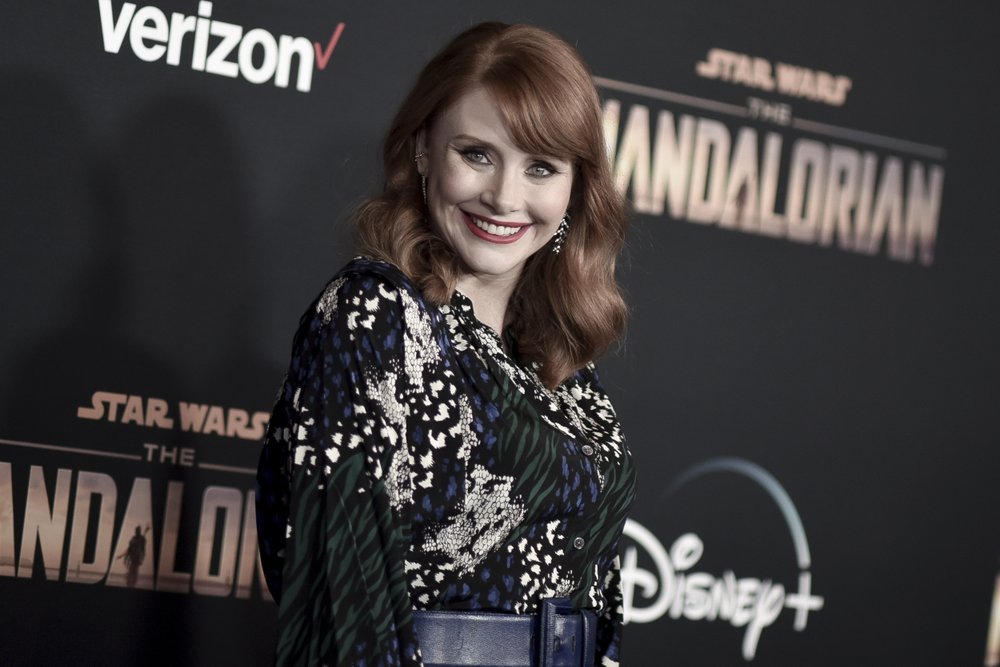 This Nov. 13, 2019 file photo shows Bryce Dallas Howard at the premiere of "The Mandalorian," in Los Angeles. (Photo: AP)

“Star Wars” has faced criticism for having a lack of female directors, but the popular franchise is making an effort to place more women in the prominent role starting with the new series “The Mandalorian.”

The Disney Plus series, which airs Fridays, broke new ground for “Star Wars” when Deborah Chow became the first woman during a Nov. 22 episode to direct a live-action story in the 42-year history of the franchise. She had company this season from Bryce Dallas Howard, who later directed an episode.

The lack of women directors has drawn criticism not only to “Star Wars″ but to the film and television industry as well. The selection of Chow and Howard is a move by the Lucasfilm property to show its commitment to put more women behind the camera.

“It feels like respect. We’re given a chance to show up,” said Howard, who directed the fourth episode of the series, which follows the journey of a Mandalorian bounty hunter along with an adorable green alien infant dubbed “Baby Yoda,” who wields Jedi-like powers. The series takes place about five years after the events of the 1983 film “Return of the Jedi.”

Howard has been around film sets all her life as the eldest daughter of actor-director Ron Howard, who directed 2018’s “Solo: A Star Wars Story.” The actress knows “The Mandalorian” is her biggest directing project to date, but the opportunity powered her to show that women can handle the pressure of directing a major franchise as well as any male counterpart.

“A movie set can seem like a rough place. It can seem like there’s a lot of pressure. It can be very intense,” said Howard, who starred in several films including “Jurassic World” films and “Rocketman.” At times, it can feel a little dangerous. Sometimes, people would feel like we would need to protect a female director in that circumstance. But no, you don’t have to protect. Just respect them. This is a sign of respect.”

Chow said directing a splashy Star Wars property was a “challenge and privilege” at the same time. The Chinese-Australian filmmaker —who previously worked on “Better Call Saul” and “Mr. Robot” —believes her and Howard’s directorial efforts on “The Mandalorian” can show a woman’s worth at the helm of a big project like Star Wars.

“It’s important to see that we all have a fair chance at this, and we can all do this well,” said Chow, who directed two episodes including one that airs Dec. 18. She’s also tapped to direct the upcoming Obi-Wan Kenobi series on the streaming service. “I’m hoping this first season of ‘The Mandalorian’ opens everybody’s minds to realize that we’re capable of doing it.”

Based on the numbers, there has been some progress. The television episodes directed by women grew to a record 31%, more than doubling in the past five years, according to the Directors Guild of America’s Episodic Television Director inclusion report covering the 2018-2019 season.

Disney/ABC companies gave the most directorial opportunities to women. Of their episodes, 40% were directed by women.

Howard gave credit to “The Mandalorian” creator Jon Favreau for opening doors for many in the industry and to Lucasfilm president Kathleen Kennedy, who she says has been working for years to create more behind-the-camera opportunities for women.

“Star Wars: The Rise of Skywalker” director J.J. Abrams hopes the increase in TV can translate into film, which had only 8% of women directors in 2018, according to the San Diego State University report. The number was a 3% drop from the previous year.

“When you look at the statistics of how few female directors are actually working, it’s shocking,” he said. “You keep thinking ‘Oh it’s going to get better.’ It is, but not to the degree that it should.”

Abrams applauded Disney for hiring more female directors in the past year. He said diversity is needed to deliver a different and sometimes better perspective

“I know I’m a white dude who’s directed a bunch of movies. But to have women and people of color directing, there is a life experience and point of view that someone like myself cannot communicate because I don’t know,” said Abrams, who chose Victoria Mahoney — who is African-American — as his second director on “The Rise of Skywalker.”

“I can understand it and intellectually embrace it,” he continued. “But that is something that audiences I think are increasingly demonstrating a hunger for. It’s only good for business. It’s only good for storytelling. So obviously, I think it’s a terrific thing.”

Gina Carano, who plays Cara Dune, praised Howard for bringing balance to her character, who is a tough-minded former Rebel shock trooper, and a feminine perspective.