CULTURE 'The proof is there': Mathematician shows proof of the US$1m Riemann Hypothesis

'The proof is there': Mathematician shows proof of the US$1m Riemann Hypothesis 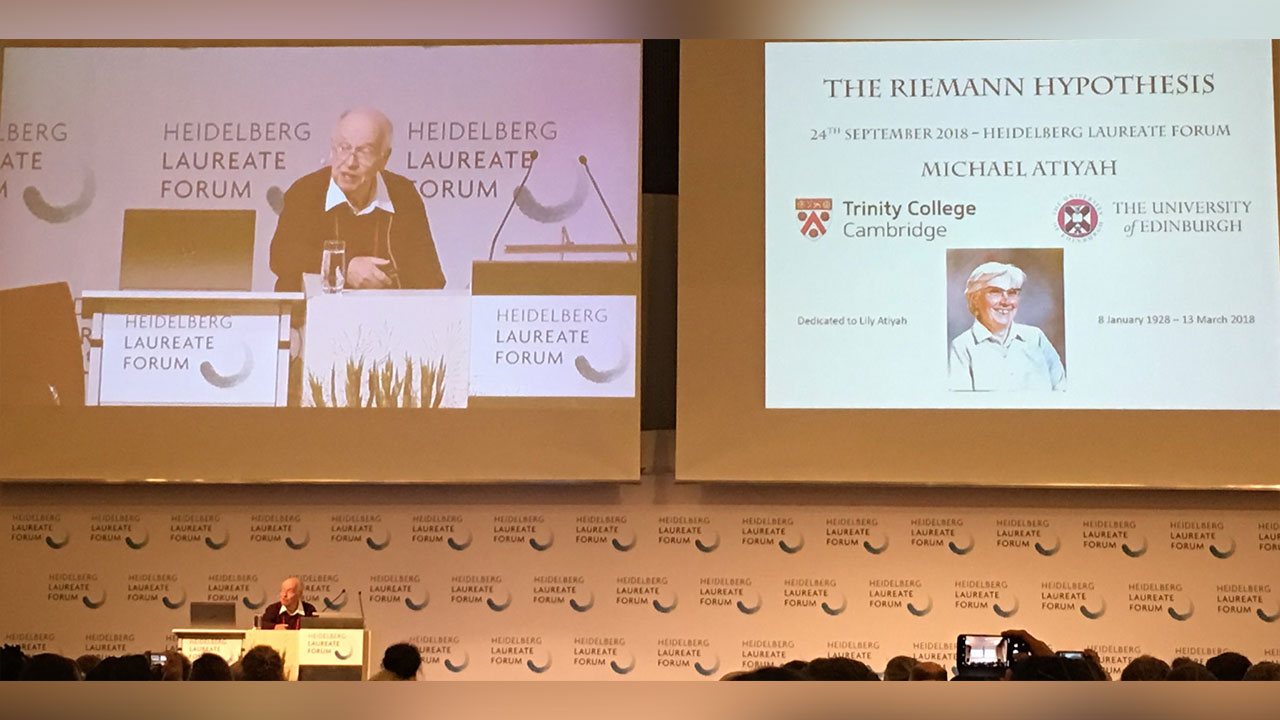 Solve a math problem and claim 1 million US dollars. This is not a scam.

British-Lebanese mathematician Michael Atiyah claimed he has found a proof to one of the hardest math problems: the Riemann Hypothesis (RH), a 160-year-old myth that has significant impact on the whole math system.

Atiyah said a few days ago that he proved the hypothesis and now he has shown the public how he did it at the Heidelberg Laureate Forum in Germany. He has also promised to make it accessible to non-mathematicians.

The hypothesis is too complicated to explain in basic math terms. But the proof is vital to the math world. A large part of the math system we use today – more than a thousand mathematical propositions, to be exact – is based on the RH.

A correct proof can turn that part of math from "should be true" to "absolutely true." And we can use it without worry.

Solving the hypothesis comes with a prize. The RH is listed as one of the seven "Millennium Prize Problems" by the Clay Mathematics Institute in the US. The institute offers a prize of 1 million US dollars for each of the problems solved.

One of the seven problems, the Poincaré conjecture, was solved by Russian mathematician Grigori Perelman. He refused to take the reward to tell the world that math matters more than money.

Atiyah's proof seems brief, as he used less than two hours to explain it. He used a concept called the "Todd function" to prove the RH by contradiction.

Proof by contradiction means if the RH is false, things will be obviously wrong. So the RH has to be true.

After giving the speech, Atiyah took a few questions from the audience, during which he said he does deserve the million-dollar prize but more work is still needed.

"This particular conjecture is the first step on a long road," he said, according to tweets posted by math enthusiast group "The Aperiodical."