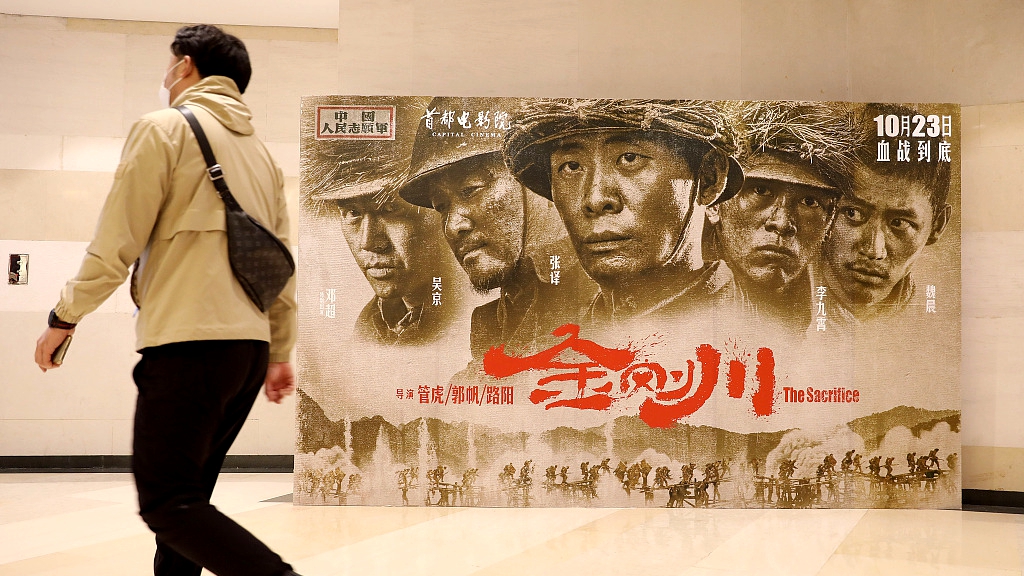 Set during the War to Resist U.S. Aggression and Aid Korea (1950-1953), the film was co-directed by Guan Hu, also the director of this year's blockbuster war epic "The Eight Hundred."

"PAW Patrol: Mighty Pups," an animated movie based on its eponymous cartoon TV series, ranked second, grossing about 14.63 million yuan on its third day in theaters.

Coming in third was U.S. superhero film "Hellboy: Rise of the Blood Queen," which raked in about 9.85 million yuan on Sunday.