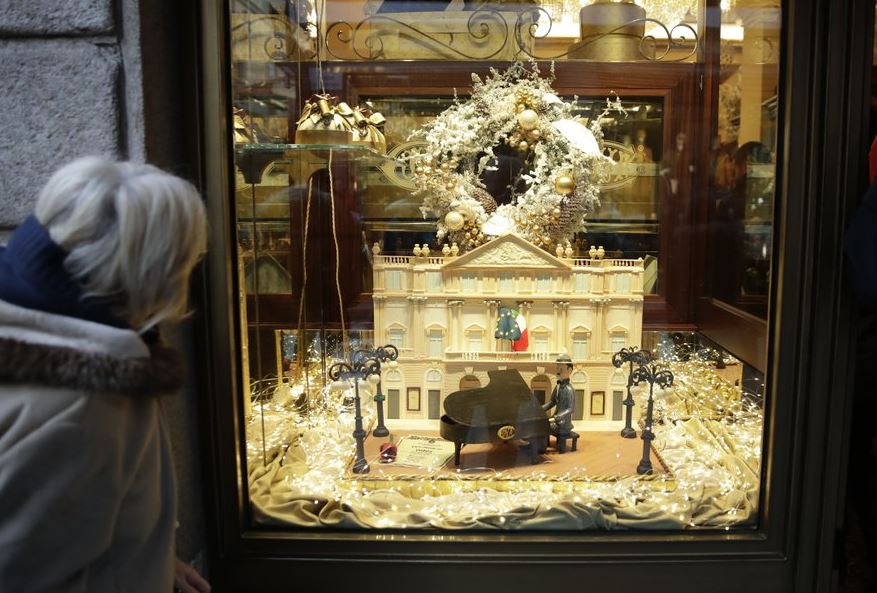 A woman looks at a cake in the shape of La Scala opera house displayed in the window of Cava bakery, in downtown Milan, Italy, Saturday, Dec. 7, 2019. (Photo: AP)

The plot — part thriller, part drama — evokes #MeToo for the modern ear, as Floria Tosca feels forced to succumb to police chief Baron Scarpia in a bid to save her lover from a death squad.

“It was written in 1900, but it gives a glimpse of the future of everything that comes more than a century later,’’ said La Scala’s musical director Riccardo Chailly, who is conducting the gala premiere. “The modernity of the subject, the greatness of Puccini’s music, makes ‘Tosca’ very contemporary, very credible and very similar to a reality that is very raw and harsh in our society.’’

One of the world’s most staged operas, “Tosca” is being performed for the first time ever for the Dec. 7 gala premiere, one of Europe’s most anticipated cultural events held each year on the feast day for Milan’s patron St. Ambrose.

“Tosca” continues Chailly’s program of emphasizing Italian Belcanto and Verismo operas among its famed Italian repertoire, where Puccini in particularly had been neglected.

Chailly chose to execute Puccini’s original score, which includes musical passages that the composer himself decided to cut before the opera was performed at La Scala for the first time just two months after its Rome world premiere in January 1900.

“This is an opportunity to get to know the opera better,’’ Chailly said. “I don’t mean that this is better than the one we are used to. I simply want to make known all of the music that Puccini wrote for this opera.”

This premiere also marks the last for outgoing general manager Alexander Pereira, who is being replaced by Frenchman Dominique Meyer of the Vienna State Opera.

During his five-year term, Pereira increased private sponsorship of the theater, which also relies on government funding, and increased ticket sales while also opening up performance series to children. But his tenure was also troubled by political run-ins that nearly cost him the job before it began. He leaves to take over as general manager for Florence’s Maggio Musicale theater.