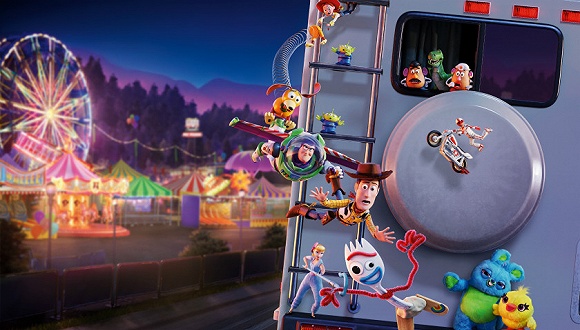 The movie took in about 2.3 million yuan on its first day in Chinese theaters, according to statistics released by the network.

In the latest installment of the Toy Story series, a new toy called "Forky" joins Woody and the gang on a new adventure.

With an average rating of 9.3 by viewers on Maoyan, a major Chinese film database and ticketing platform, the film's box office sales are expected to reach 138 million yuan in Chinese mainland.