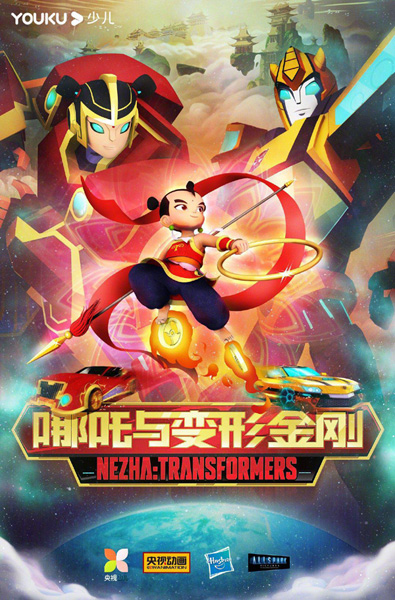 A poster of the new animation series was released by Hasbro on its official Weibo account Wednesday morning, along with a brief announcement about the co-production with CCTV Animation, the animation arm of China's state broadcaster.

CCTV Animation also released the poster on its Weibo account Wednesday, saying that Nezha: Transformers will bring together the "world-famous animation icon" of Transformers and Nezha that "represents Chinese culture and spirit."

As a popular figure in Chinese legends, Nezha has inspired multiple films and TV series. The most recent big-screen adaptation, a 2019 film directed by Yang Yu, who goes by the nickname Jiaozi, has grossed nearly 5 billion yuan (about 710.64 million US dollars) on the Chinese mainland and is now the second-highest-grossing film in Chinese history.

According to the poster, the Transformers will still take on their original robotic form but will have a new "hairstyle" with two pigtails resembling Nezha's.

No further details were given about the new co-production.