Eric Carle, author and illustrator of the beloved children's classic "The Very Hungry Caterpillar," has died aged 91, according to a statement from his official Instagram account on Wednesday. 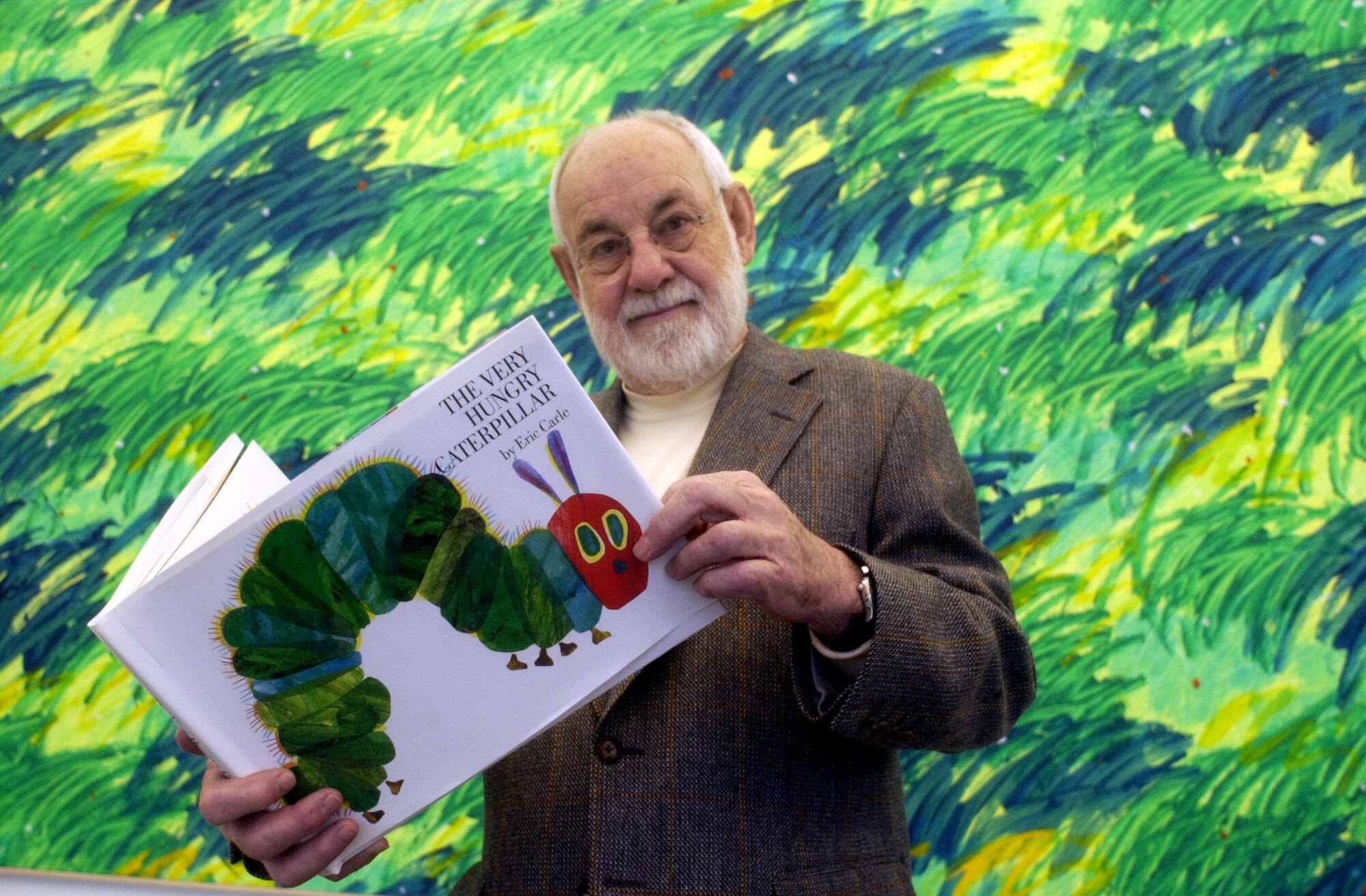 The author and artist Eric Carle with his best-known book in 2002. (File photo: Agencies)

The book, first published in 1969, features a caterpillar who eats his way through many different foods on different days of the week before finally emerging as a butterfly.

With its distinctive artwork and subtle educational concepts, the book has sold more than 50 million copies worldwide.

"It is with heavy hearts that we share that Eric Carle, author and illustrator of The Very Hungry Caterpillar and many other beloved classics, passed away on Sunday, May 23rd at the age of 91," the statement read, without elaborating.

It continued: "When asked why he thinks The Very Hungry Caterpillar has remained popular for so long, Carle said, 'I think it is a book of hope. Children need hope. You, little insignificant caterpillar can grow up into a beautiful butterfly and fly into the world with your talent.'

"Thank you, Eric Carle for sharing your great talent with so many generations of young readers," it said.

Tributes to the author poured in on social media, including from the rich and famous.

"Eric Carle has died- but he left us the unforgettable Hungry Caterpillar, Brown Bear, Brown Bear- books i read to my children and now my grandchildren," tweeted actress Mia Farrow. "Loving thoughts with his family and very much gratitude for Mr Carle."