CULTURE 'World of language' opens for public to ponder

'World of language' opens for public to ponder

In saying this, the late Austrian philosopher Lugwig Wittgenstein well summed up the importance and complexity of the human language. Yet, few people realized it while they talk, text, listen and read. 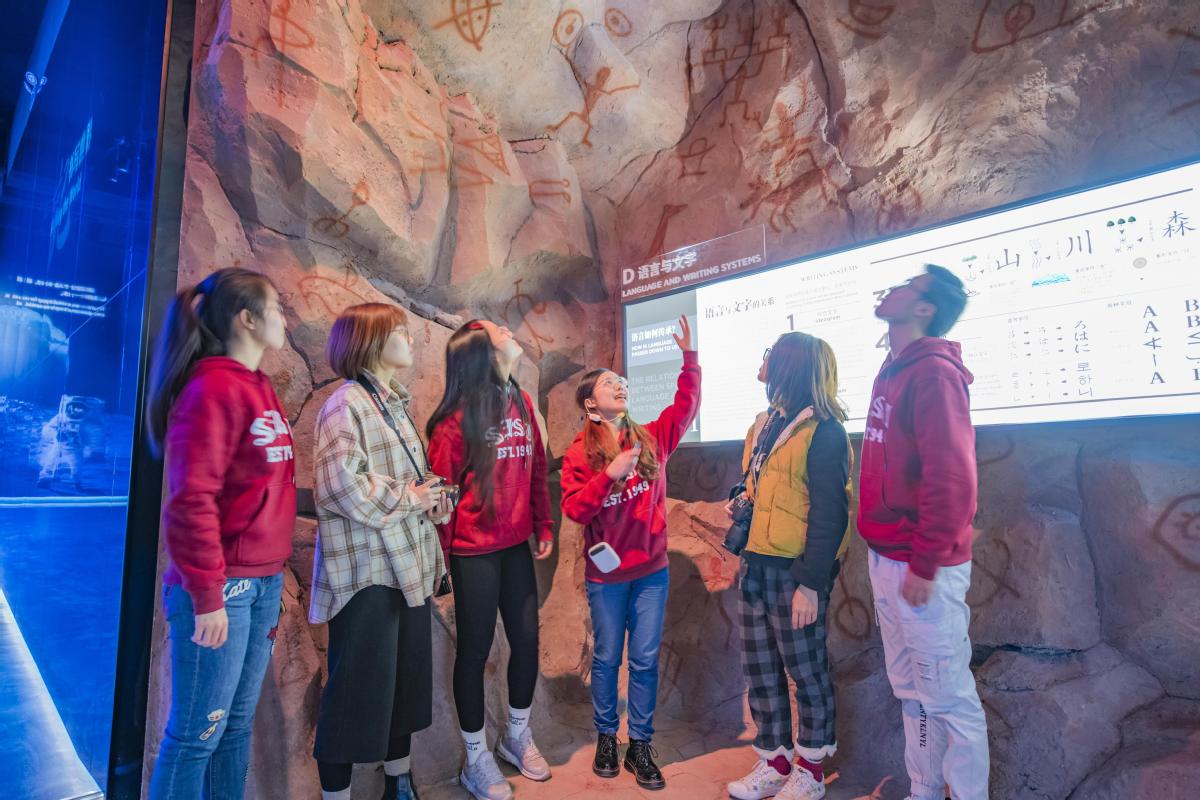 A museum of language, the first of its kind in China, opens on the Songjiang campus of Shanghai International Studies University on Dec 7, 2019. (Photos: China Daily)

But one is sure to appreciate the language he uses after a visit to the Museum of Language, opened by Shanghai International Studies University in its Songjiang campus on Saturday.

The 1,000-square-meter museum opened to public, guiding them through every aspect of the world of language with multimedia exhibits and interactive designs.

"The museum lets language—the performing stage of human minds—speak for itself, reminding us of its existence and providing us another way to examine it." said Zhu Lei, associate professor of the Institute of Linguistics and the museum's academic consultant.

Divided into eight chapters, the museum covers topics from the mystic birth of language to the evolution of language in the digital world, from the world's major writing systems to translation and intercultural communication, from the human constructed international language Esperanto to the undeciphered Rongorongo glyphs on Easter Island.

The museum also gives an interesting quiz to test one's linguistic knowledge of phonetics, syntax, semantics and pragmatics, and projects a big map on a wall to show the different language families' distribution around the globe. 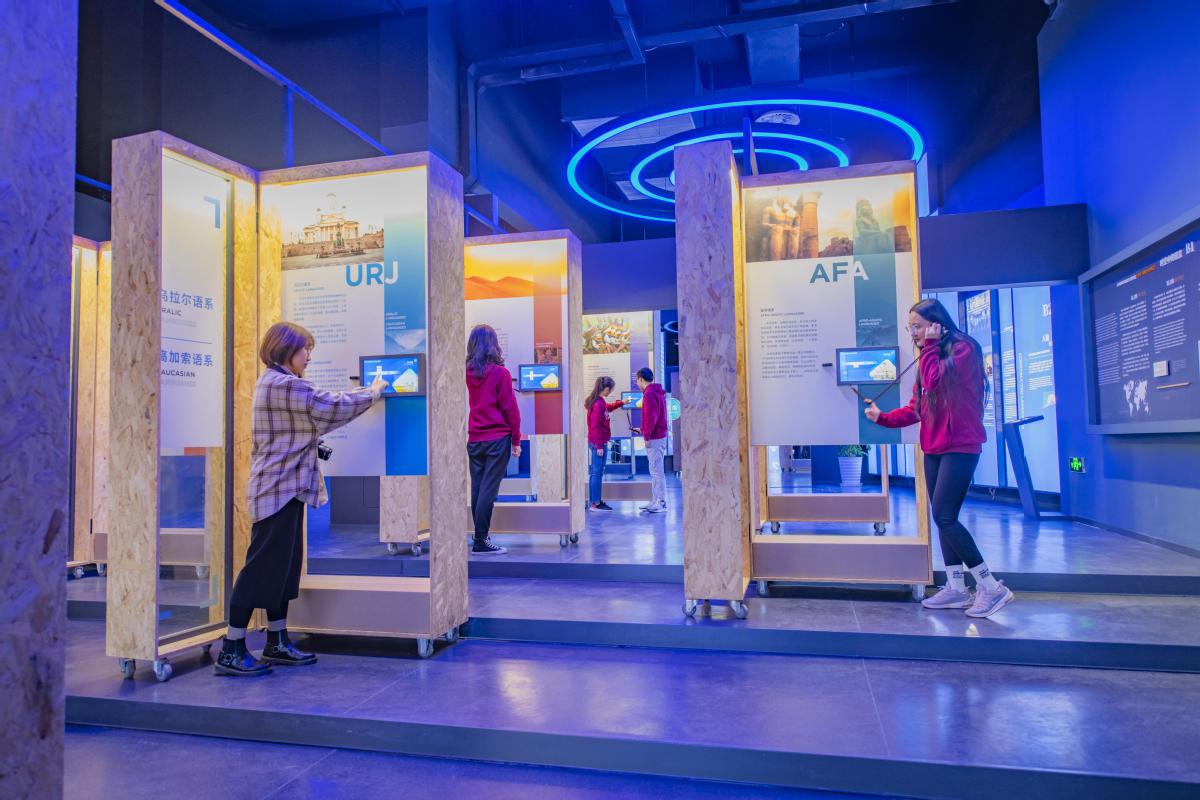 More than 40 students from the university are serving as docents at the museum.

In a special recording booth, visitors can listen to samples of different languages and imitate them or record their own dialects to contribute to a database that can be used for future academic analysis.

"This is probably the first museum in the country dedicated to the diversity of languages," said Zhao Yao, a graduate student at the university.

Zhao was on a team that wrote the narrative texts in the museum under the guidance of the university's professors. Shanghai International Studies University is one of China's top institutions in terms of language, literature and linguistics.

"We strive for both amusement and accuracy in writing the text and combining interesting facts with knowledge of language. It's like writing popular science," he said.

The museum has recruited and trained more than 40 students as docents; among them is Yang Shaojie, a freshman who majored in Japanese.

Over the weekend, Yang provided tours of the museum for many guests who came for the celebration of the university's 70th anniversary.

"Being a docent is a learning process for me; besides memorizing the facts and commentaries, sometimes foreign guests can teach me something new about their language," she said. "It also lets me see the big picture of my major — Japanese is one tree in the forest of human languages."

The idea of building a language museum was proposed three years ago, and the work was taken on by the university's publicity department last year.

"Building this museum is an exploration of SISU leveraging its academic strength and resources, and we hope it will become a world of language for academic exchanges, teaching and research, as well as public education in the future," Yi Yonggang, head of the department, said.