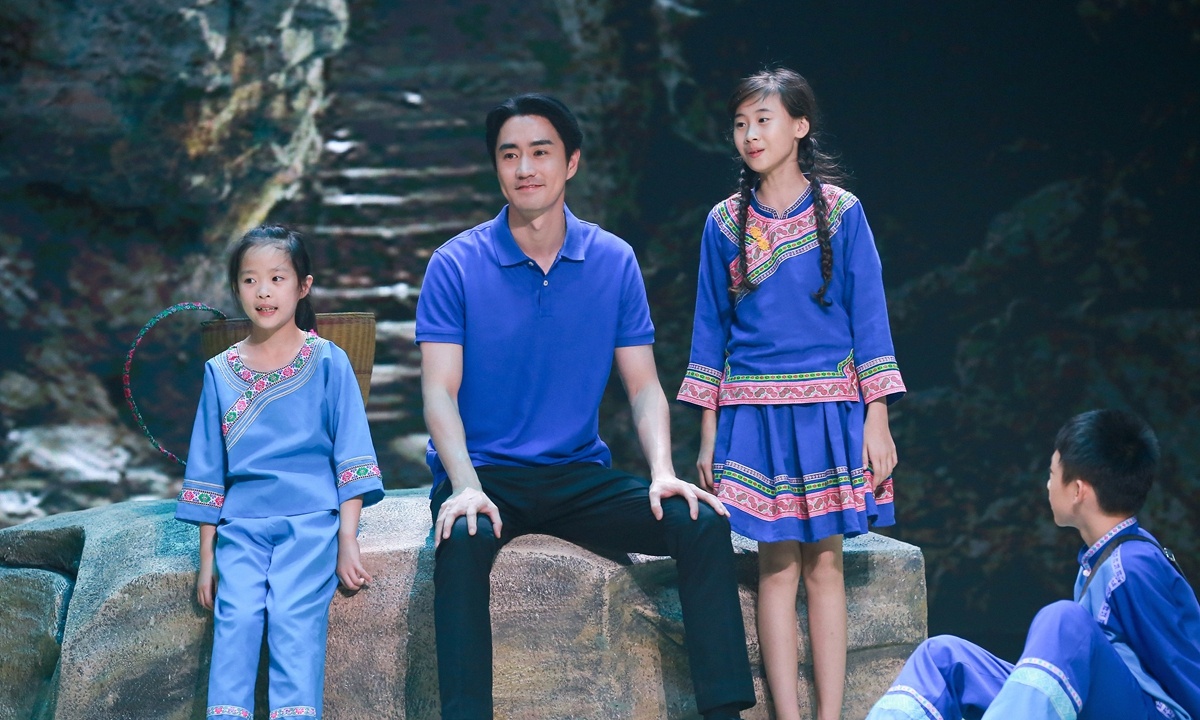 Hunan TV's new variety show Youth on Record has caught the public's attention through its use of celebrity power to promote stories about people who have dedicated themselves to combating rampant poverty in rural areas of China.

The 10-episode series, which airs on Sundays, sees famous young actors visit rural villages and then act out on stage stories on how locals overcame poverty. The documentary/performance format has made the show a huge hit on social media.

Inspired by what Liu and his three partners accomplished, actors Niu Junfeng, Li Wenhan and Zhang Yangyang recreated their stories for millions to learn about their efforts.

Previous episodes have not only attracted young people to watch the show, but also transformed social media into a platform to discuss the country's poverty relief efforts.

The hashtag for the show on China's Twitter-like Sina Weibo has earned more than 440 million views.

A number of common figures like Liu who devoted themselves to poverty alleviation are involved in stories such as a remote village that changed into a major tourist attraction and a father and daughter teaming up to help villagers find innovative ways to make money.

The show has also won applause from scholars and experts for its educational impact and positive message.

Zhang Yiwu, a professor from Peking University, commented that the show's biggest contribution is its ability to touch viewers' hearts with its stories.