CULTURE 'Zika epidemic is not over,' says Brazilian specialist

'Zika epidemic is not over,' says Brazilian specialist 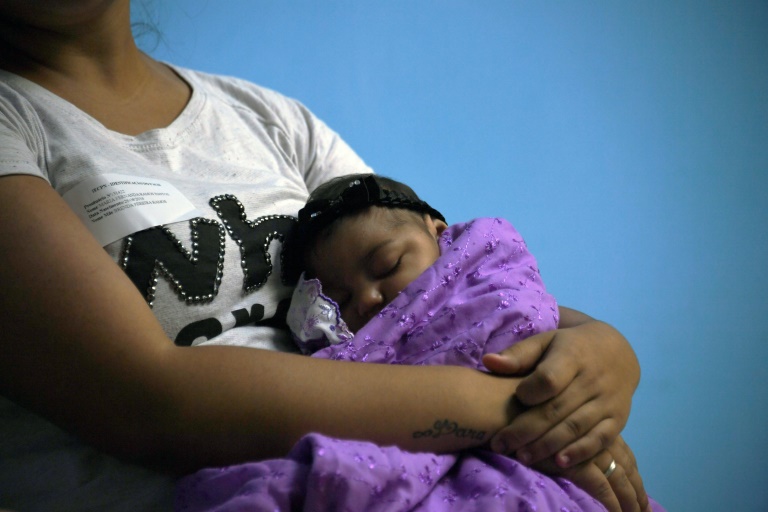 A woman holds her four-month-old baby as they wait for medical exams at the State Brain Institute in Rio de Janeiro, Brazil in 2017(Photo: AFP)

Concern about the zika virus may have waned since the disease spiked in the months before the 2016 Rio Olympics, but the epidemic is not over, a Brazilian expert told AFP.

Gustavo Correa Matta said government spending cuts in Brazil could hamper the ability to control the virus that caused panic, and a small number of deaths, after an outbreak starting in 2015.

"Zika is diminishing in numerical terms and today there are few cases," said Matta, a specialist at the Oswaldo Cruz Foundation scientific research institution in Rio.

"The subject has practically disappeared from the press and the political agenda, but ... the zika epidemic is not over, because its repercussions persist."

According to Brazil's health ministry, zika contributed to an increase in infant mortality in 2016, the first such rise in 26 years.

The virus, first identified in Uganda in 1947, was relatively unknown until it began appearing in northern Brazil in 2015, transmitted by a type of mosquito known as Aedes aegypti.

It quickly grew into an epidemic that exploded throughout Latin America and was blamed for a spike in babies born with microcephaly -- a brain abnormality that results in a smaller head.

The World Health Organization declared a worldwide emergency in February 2016, six months ahead of the Rio Olympics, before lifting it in November.

Brazil ended its own alert in May 2017 after observing a decline in new cases.

But Matta insists there is no reason for complacency.

Zika can be transmitted not only by mosquitoes but by sexual contact.

"In that case, we don't know exactly what the viral load or transmission capacity are," Matta said, adding that questions remain about transmission through the placenta.

"Why were the microcephaly cases more severe in the northeast (of Brazil) than other states?" he said.

It's the uncertainty that worries Matta, given the relative newness of zika.

"We don't have a history to the zika epidemic like we do, for example, with dengue fever," he said. "We don't know what the public's immuno-resistance is, and even less so if those who've contracted it can do so again."

"In the case of dengue, which we've been studying for 30 years, we've seen that it's cyclical, with new epidemics every two or three years."

Matta added: "There are lots of unanswered questions."