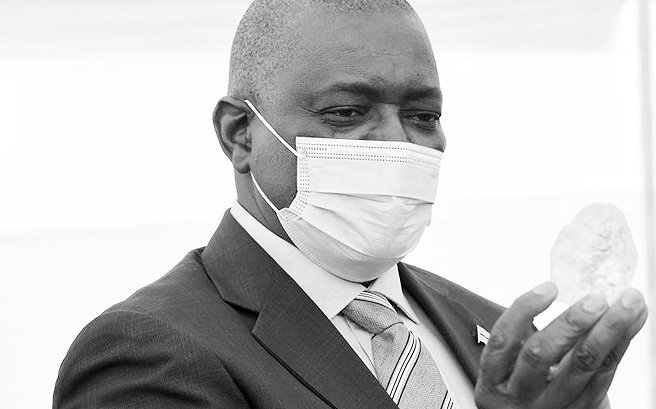 THE Debswana Diamond Company on Wednesday presented a 1,098.30-carat diamond to Botswana President Mokgweetsi Masisi and the Cabinet in Gaborone, capital of Botswana.

According to the company, the stone, discovered on June 1 from the south Kimberlite pipe at Jwaneng mine in the southern part of the country, is the largest of gem quality in the history of the company, a joint venture between the Botswanan government and the global diamond giant De Beers, since diamonds were discovered in Botswana in 1967.

The stone is thought to be among the top five largest gems discovered in the world, and it provides hope to a struggling nation at this time.

"This discovery at this point in time really signifies a new journey for us as a country," said Debswana's acting managing director Lynette Armstrong.

Botswana President Mokgweetsi Masisi praised the two workers who discovered the diamond and stated that the diamond's profits would help to meet the country's development needs.